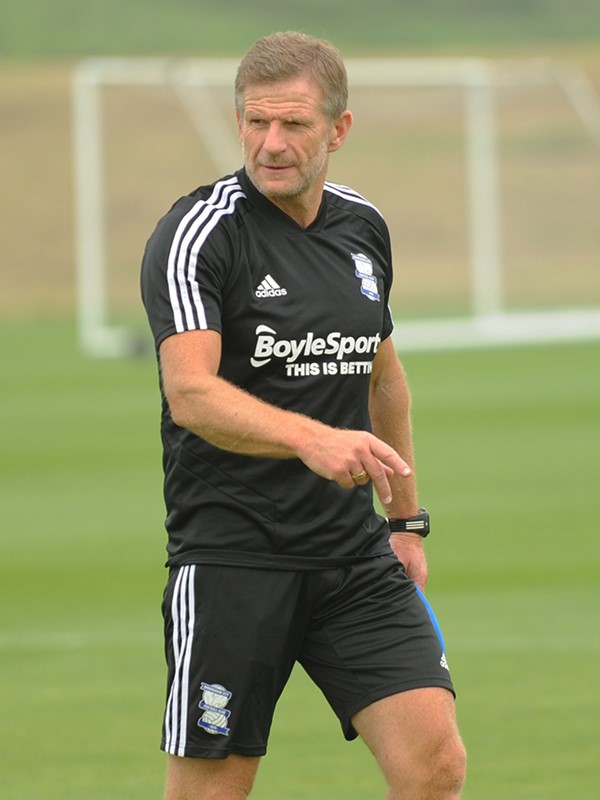 Steve Spooner first joined Blues as an Academy Coach in 2006.

Under his watchful eye, Blues Under-18s twice reached the semi-finals of the prestigious FA Youth Cup tournament – in 2009 and 2018.

As part of a restructuring of Blues' backroom staff in the summer 2019, Spooner was appointed as a Senior Professional Development Coach working with Blues Under-23s.

Before turning his attentions to coaching, Spooner enjoyed his own long playing career spanning two decades, starting as a teenager with Derby County in the old First Division in 1978.

Towards the end of his playing days, the former midfielder began coaching on a part-time basis with Derby whilst still turning out in non-league football for Burton Albion and Gresley Rovers, also helping both of those clubs in a coaching capacity at different times.

Surrey-born Spooner hung up his playing boots for good when he was appointed Youth Team Coach at Rushden.

He was promoted to First Team Coach at the Nene Park club in 2002 ahead of a season which saw the Diamonds win the Third Division (now League Two) title.

Spooner left the now-defunct Northamptonshire outfit in 2004 to take over the youth set-up at Notts County.

He also worked as the First Team Coach at the Meadow Lane club, before joining Blues.