SUPPORTERS CAN LOOK FORWARD TO AN IMPROVED BLUESTV LIVE STREAMING SERVICE THIS SEASON.

BluesTV is your home for live and on-demand Birmingham City FC video content.

Over the summer we've listened to supporter feedback and invested in new sound equipment to greatly improve the quality of audio commentary and crowd ambient sound at all live matches.

Commentary this season will be provided by Jonathan Bell and Paul Tait with match analysis presented by Dale Moon and guests. 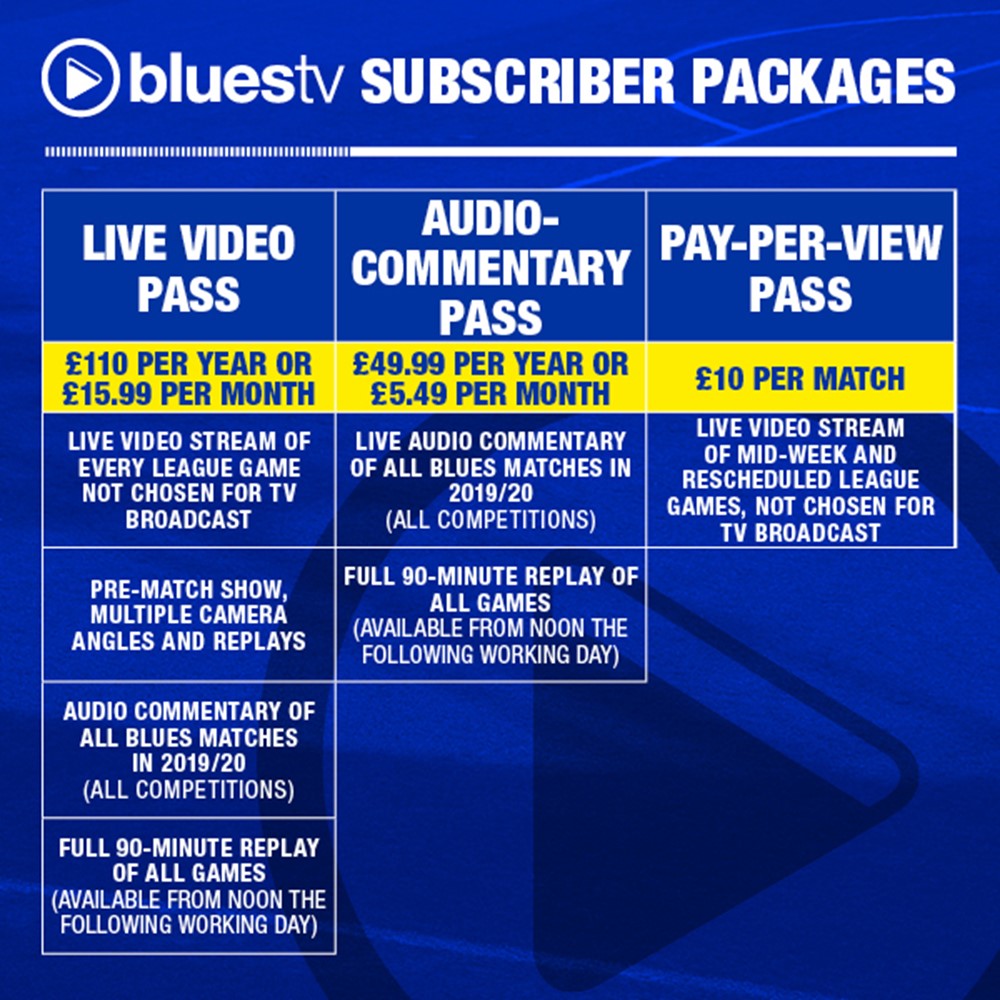 The international live video package continues, costing £110 per year or £15 per month. This package allows fans outside the UK, Ireland, Isle of Man and Channel Islands to watch or listen live to every league game, except for those selected for domestic or international TV broadcast.

Alternatively, for £49.99 per season or £5.49 per month, supporters anywhere in the world can purchase a live audio package and listen to commentary of every game.

Supporters in the UK are also able to purchase pay-per-view live video coverage for selected games at £10 per match. This will be available for matches which do not take place during the UEFA blocked hours of 2.45pm-5.15pm on a Saturday and are not being broadcast on TV.

We're also making more content than ever available via YouTube to Blues supporters, regardless of whether they are a BluesTV subscriber.

HOW TO TUNE IN

The games will be available on desktop, laptop and mobile devices via the BluesTV section of the website or via the BCFC App.

Please note: due to EFL broadcasting rights, Blues matches are unable to be streamed on television connected devices, including games consoles and casting devices. On a PC, BluesTV may experience issues streaming through internet explorer.