Blues remembers former players who lost their lives during the First and Second World Wars.

On Armistice Day, BCFC.com pauses for reflection and explores the stories of those who sacrificed everything during the two world wars for our freedom today.

In modern times, two periods of conscription meant young men were, in effect, legally designated to partake in military service or national service. These windows encompassed the world wars, operating between 1916 to 1920, and from 1939 to 1960.

A number of these young men played for Birmingham City, here are their stories.

An England international and son of the North East, Conlin grew up in Scotland which explains his footballing backstory north of the border. There he represented Cambuslang Hibernian, Falkirk and Albion Rovers as time ticked into the 20th century before signing for Bradford City in 1904. His efforts in Yorkshire earned him international recognition, becoming the first Bantams player to receive an England cap as he played in front of over 100,000 at Hampden Park.

Later in 1906, he joined Manchester City for £1,000 and the tricky winger helped the Citizens to the Second Division title in 1910. A year later Conlin would sign for Blues, making 23 appearances and scoring twice in a spell hampered by injury that lasted just shy of 12 months. His playing days ended with stints at Airdrieonians and Broxburn United, both being impacted by a battle with alcoholism.

When war broke out, Conlin enlisted in the North Lanarkshire town of Coatbridge with the 15th battalion of the Highland Light Infantry as a Private. Having journeyed south, they were deployed across the channel in 1915 and involved in heavy fighting during the Battle of the Somme in 1916. The following year, having been transferred to Belgium, Conlin was killed on 23 June 1917, aged 35. He is commemorated on the Nieuport Memorial. 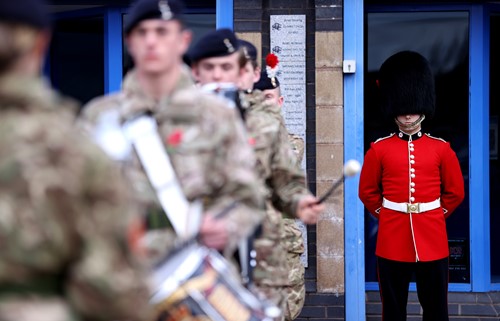 The inside forward began his career with hometown club Barnsley in 1901. There he broke into the first team as a teenager and found the net an impressive 18 times in 46 outings. And this hot form in front of goal was clocked by the Second City, with Small Heath investing in the Yorkshireman after failing to win any of their first eight games upon returning to the top flight. Although things did not start smoothly, as Green was forced to hobble through most of his debut when he sustained an injury after just one minute. The team would, however, go on to finish a modest 11th by the time the 1903/04 term was out.

His most notable moment for Blues came in 1906 when Green struck the first-ever goal at St. Andrew's. In what was only the stadium's second ever match, he hit the opener of a 3-0 success over Preston North End - an afternoon where he notched a brace. Those counters were numbers one and two in a catalogue of 46 during 198 appearances, with the first note on his goalscoring tune seeing him rewarded by being gifted a piano.

Green's playing days ended at Blackpool in 1915, after over 70 games with each of Burnley and Preston North End before serving as a private when World War One intervened. Forming part of the King's Own (Royal Lancaster Regiment), he was killed on 26 April 1917, aged 34. He is commemorated on the Arras Memorial. 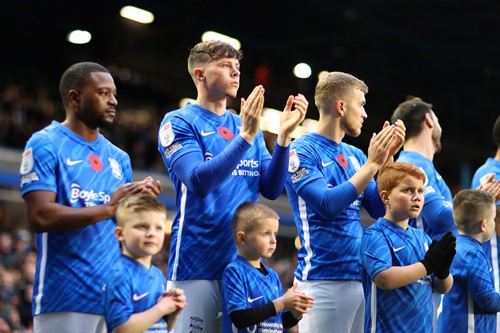 A Welsh international later in his career, Williams was a non-league upstart and his exploits with Bury and Accrington Stanley captured the attention of Blues in 1908. This was continued during a pre-season trial for the recently relegated team and led to his debut at St. Andrew's in a 3-1 success versus Bradford Park Avenue. His impression earned him a start for the next game and by the campaign's halfway mark, Williams had featured a dozen times.

Despite this and scoring a double in his penultimate appearance for the Club, he was deemed surplus to requirements and returned to Accrington. From there he switched to Southern League Crystal Palace the following summer, where he found the net 49 times in 149 appearances and received international caps against Scotland at Tynecastle and Ireland at Ninian Park. He joined Millwall in the February of 1914, his fifth and final club.

Serving for the Duke of Cambridge’s Own (Middlesex Regiment) on the Battlefields of Northern France during the Great War, he was killed on 5 June 1916, aged 31. He is commemorated on the Arras Memorial, as well as on a plaque displayed outside Millwall’s The Den. 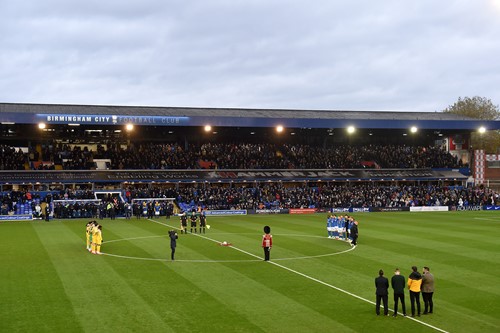 Having grown up in Tottenham, Moles would represent both his local side and near-neighbours Leyton Orient in the Southern League before making his name with Birmingham. He joined Blues in 1909, covering for Frank Buckley who would rise to the rank of Major, but departed within two years due to his overly aggressive playing style.

Moles had originally given a false age when he attested in February 1900 and was discharged after 48 days, later he fulfilled military service as a member of the Footballers' Battalion and then served as a Lance Corporal in the Middlesex Regiment during the First World War. Charged with navigating the warzone along the River Somme, he was wounded and died in Lillers on 7 November 1915. He was buried in Lillers Communal Cemetery. 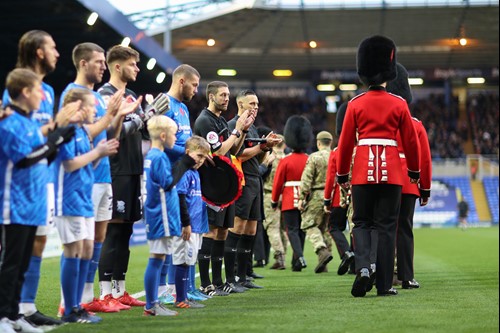 Born in Tyne and Wear, he unsurprisingly began his footballing journey in the North East and first made tracks for Newcastle based Walker Celtic. Farrage then made the jump from the North Eastern League to the First Division and Birmingham. He made his Blues bow in September 1938 and helped the team to a 2-1 win over Leicester City, keeping his place for five of the next half a dozen games as a result.

He scored twice during that run, playing one further time that campaign before appearing in the opening three matches of 1939/40. The season was then abandoned due to the Second World War, with the outside left making guest appearances for Leeds United, Luton Town and Middlesbrough in the wartime leagues.

Farrage was a member of the Royal Army Service Corps until May 1943, when he commenced training with the Parachute Regiment. Serving as a private in the 10th Battalion Parachute Regiment during Operation Market Garden in Arnhem, he was killed on 23 September 1944. He is commemorated on the Groesbeek Memorial. 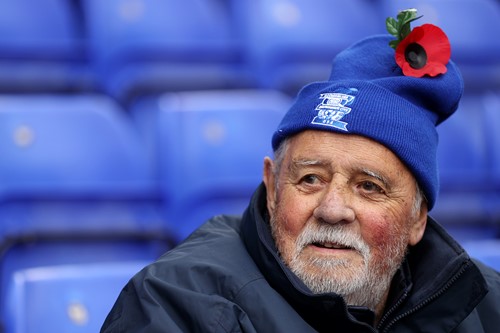 A Brummie defender, Olney was born at the outbreak of World War One and in his younger days participated heavily in the local football scene. He joined First Division Blues in 1936, starting out with the reserves in the Central League. The local lad's First Team bow came on the final day of the 1935/36 season against West Bromwich Albion.

Olney made limited appearances the following campaign, featuring more for Birmingham Combination, due to injuries and transferred to Swindon Town in December 1938. Although his time there was a relative success, it was ultimately short-lived due to the outbreak of war and he returned to the West Midlands where he was listed as a professional footballer and a Birmingham City Police reservist.

He joined the Army in 1940, serving as a Lance-Sergeant in the 5th Battalion, Coldstream Guards and was killed on the 14 September 1944, aged 30. He was buried in Geel War Cemetery and commemorated at Swindon's County Ground.

With thanks to Chris Measey and the Coldstream Guards.