Blues host Blackpool at St. Andrew’s for the first time in six years this afternoon. Here’s everything you need to know about the Tangerines ahead of kick-off…

Blackpool come into this one ninth in the Sky Bet Championship table and in reasonable form too. The Tangerines held third-placed West Bromwich Albion at Bloomfield Road midweek, adding another point to their haul of 27 picked up so far.

Recent wins away at Sheffield United and at home to bitter rivals Preston North End have been impressive and there is hope on the coast in the North West that a second-tier stay will be a longer affair this time around. 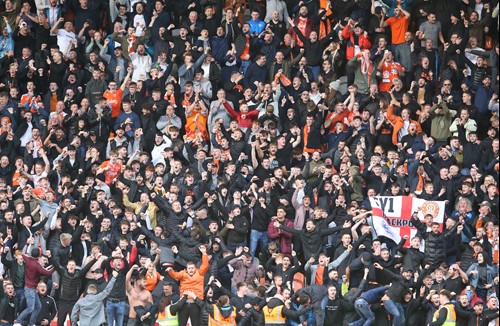 Neil Critchley is the man leading the Tangerines and since joining the club in March 2020, he has done a pretty good job.

The 2019/20 season ended with his side finishing 13th in League One after the campaign was curtailed due to the COVID-19 pandemic. But in Critchley’s first full season in charge, Blackpool finished third, going on to win promotion via the play-offs.

Prior to joining Blackpool, he had held various youth team positions at Liverpool, managing the Under-18s through to the Under-23s, as well as standing in on two occasions as a first team coach.

Critchley is one of sixteen coaches worldwide to have obtained UEFA’s elite badge. 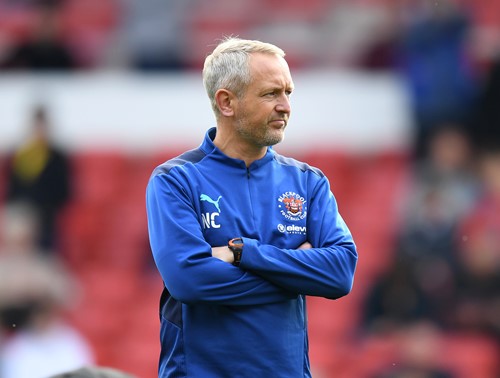 Goals have not been too much of a problem for the Tangerines this season and one man that is starting to get amongst them is Keshi Anderson.

Northern Ireland international Shayne Lavery has seven to his name and last season’s high-flyer Jerry Yates has five. But with three in his last six and four overall, Anderson is finding form at a good time – and it is coinciding with a nice run for the team too.

Strikes against Preston North End and Sheffield United helped towards six points, whilst the former Crystal Palace trainee also dispatched against Swansea last Saturday as the Tangerines battled back to get a point. He is worth keeping an eye on this afternoon. 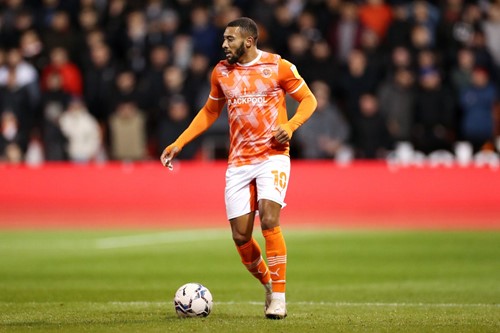 Lee Clark’s return to Blues with Blackpool ended in defeat as Andrew Shinnie’s headed goal was the difference in March 2015.

In a game where on-loan Nottingham Forest midfielder Robert Tesche made his debut for Blues, Darren Randolph had to be sharp to keep out Tom Barkhuizen’s chipped effort 15 minutes from time as Blues held on for three points.

Blues and Blackpool have met 97 times since their first-ever encounter all the way back in 1897.

34 of those games have ended in Blues wins, 40 in Blackpool wins, with 23 draws as well.

Recent form against the Tangerines is good – Blues have won five, drawn five and lost just two of the last 12 showdowns. 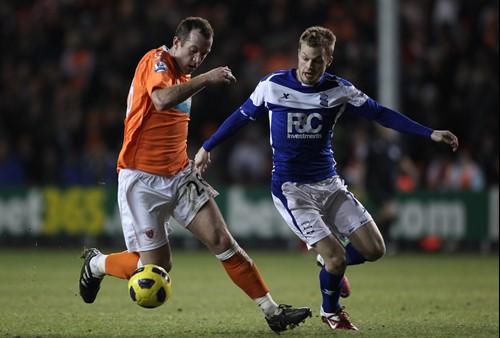 Blackpool hold the unusual record of being the first club promoted from all four divisions courtesy of the play-offs.

Having climbed from League Two to the Premier League in just nine years, the Tangerines began with Divison 3 play-off success over Leyton Orient. The club then beat Yeovil Town 2-0 in the League One play-off final. Finally, Ian Holloway then led the club to a surprise play-off success from the Championship in the 2009/10 campaign, despite heading into the season as one of the relegation favourites. 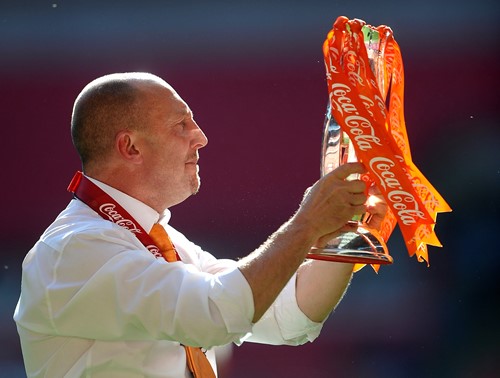