Lee Bowyer was delighted for Lukas Jutkiewicz as he scored the only goal in his team’s battling victory over Blackpool at St. Andrew’s.

The frontman’s effort, his second counter of the season, came just nine minutes from time in a highly competitive encounter.

And the Head Coach could not hide his satisfaction that a striker who has seen game time limited, reminded everybody of his value when it comes to finding the game’s most valuable of commodities.

Speaking to the media post-match, the Boss explained the worth of Blues’ number ten to the team and their ambitions.

He told reporters: “I spoke to him earlier on in the week and said it has been tough for him. Troy [Deeney] has been assisting Scott [Hogan] and creating chances in the last few weeks and Jutkiewicz hasn’t done much wrong.

"Nothing has changed, I still feel the same about him. But Troy is a good player and you have got to be patient. I know it is tough but when you get your chance you have to grab it.

“I told him to go and win the game and that is what he did. I am really pleased for Jukey. He has had to watch a lot of football of late, but I know he is a good pro, when I put him on if he gets a chance then there is a good chance he is going to take it.” 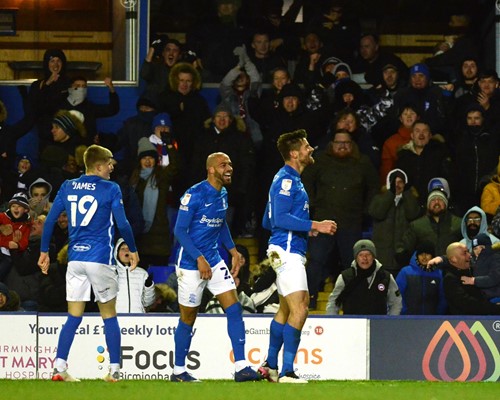 On Saturday afternoon, windy conditions had a detrimental impact on the action, but Blues overcame these to secure three points in the Sky Bet Championship.

Therefore, it comes as no surprise that the Gaffer was pleased with his players’ attitude in finding a way to win in B9.

He said: “I would say a hard-fought three points. It was a game of two halves. They was better than us first-half, we did well to get to half-time 0-0, hung in there. Then second-half I thought we was better than them.

"Conditions played a big part in the game; it wasn’t pretty but the most important thing for me was that we won the game. We got three points and we ground it out, especially with everything that has happened of late, I am really pleased.” 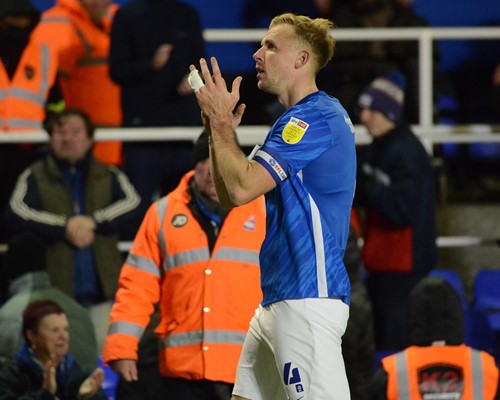 There was then further detail on the encounter, with Bowyer outlining the switch he made at the break to help Blues find a crucial victory.

He explained to the press: “Second-half I changed it to a back four, I didn’t want it to turn into a 0-0. It is risk and reward football matches, but I want to win matches.

"So, I changed it and went to a diamond and we got the overload in the middle of the park, more bodies in the box for when we do get crosses into the box and it paid off. I am really pleased that it did.“ 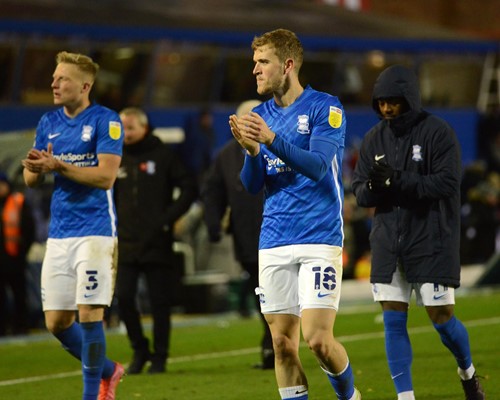 The win was signed off with a tenth clean sheet of the season, meaning the team have recorded a shutout in exactly half of their league outings this term.

Reflecting on the impressive record, Bowyer said: “Ten out of 20 games is some going. The players deserve a lot of credit for that. That takes a lot of hard work, nobody gives you that.

“It is hard work on the training pitch, demanding from them and if your mate is out of position, it’s can you help them out. It is people playing out of position as well. The players have had to keep adapting as well.”

The Head Coach also spoke to BluesTV post-match, with more of his reaction available below.