Against Premier League opposition, Aitor Karanka’s team showed character and spirit but were unable to stop Pep Guardiola’s side from progressing to round four.

Trailing by three at the interval, with a Phil Foden effort adding to Bernado Silva’s brace, Blues continued to battle hard in the second 45 to ensure they could leave with their heads held high.

Aitor Karanka made four changes to the side which last played Blackburn in the Sky Bet Championship over a week ago, including a second Blues start for goalkeeper Andres Prieto. The three further switches saw Maxime Colin brought into the defence, with Jon Toral and Scott Hogan chosen in offensive areas against the six-times winners. George Friend captained Blues at the Etihad Stadium. 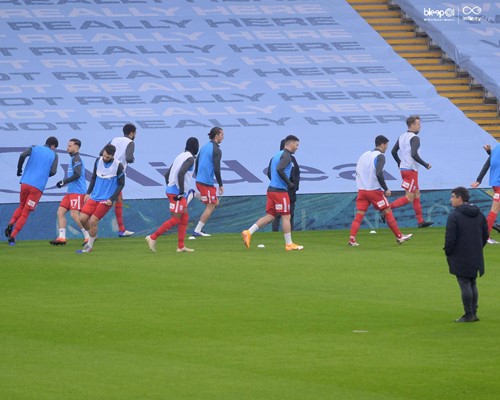 Blues started on the front foot and almost threatened the home side’s goal inside 90 seconds when a fine forward burst from Jonathan Leko nearly offered Toral an early opportunity.

However, this was followed by a period where Blues were camped inside their own half and fell behind in the eighth minute. Defending in unison, little could be done to prevent Silva’s opener as the attacker volleyed a loose clearance into the top corner.

Buoyed by their goal, Manchester City went again and doubled their advantage with a quarter of an hour played. Again, Silva provided the final touch after Riyad Mahrez and Kevin De Bruyne linked up to the give the Portugese International a close-range finish. 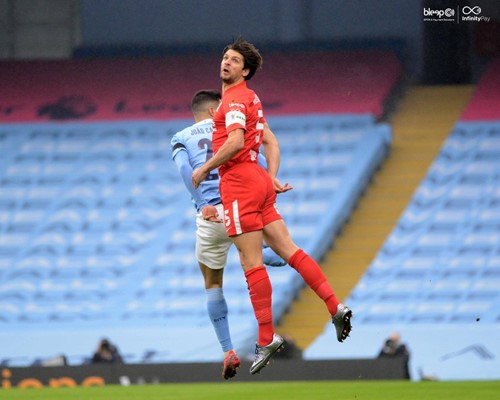 Karanka’s men responded with their own positive attacking forays but were thankful when Prieto had his angles covered as Jesus looked to beat him at the near post. Unfortunately, the Spanish stopper could do nothing moments later when Foden’s left-footed shot found the bottom corner and gave City a third before half-time.

Blues’ Head Coach shuffled his pack for the second-half and pushed Leko further forward as Hogan and Toral were withdrawn. The pair were replaced by former Manchester City youngster Adam Clayton and Marc Roberts, with both throwing themselves into the rear-guard action. 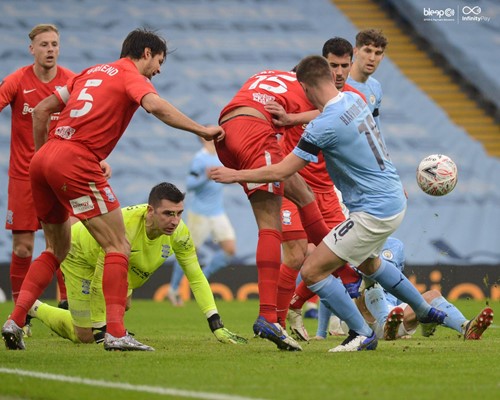 And a well-disciplined Blues backline ensured Mahrez’ far-post finish was correctly ruled out for offside.

A number of changes from both sides disrupted the game’s flow, but as the half wore on Blues remained composed and caused panic in City’s defence when attacking from a Roberts’ long throw.

Blues came closer to scoring shortly after when Jake Clarke-Salter glanced a header wide from Ivan Sanchez’s corner. Then, in both the 81st and 84th minute, Jeremie Bela had Zack Steffen scrambling for fiercesome strikes that were narrowly off target.

The Citizen’s third goal before half-time came after Blues had settled in the north west. Sweeping forward, the ball was eventually worked to Foden who from the edge of the area swept home to extend the host’s lead.

Blues bid farewell to this season’s Emirates FA Cup having previously made it beyond the third round stage in seven of the last 11 seasons. Attention promptly returns to the Sky Bet Championship with exactly half of the Club’s 46 fixtures left to play.

Karanka returns to his former club as Blues visit Middlesbrough in league action next Saturday, with the 12:30pm kick-off available to watch live on Sky Sports Football in the UK. The trip to Teesside comes ahead of a return to B9 on Wednesday 20 January when Preston North End visit the St. Andrew’s Trillion Trophy Stadium.