Ahead of Blues' Sky Bet Championship hosting of Blackpool on Saturday afternoon, BCFC.com takes a look at those, past and present, who have worn the number six shirt for the Seasiders. This is the Numbers Game!

Joining Blackpool on an 18-month contract in January of this year, Kevin Stewart made Bloomfield Road his fourth permanent destination and eighth club of a career that started with Tottenham Hotspur as an academy graduate.

In North London, the defensive-minded player was limited to development football and would make his professional debut at Crewe Alexandra in the first of four appearances for the Railwaymen at the end of the 2012/13 season.

Further outings for Spurs' youth sides were chalked up the following campaign before Stewart joined Liverpool in July 2014. Initially signing a two-year contract, his next taste of senior football came during loan spells at Burton Albion and Swindon Town, scoring the title-winning goal for the former as they won League Two.

Back on Merseyside, Stewart featured twenty times in all competitions - being booked on his Premier League debut against Blues' Second City rivals - ahead of joining Hull City for an undisclosed fee in summer 2017. Appearing 78 times for the Tigers, he was released following relegation at the end of the 2019/20 season and joined Neil Critchley's Tangerines six months later where he was promoted to the Championship. 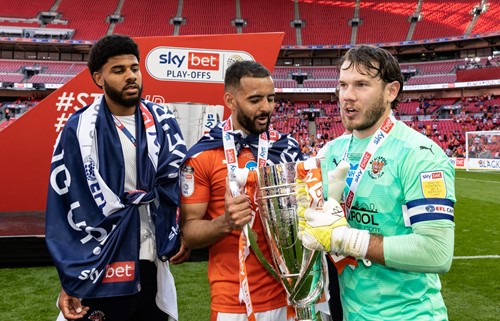 In the ninth and final club of his playing career, it was with Blackpool that he recorded the second-most appearances. During what was a 141 game stint, he won the Football League Trophy in 2004 and eventually retired to focus on managing the club he would go on to lead to 2007 third-tier play-off glory.

Originally a six-month loan acquisition in 2006, the defender's contract was terminated by Queens Park Rangers to allow for a permanent move to Blackpool. Then in League One, he would represent the Seasiders through the divisions and was there one ever-present in their only Premier League season to date - a highlight of seven years in FY1.

Picking up the number six jersey during his second and final campaign at Bloomfield Road, the 6 foot 3 inches tall defender had arrived in August 2013 after leaving Rangers. In 68 outings, the Scotsman scored twice and captained the side on five occasions when regular skipper and compatriot Gary MacKenzie was sidelined.

Putting pen to paper on a two-year contract last summer, the North-East born midfielder brought to an end a 16-year association with Sunderland when he joined Blackpool. During the 2020/21 term, he turned out 36 times before moving on loan to Milton Keynes Dons in July of this year. 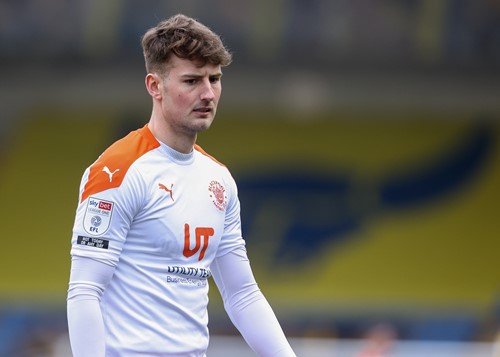