Blues can confirm that Keyendrah Simmonds has joined Grimsby Town on loan until January.

The attacking midfielder embarks on his first loan away from the Club to further his development after signing from Manchester City in January 2021.

Currently, he has made two First Team appearances for Birmingham City, recording his debut on the final day of the 2020/21 Sky Bet Championship season away to Blackburn Rovers. 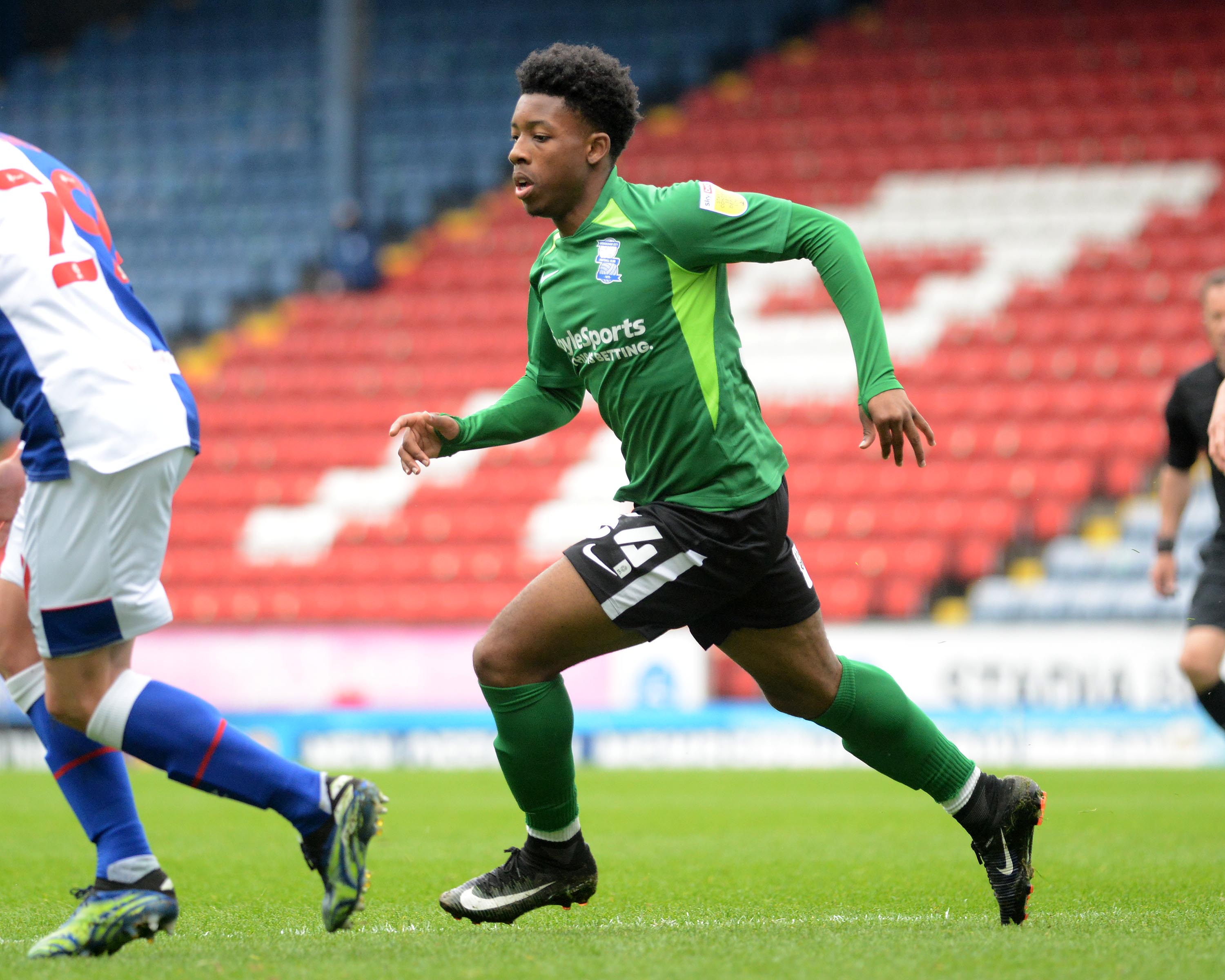 Keyendrah Simmonds during his Blues debut at Ewood Park.

He also ended that campaign by putting in a wonderful showing as Steve Spooner’s Under-23s won the Professional Development League national title over Sheffield United at Bramall Lane.