Onel Hernandez became Blues’ third arrival of the transfer window when he joined on loan from Norwich City. Get ready to watch the new recruit with everything you need to know about the winger.

1) Onel Hernandez was born on February 1 1993 in Moron - Cuba’s 19th most populous city - and he emigrated to Germany from North America as a six-year-old to live with his mother, Yaneisy, and his German stepfather, Ewald.

2) It was in Western Europe that he started his career as an academy player for a number of sides, all of which are located in the state of North Rhine-Westphalia. This saw him move from TuS Westfalia Neuenkirchen, where his stepdad was a coach, to FC Gütersloh 2000 and then Rot Weiss Ahlen as he began to outgrow steps four and five of the Deutschland football pyramid.

3) His next transition took him further up the food chain when he signed for Arminia Bielefeld age 14. And he was handed his debut as a second-half substitute against SC Paderborn 07 three years later in October 2010 by 72-time Germany international Christian Ziege.

4) But the manager, who as a player spent five years in England, was dismissed a month later and Hernandez’ first team opportunities during the second-half of the season were cut as Arminia suffered relegation to the third tier.

5) In 3. Bundesliga the wideman featured 18 times and in doing so brought his appearance total with Die Blauen – which translates as the Blues – up to 31 ahead of a switch across the state border to Werder Bremen II.

6) Taking to the field in the Regionalliga Nord for 18 months as a Bremen player, he recorded 19 goal contributions in 46 outings and when playing alongside future Norwich City teammate Tom Trybull, won eight of the 12 matches. 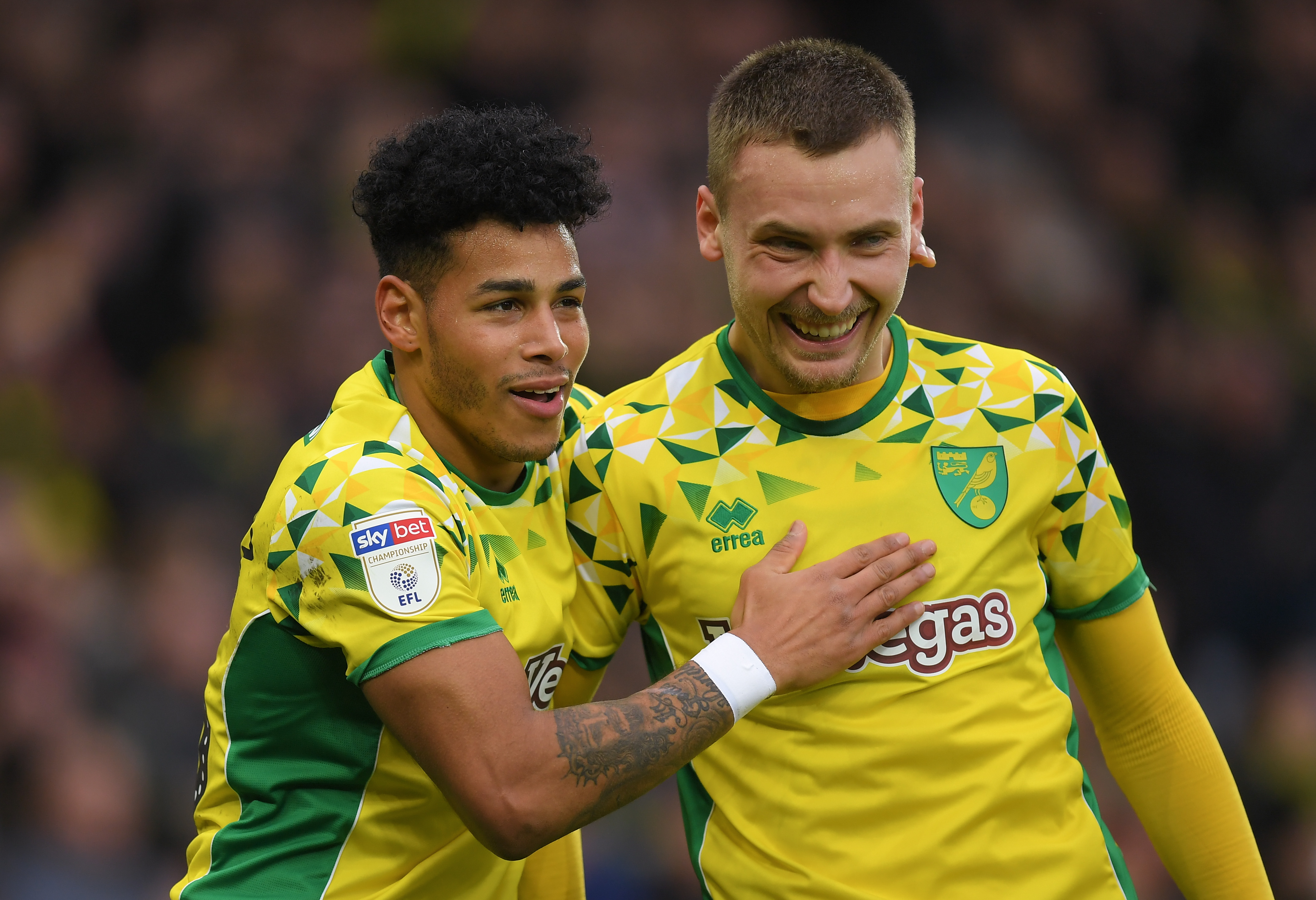 Onel Hernandez and Tom Trybull team mates in both Germany and England.

7) After 18 months he transferred to league counterparts VfL Wolfsburg II and by the end of the 2013/14 term they topped the standings, only to lose out 1-0 on aggregate against SG Sonnenhof Großaspach in the end of season play-offs.

8) The next two seasons saw Hernandez be pipped by former club Bremen to first position in 2015 before Wolfsburg were back top of the pile 12 months later, again, however, losing out in the play-offs – this time versus Bavaria based SSV Jahn Regensburg.

9) Hernandez was though able to secure a promotion, with his seven counters in just over a half-century of appearances earning him a move to the 2. Bundesliga as he signed for Eintracht Braunschweig in June 2016.

10) Under Torsten Lieberknecht’s management, he was a regular feature in the team that narrowly missed out on promotion to the top flight when falling short against previous Bundesliga champions Wolfsburg. However, a continued progression saw him snapped up by Daniel Farke - who formerly coached just 10 miles from Hernández’s home at SV Lippstadt – for a seven-figure fee. 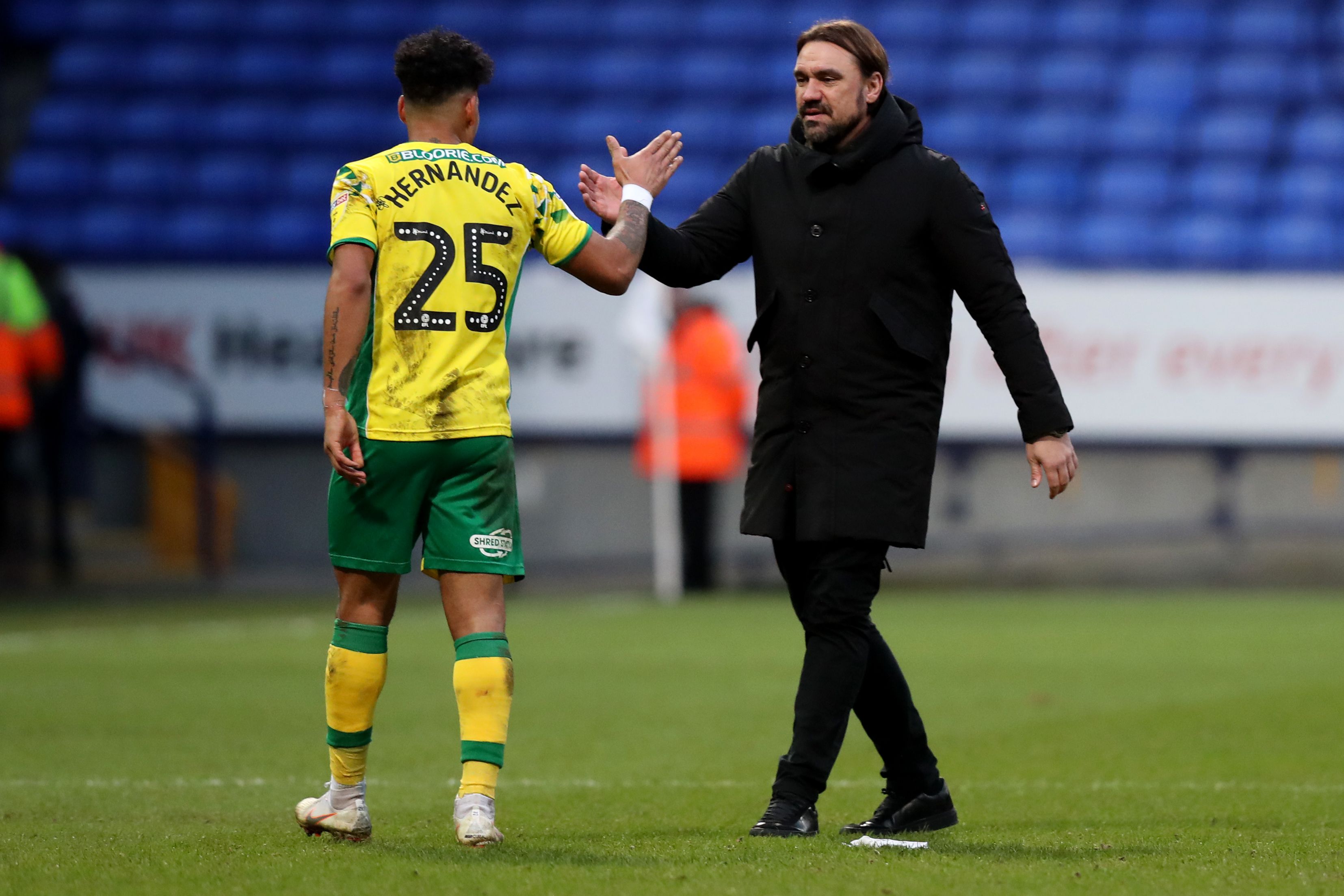 Daniel Farke got the very best out of Onel Hernandez at Norwich City.

11) Having settled in during the second-half of the 2017/18 season, after arriving during the January window, he took off the following campaign and recorded ten assists and eight goals, the first two coming in a 2-2 draw with Blues on the opening day at St. Andrew’s. Other notable counters included a brace during a 3-3 thriller against Nottingham Forest, with Hernandez scoring in the 94th and 98th minutes to help bring Norwich from 1-3 down to take a point.

12) There was also a strike during the 3-0 success over fierce rivals Ipswich Town in the Old Farm Derby as the Canaries ended the season on 94 points, enough to win the Sky Bet Championship ahead of Sheffield United thanks to success against Blues’ city neighbours on the final-day when Hernandez laid on Teemu Pukki’s opener.

13) History was to come next when he became the first Cuban to play in the Premier League, facing Liverpool at Anfield, and to score in the competition when he blistered through Manchester United’s defence at Carrow Road. 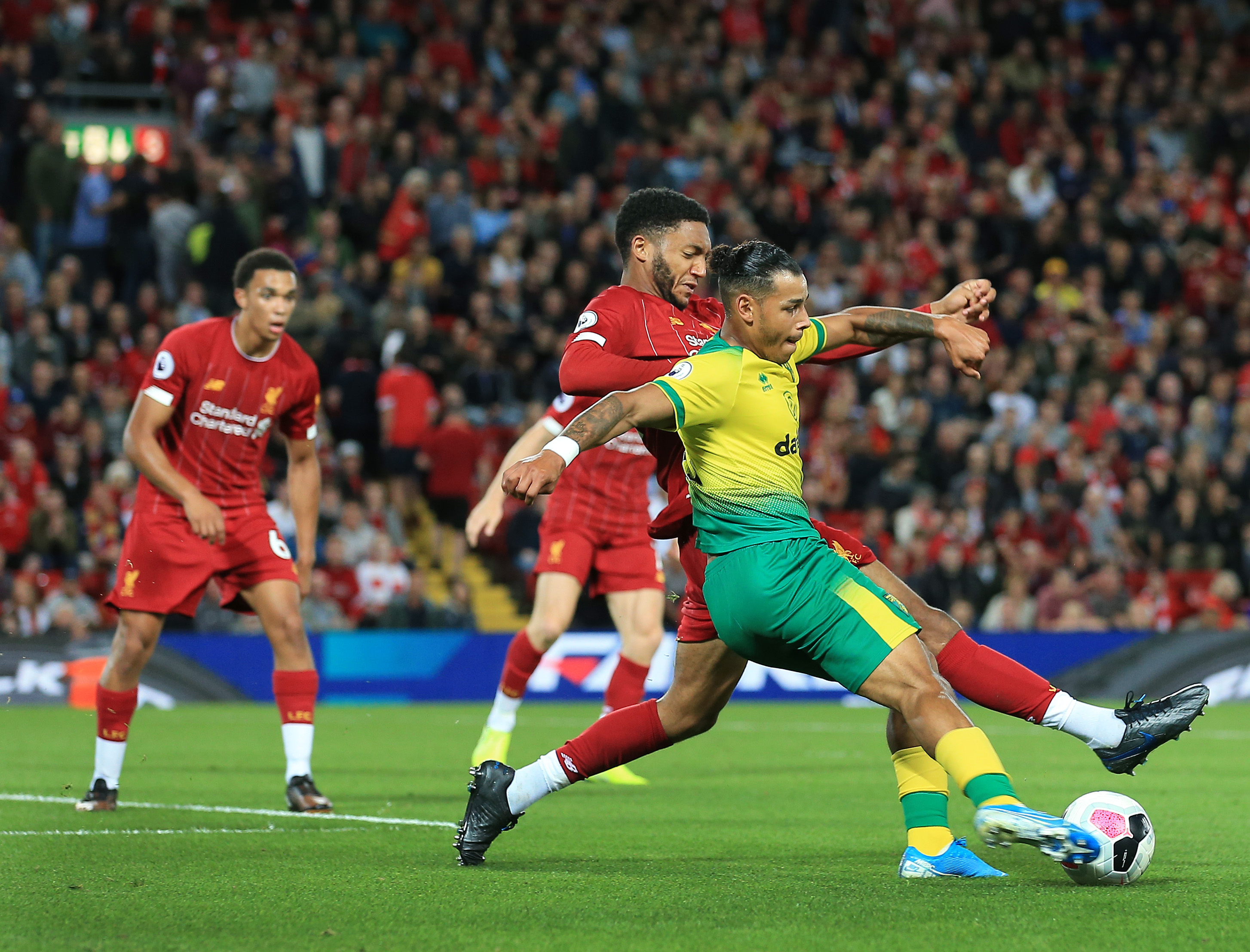 Onel Hernandez made his Premier League debut on Merseyside in August 2019.

14) Although the season ended in relegation during project restart, Hernandez helped Norwich win the second division again and was involved in the biggest victory of his career as the yellows put seven without reply past Huddersfield Town. This came just weeks after the Cuban had earned his first two international caps, hitting the net in a World Cup qualifier away to Curacao in March of last year.

15) On Friday 14 January 2022, Blues revealed their third signing of the transfer window, with Onel Hernandez joining on loan until the end of the current season after his loan at Middlesbrough was ended.