The two sides face off under the lights at St. Andrew's, kick-off 7.45pm, as they get the second weekend of Football League action underway, seven days on from the Terriers losing the curtain raiser at home to recently relegated Burnley.

Birmingham City made a better start to the campaign, collecting a well-deserved point and keeping a clean sheet as they restricted last term's losing play-off semi-finalists, Luton Town, away from home.

Next up is the team that pipped the Hatters to a spot at Wembley, with the visit of Town the first of seven games in August for John Eustace's men, including a trip to Norwich City in the Carabao Cup next Tuesday.

However, full focus remains on matchday two and securing a maximum over a visiting club who are unbeaten in the last three meetings going into what is the fixture's 118th playing. 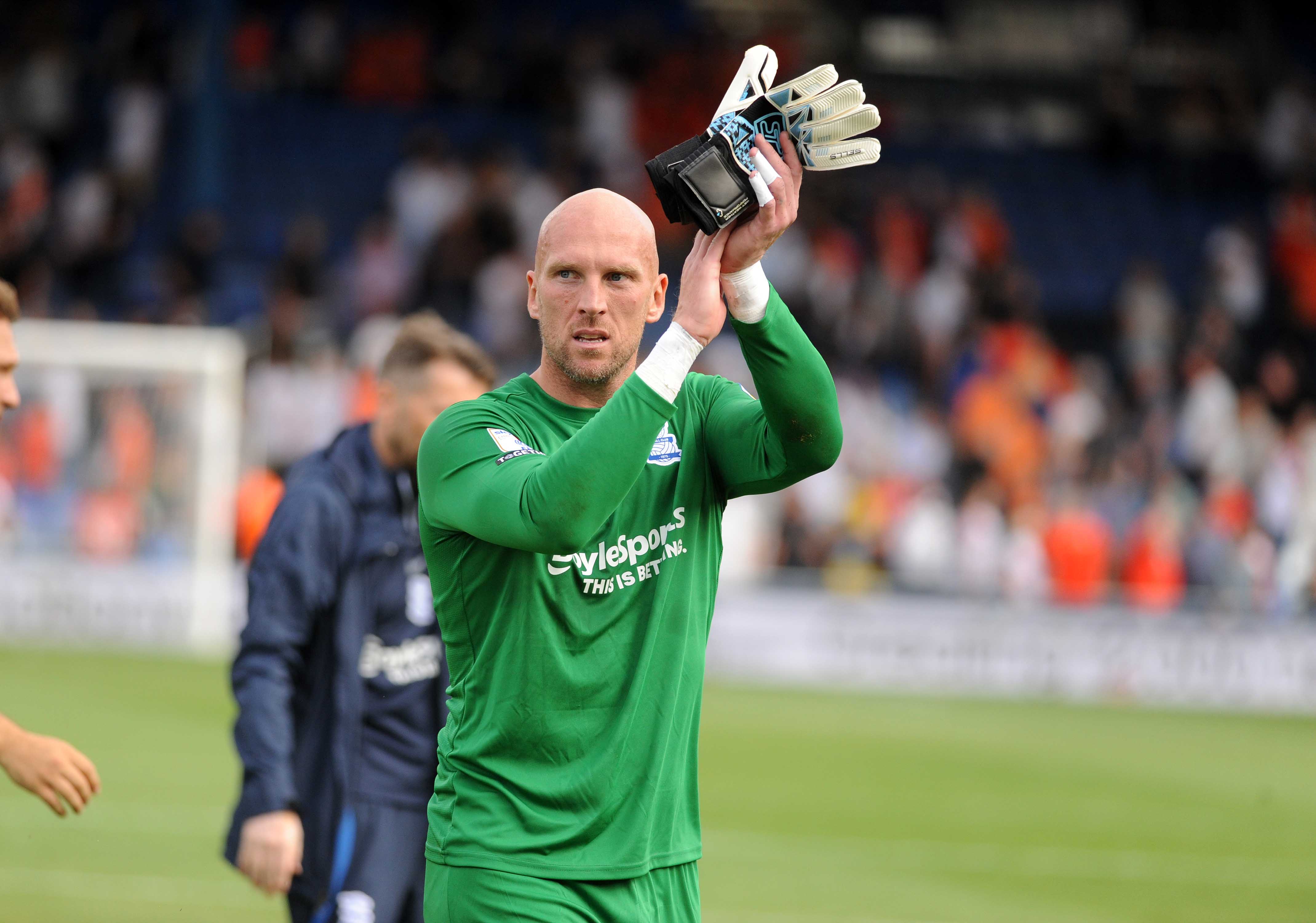 John Ruddy applauds the travelling Bluenoses after completing a shutout away to Luton Town.

Fans are urged to enjoy the game in a safe and positive manner, recognising the impact that any anti-social behaviour will have on other spectators. The Club reiterates its zero-tolerance policy on violence, drunkenness and pyrotechnics. In particular, any individual carrying, lighting or throwing pyrotechnics will be arrested and also subject to possible legal action.

After losing the play-off final to Nottingham Forest three months ago it has been a close season of change for Huddersfield, with half a dozen first-team players being released at the start of June - one of whom was Blues nemesis, Fraizer Campbell.

But if that was pre-determined, then the protracted departures of Lewis O'Brien and Harry Toffolo to Forest were a bitter pill to swallow, the pair having been fulcrums in their success under Carlos Corberan who resigned earlier in July.

A succession plan was already in place and Danny Schofield stepped up from his role of professional development coach, taking the reins of a club he represented for a decade as a player between 1998 and 2008.

Since his appointment, the 42-year-old has overseen five incomings, including that of Kyle Hudlin from Solihull Moors and Tino Anjorin who returns for a second successive loan spell from Chelsea. Prior to his transition to Head Coach, Town had made four captures, the most notable to Bluenoses being that of former Birmingham winger Connor Mahoney. 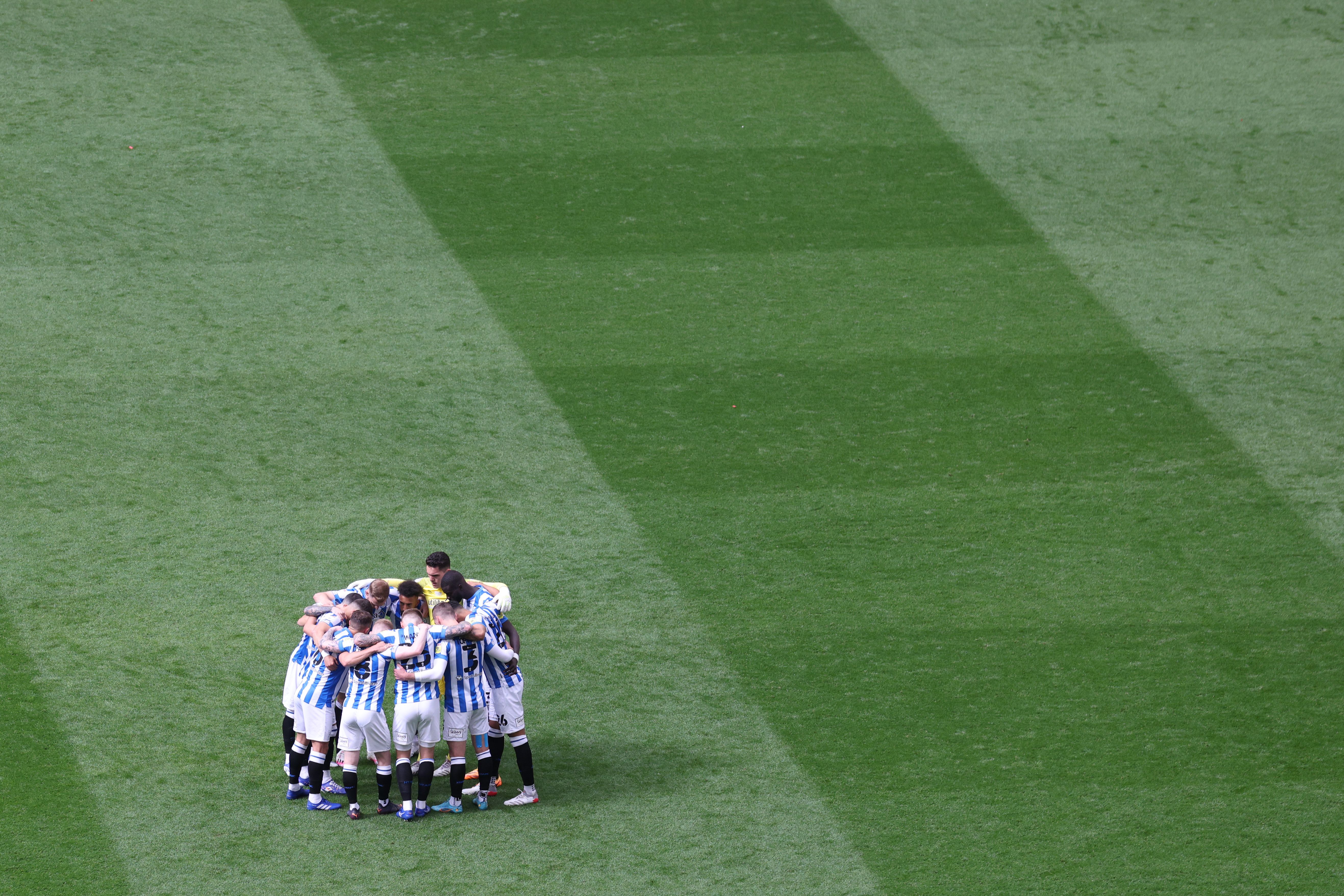 Huddersfield Town are much changed from the team that lined up at Wembley in May.

Blues put in a full-proof defensive showing as they kicked off on the road at Kenilworth Road. Luton, who finished sixth last season, were unable to find a way through Eustace's well-drilled team and after Luke Freeman brought the best out of John Ruddy early on, the Hatters were kept at arm's length. In contrast, both wing-backs, Maxime Colin and Przemyslaw Placheta, kept Ethan Horvath honest between the sticks and although he was not significantly tested after the break, on another day Blues could have scored from a series of second-half corners.

Huddersfield continued their opening day woes with a narrow defeat to Burnley at the John Smith's Stadium. Ian Maatsen's 18th-minute curler was the difference, although the gap was greater than the scoreline suggests and Lee Nicholls superbly denied Connor Roberts soon after. But on a tricky night for the Terriers, they were unable to produce a shot on target and were relieved to watch Scott Twine's second-half free-kick bounce out off the post. 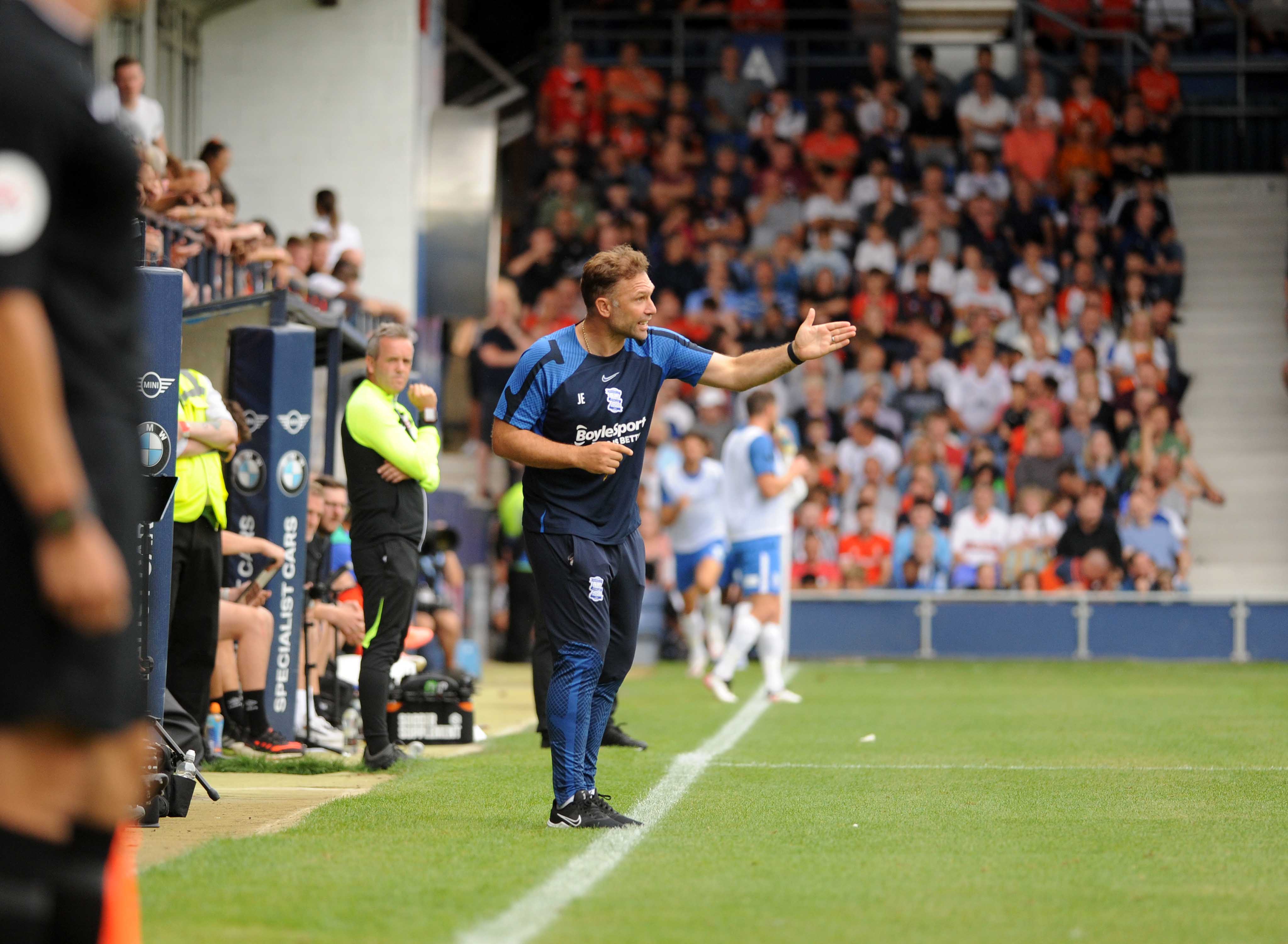 As Birmingham returned to its roots and was renamed Small Heath Alliance for the day in honour of the final series of the BBC's Peaky Blinders, there was a lack of cutting edge for the hosts on an afternoon when striker Lyle Taylor withdrew injured during the warm-up. Instead, an in-form Town profiteered and led through a fortuitous own goal before Lewis O'Brien robbed possession to double their advantage before the break. Blues responded well after the interval and Onel Hernandez forced a fine save from Nicholls, but issues with player availability hindered the home team from hitting their stride. 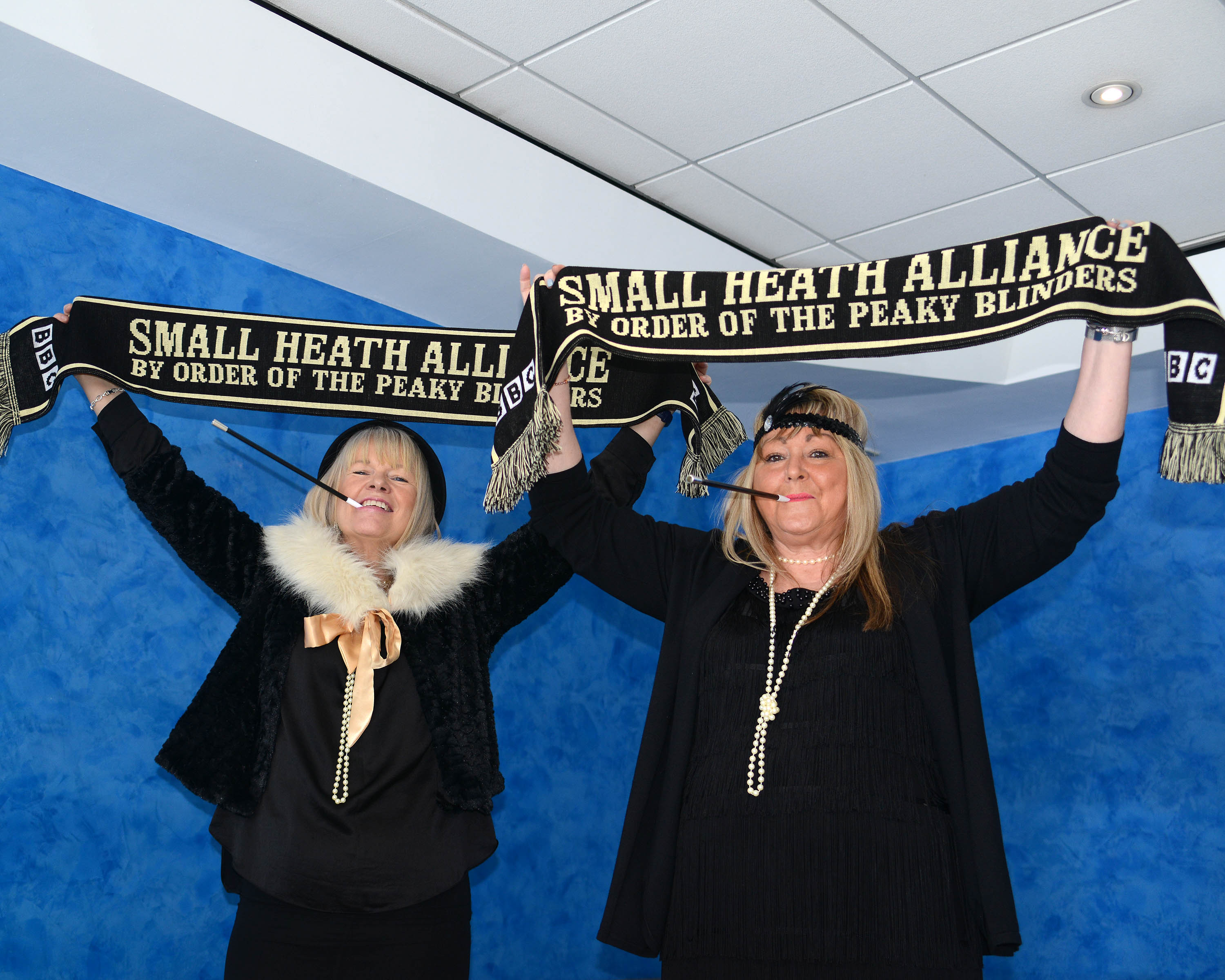 George Hall and Ryan Stirk are back and available for selection. Both Gary Gardner and Nico Gordon continue to make good progress, with Krystian Bielik a couple of weeks away. 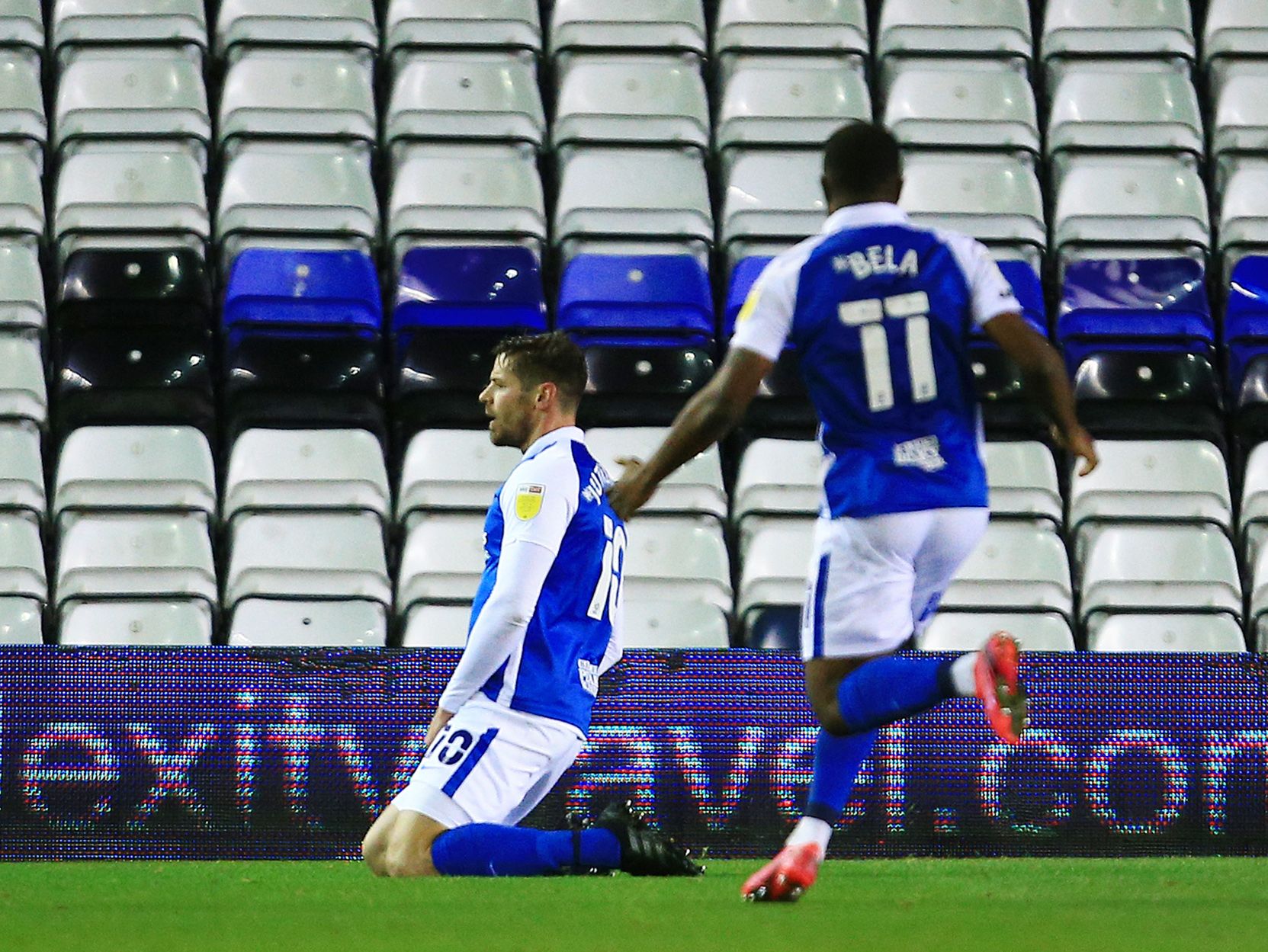 Supporters can watch the game against Huddersfield by purchasing a match pass for £10.