Blues were narrowly beaten by Norwich City in the Sky Bet Championship on Tuesday night.

Scott Hogan's neatly finished 50th-minute opener was equalised by Andrew Omobamidele shortly after the hour as Birmingham City looked well on course to again hold one of the recently relegated teams at St. Andrew's.

That was until second-half introduction Onel Hernandez scored an injury-time winner on his return to the West Midlands.

The Head Coach made three changes to the side that lost to Rotherham United on Saturday. Jordan James and George Hall were replaced by Alfie Chang and Gary Gardner, whilst Maxime Colin missed out through injury, meaning Jordan Graham took his place. 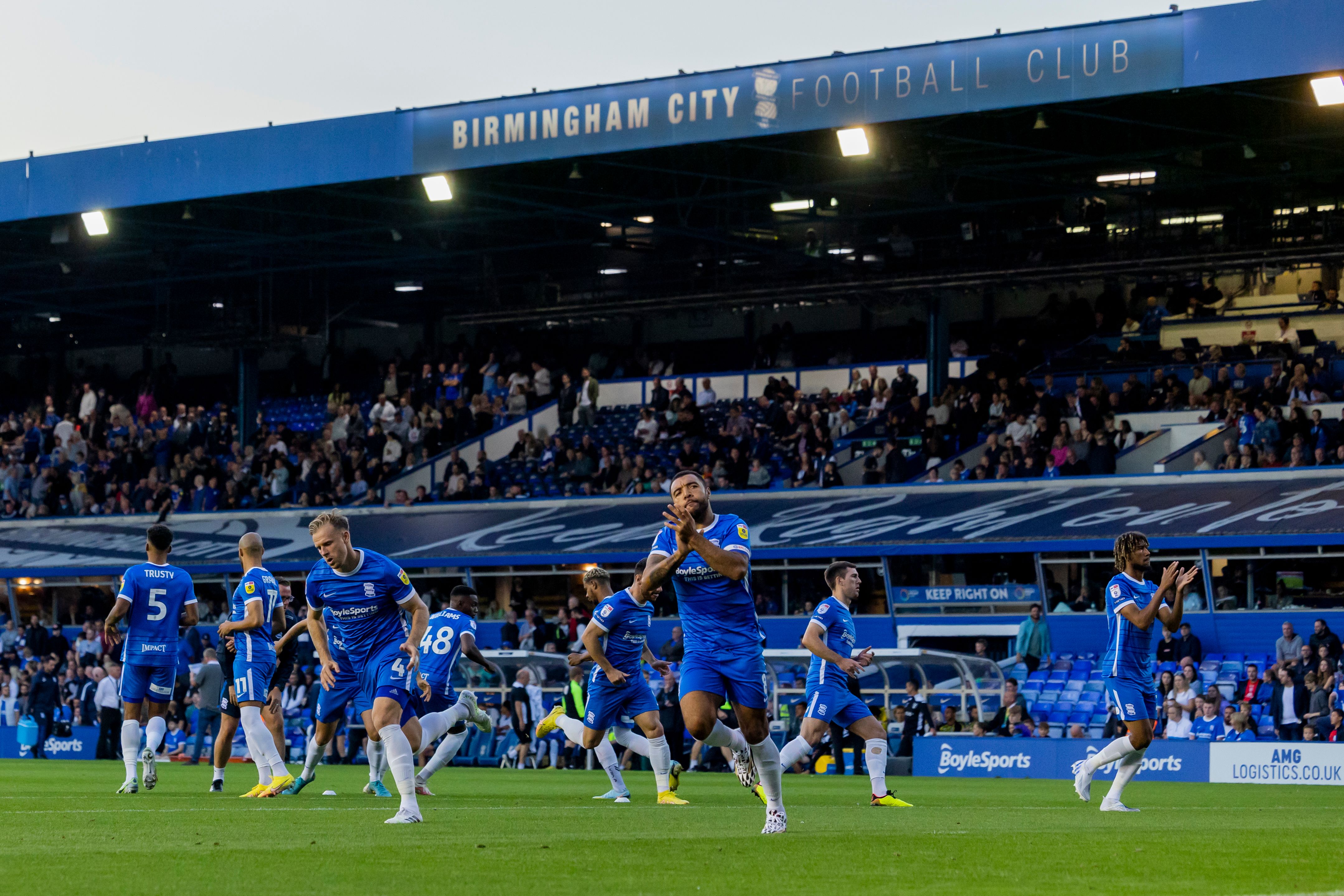 Blues' players applaud the supporters ahead of kick-off.

Both teams approached the match full throttle and the only rest bite in the opening quarter of an hour were cautions shown to Josh Williams and Kieran Dowell. Prior to these bookings, Blues were having joy down the right and Scott Hogan was just unable to sort his feet out in time to a low Juninho Bacuna cross.

At the other end, Dowell volleyed wide a Max Aarons delivery before the game began to settle down. A midfield battle commenced and the wide areas were generally neutralised, with Norwich showing particular concern to the threats of Josh Williams.

There was instead joy down the left and when Jordan Graham delivered invitingly, Hogan was fractions from getting a telling touch at the near post.

Nonetheless, Eustace's men had to remain alert to Norwich's capabilities and, thankfully, Dion Sanderson certainly was. Just as Sam Byram was about to let fly on a loose ball inside the penalty area, the centre-back extended his leg to slide in and eliminate the danger.

Fellow defender Auston Trusty was also sharp to any threat moments later, protecting his goal and clearing an effort from compatriot Josh Sargent after he had bundled his way through and then around John Ruddy. 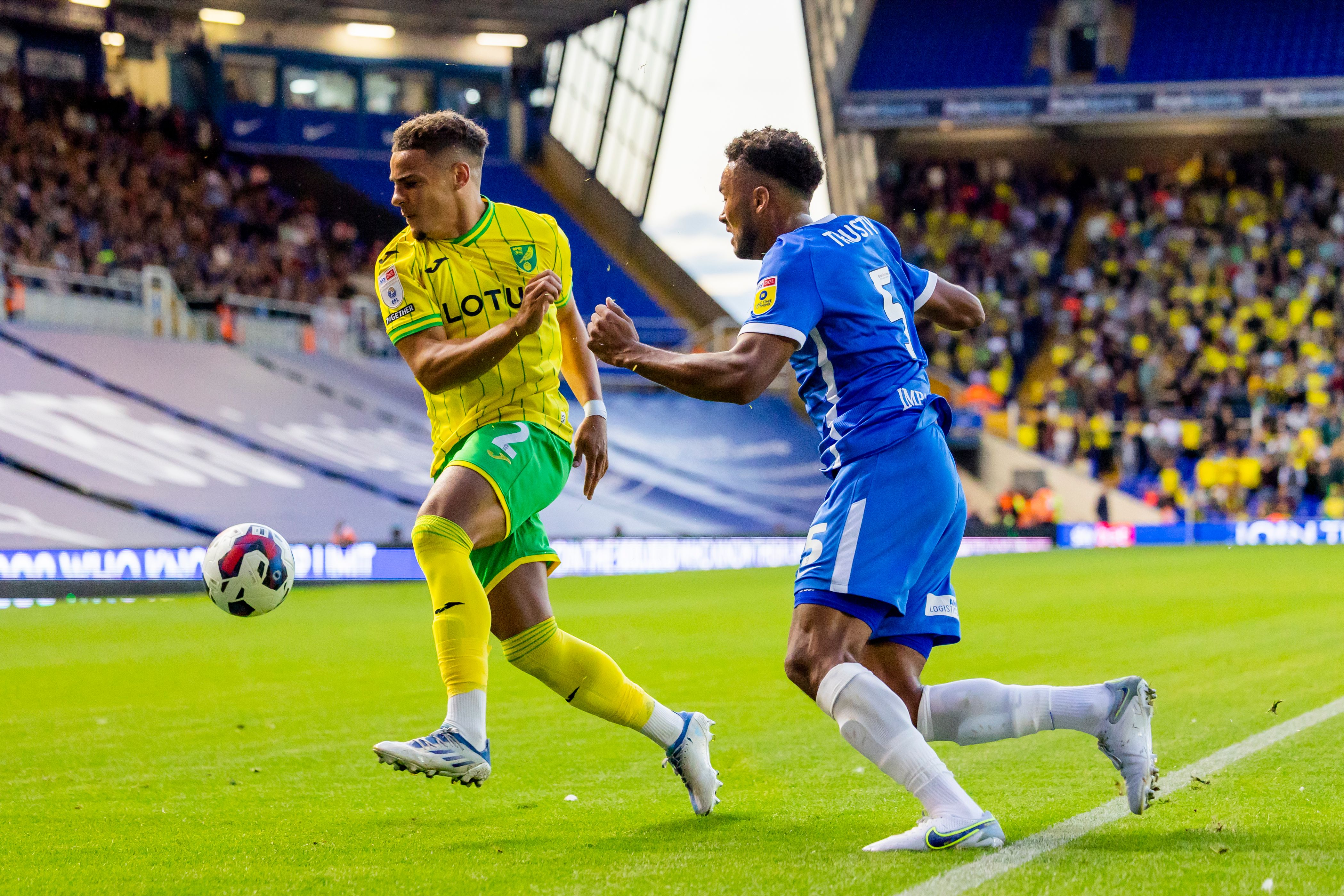 Blues showed intent right from the off in the second-half and Grant Hanley had to block Alfie Chang's shot from inside the D. However, it was another touch from a Norwich defender, Omobamidele, that played a key role in the opener.

Bacuna's sweeping delivery off the left, after Jordan Graham had triggered him to run the channel, was deflected into the path of Hogan. Although, still with work to do, the number nine kept his cool and effectively cushioned the ball past Tim Krul from close range.

Soon after, Troy Deeney just needed to take a little off his effort that whizzed over the crossbar as Birmingham looked to strike again. And an already buoyant B9 crowd were given another boost when Hannibal came on for his debut, a shade over 24 hours from signing for the Club.

But there was an unwelcome twist shortly after the hour when Dean Smith's charges levelled. Initially, Ruddy did excellently to parry out a vicious Marcelino Nunez free-kick, although he could do little to prevent what followed, as Omobamidele lashed in from the subsequent goalmouth scramble.

Now with their tails up, Norwich really should have gone ahead. First Sargent failed to convert a diverted cross and then substitute Teemu Pukki slashed wide from inside the area.

As night was falling temperatures on the field were rising and when Trusty and Krul both jumped for a spiralling Williams delivery, the Blues man was adjudged to have fouled the opposition goalkeeper and was subsequently booked as Omobamidele took objection to the 50-50 challenge.

Deeney then put his body right in the heat of battle, courageously launching himself in front of a stinging Nunez attempt and the fighting spirit was infectious, with George Hall's tenacity helping the hosts go from defending a corner to winning one quick as a flash.

From that set-piece, Marc Roberts beat his marker to the header and Krul had Pukki to thank for clearing the effort. Then, in the third of seven additional minutes, the Finnish international showed his value at the other end. He slipped in Hernandez and the former Blues man stole the points thanks to a low shot. 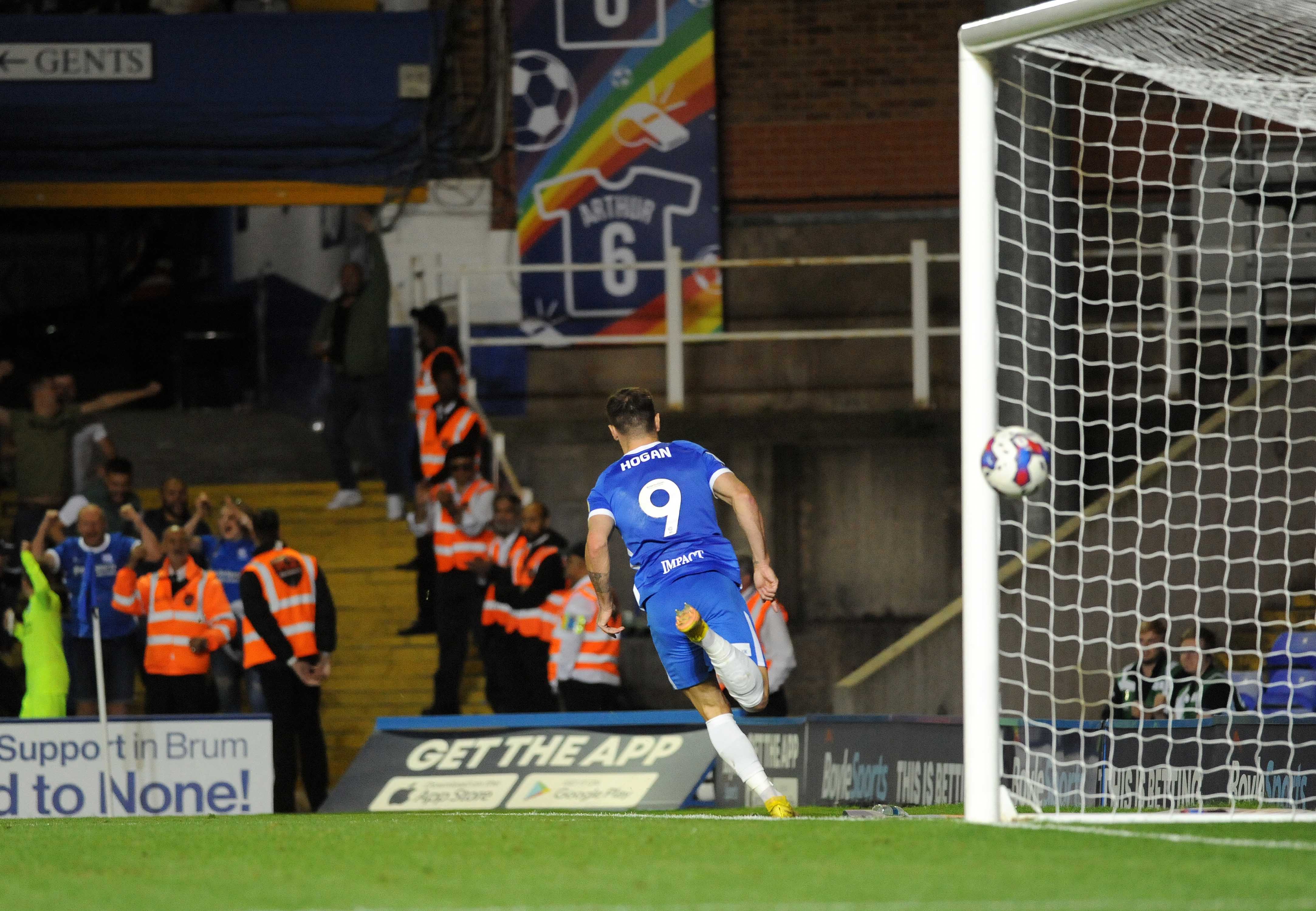 Scott Hogan wheels off in celebration after putting Blues in front.

Hogan's second goal of the campaign, both of which have come at St. Andrew's was the perfect start to the second-half and gave Blues an added injection of confidence against a well-equipped Norwich side. 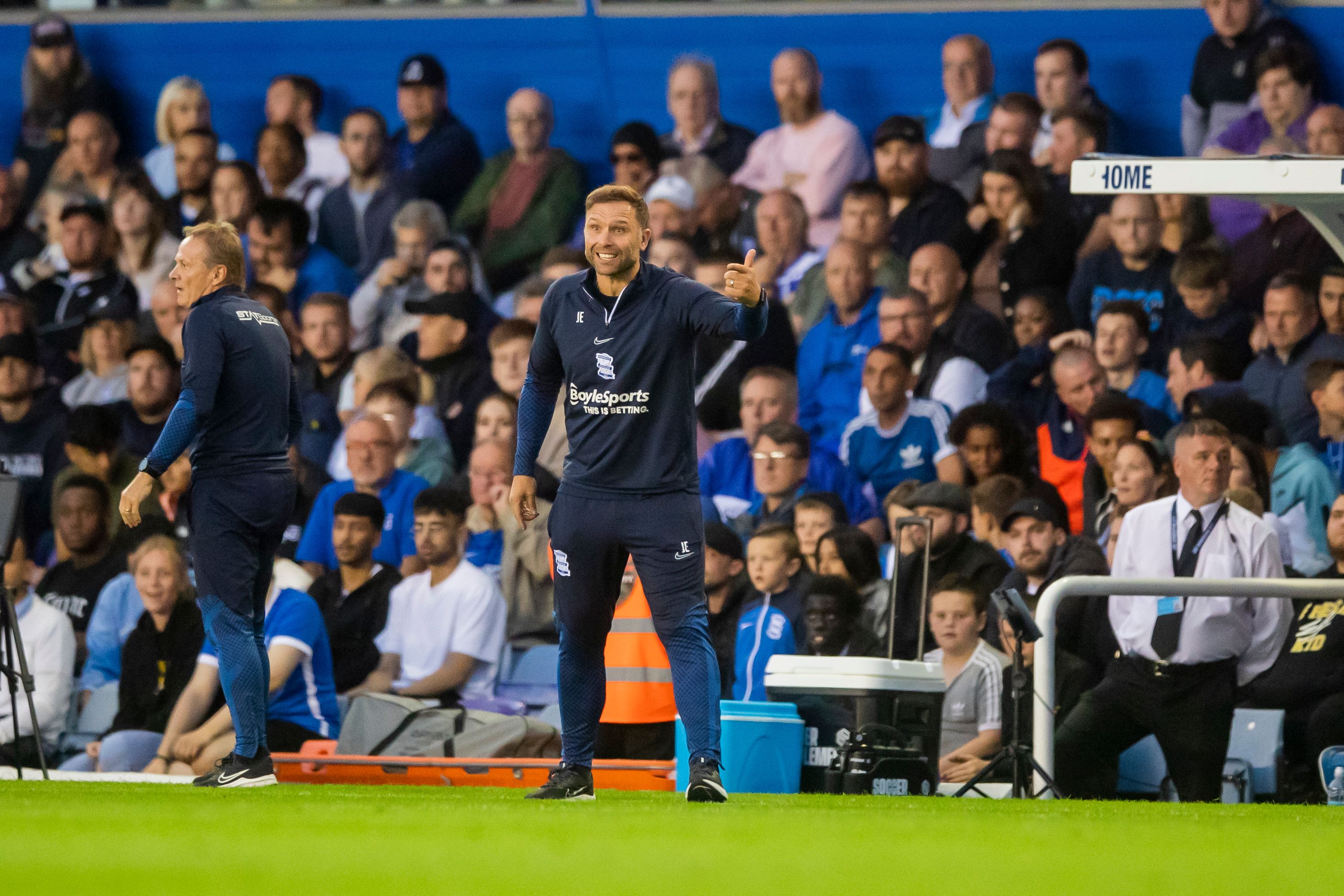 September gets underway with a trip up the M6 to Preston North End, kick-off 3pm, with the trip to Deepdale followed up by a match in B9 against Swansea City. Tickets for both fixtures can be purchased by clicking here.