Two first-half goals were the difference at St. Andrew's to give John Eustace his first win as Blues Gaffer.

The victory puts Blues at the division's summit and is a first over the West Yorkshire opposition since 2020.

The Head Coach named an unchanged matchday squad for the opening weekend draw at Luton Town, with both the starting XI and substitutes bench identical to the game at Kenilworth Road. 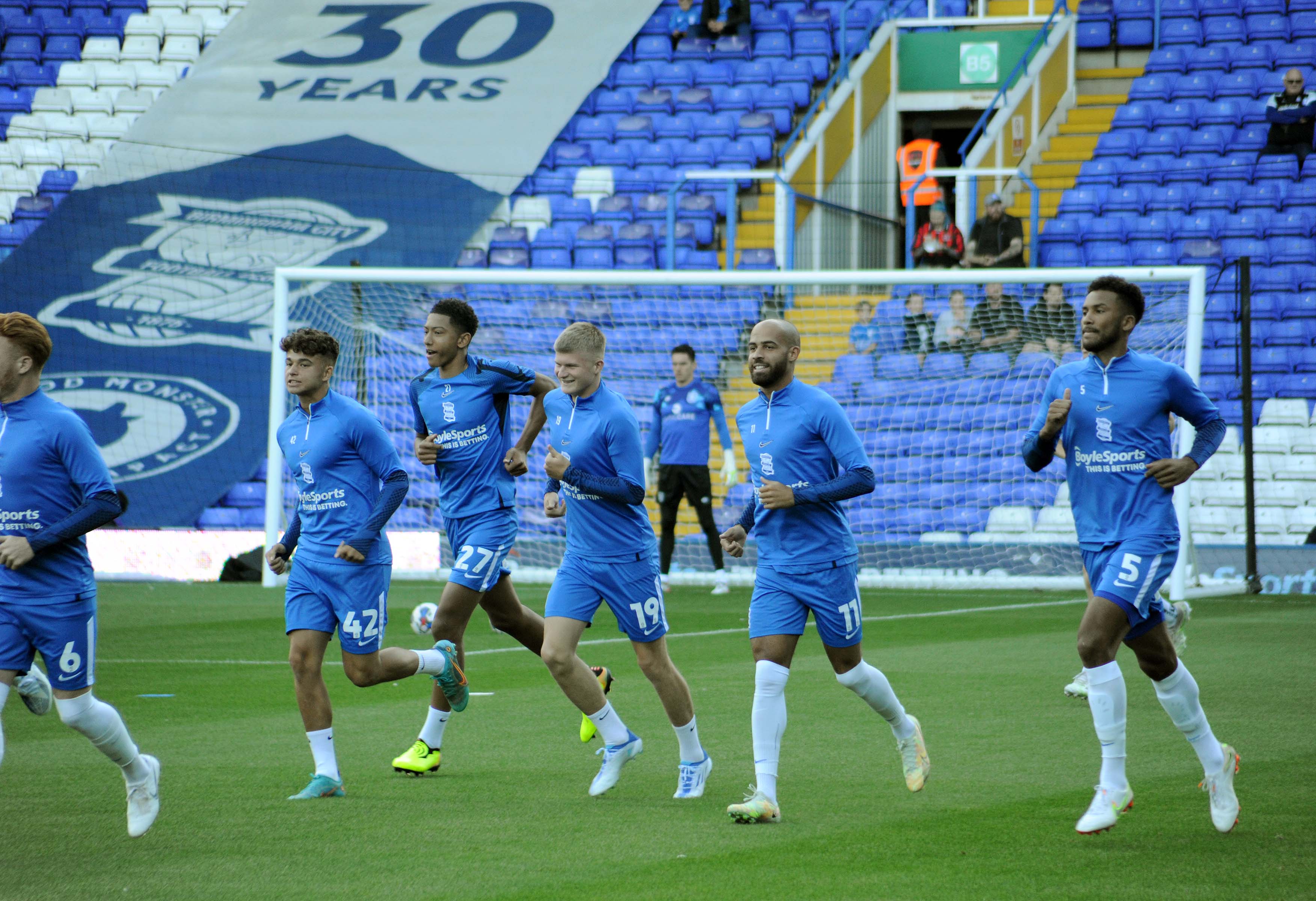 The hosts come out to warm-up at St. Andrew's.

It was a high octane start in B9 and both John Ruddy, coming off his line to clear with his feet, and Lee Nicholls, holding Placheta's deceptive effort under his own crossbar, appeared to have stopped any instant goals.

However, the visitors decked out in hot pink were caught cold in the fifth minute. Juninho Bacuna, facing one of his former clubs, dropped an effective stepover before delivering a low, sweeping centre that Hogan cleverly stooped to head in.

The goal certainly stifled the visitors, whilst also seeing the game settle down and when Blues fashioned a similar opportunity, Hogan was flagged offside before Jordan James had a chance to pounce on the bits and pieces.

Soon after, there was activity at the opposite end that had the travelling fans interested. But John Ruddy produced characteristically strong hands to push Josh Ruffels' searing half-volley well away from danger.

That chance suggested a general change in the direction of play, only for Eustace's team to have other ideas. And when Placheta turned on the afterburners to create a cross, the only thing that was missing from Troy Deeney's header was greater accuracy.

The same, albeit to a lesser degree, could be said about Auston Trusty's long-range shot moments later that zipped past the post. Jordan James did have his radar in tune though and somehow his fine cross lacked any connection altogether from Bacuna at the far post as the half edged towards its conclusion.

This meant there was just enough time for the advantage to be doubled ahead of the interval. Maxime Colin's clipped pass in behind opened things up and despite Hogan's misguided cross seemingly extinguishing the chance, James got in a blocked strike and from the scraps, Placheta dug the ball out to beat Nicholls. 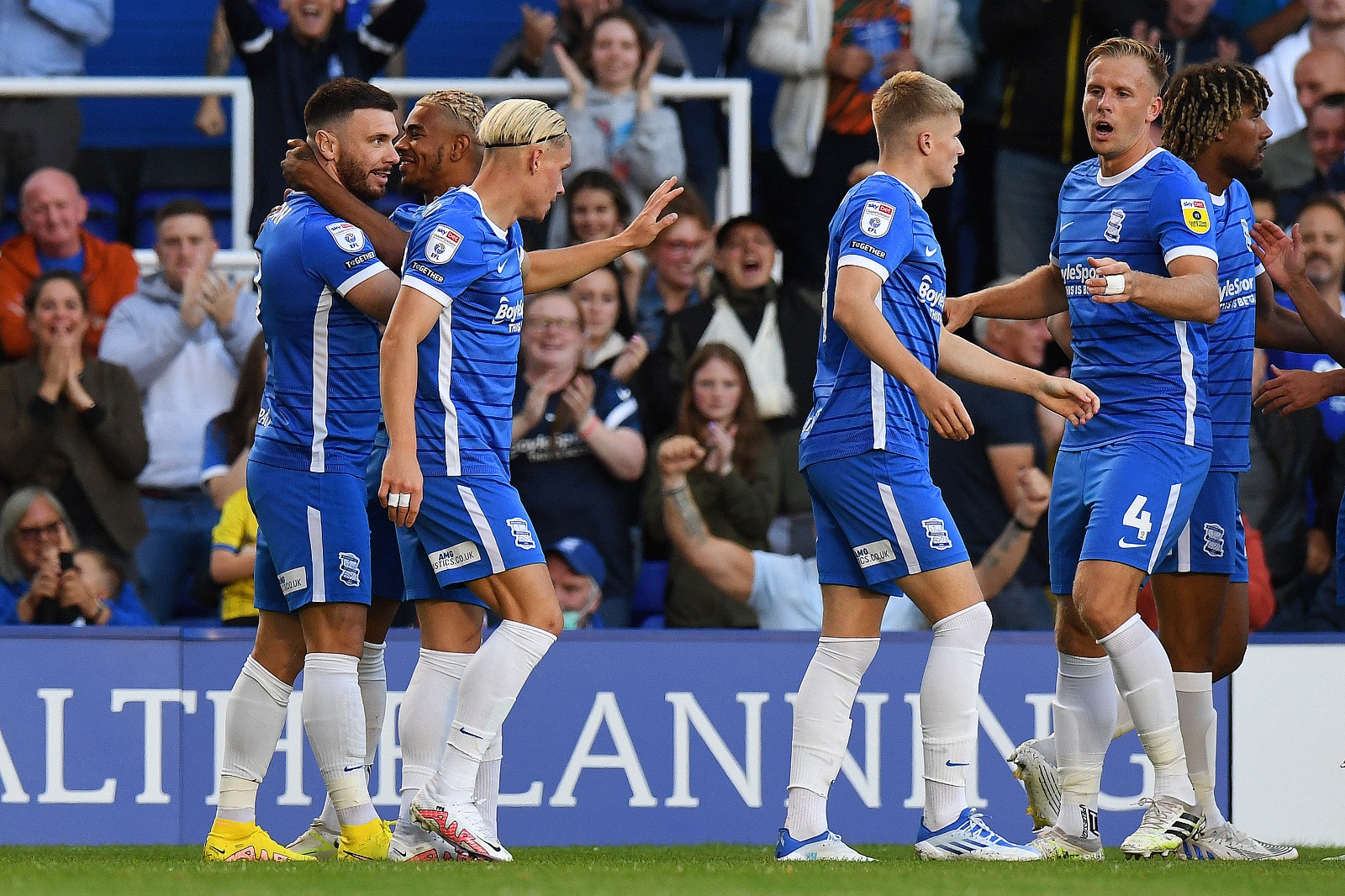 Blues began the second-half with all the hallmarks of a team two to the good, a confident Bacuna tried his luck from an overhead kick and Colin had a powerful go deflected behind.

Of course, the Terriers were a wounded animal and after Sorba Thomas shanked a good chance wide from inside the penalty box, he reacted by putting Ruddy to work from a cross-shot as a reminder of their ability.

Unfortunately, this was shown in full effect when the Welsh international assisted Huddersfield's leveller with less than half an hour remaining. His feathered pass found the peeling Ward who finished neatly across goal.

A momentum shift occurred and, as a result, Birmingham needed to stand up and be counted. Thankfully, they did. A Jon Russell free kick was halted by a well-constructed wall and both Trusty and Dion Sanderson intervened with important challenges in the danger zone before Marc Roberts put his head in where it hurts.

Next on the menu were changes and as Town rolled out three, it was just Jordan Graham replacing Deeney for the home side as they still intended to carry a significant attacking threat.

He was soon joined by Lukas Jutkiewicz and the frontman did a vital job, holding the ball up and ticking the clock through five agonising added minutes. This could, however, have been more pain-free had Bacuna capped off a staggering solo run with the finish it deserved.

Nonetheless, the damage had already been done to ensure Blues continued their unbeaten start to the 2022/23 season. 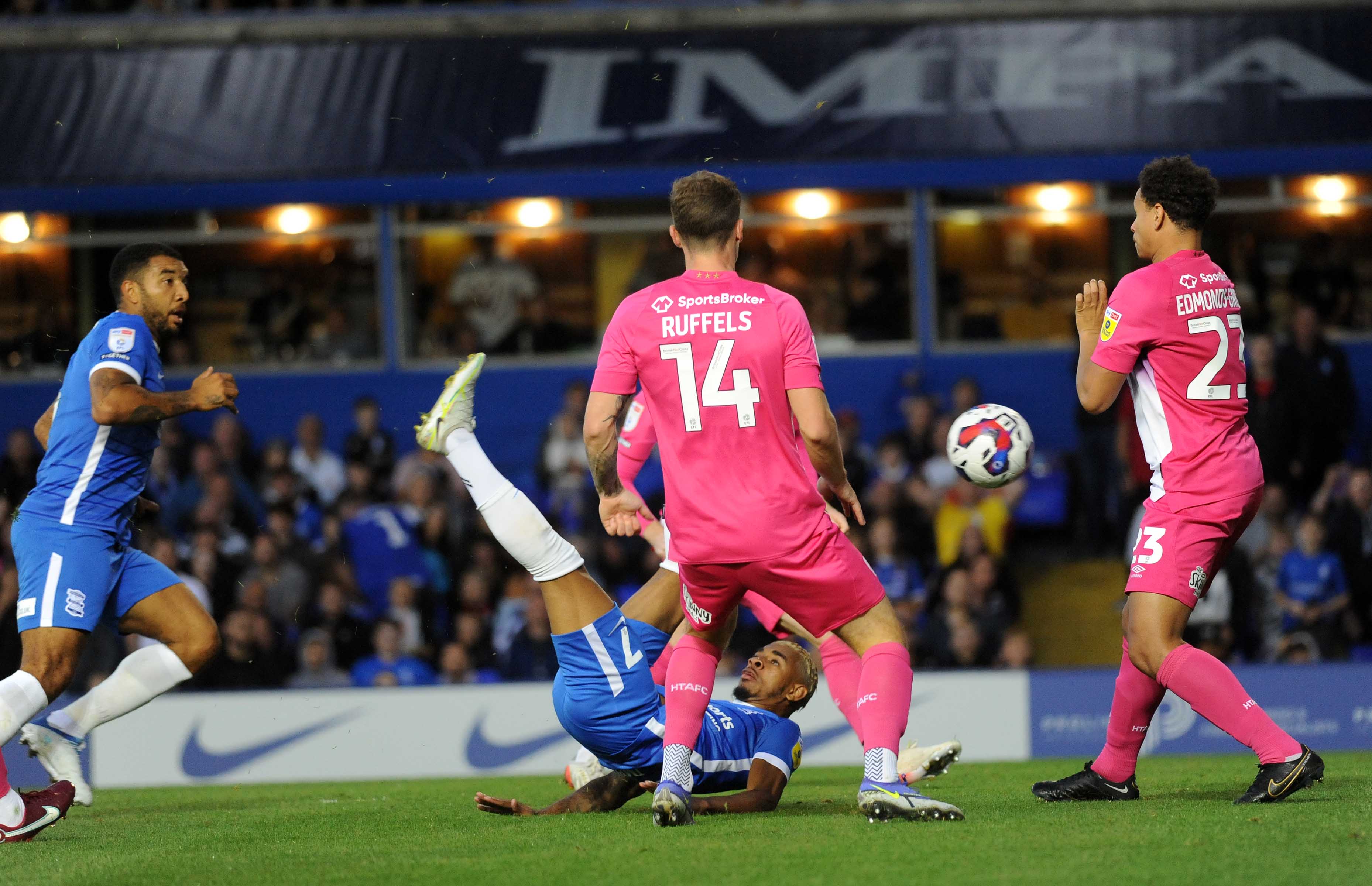 Juninho Bacuna was at the heart of everything creative for Blues.

Placheta's second goal in as many St. Andrew's appearances gave Blues a deserved cushion from the 45th minute onwards, giving them greater license to play in front of a appreciative home crowd. 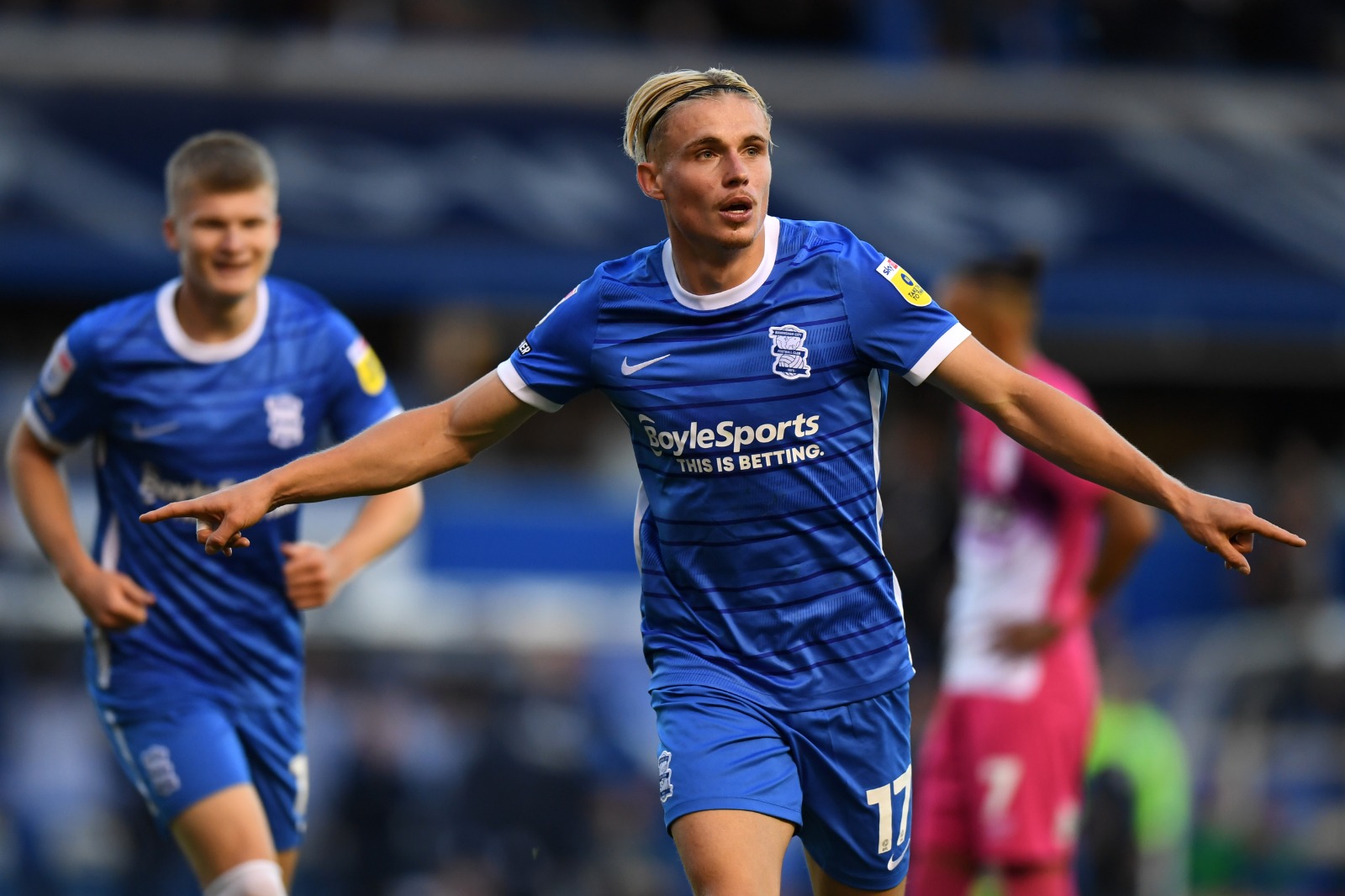 The result takes Blues top of the table and onto four points ahead of the remaining fixtures in the second round of Championship action.

Back-to-back away trips follow up Blues' first home game of the season, with the journey to Norwich City in the Carabao Cup on Tuesday, kick-off 7.45pm, coming ahead of a trip to Cardiff City next Saturday, kick-off 12.30pm. A doubleheader comes at St. Andrew's the following week, as Watford and Wigan Athletic visit the Second City.