Blues drew against Cardiff City in the Sky Bet Championship on Saturday afternoon.

Lee Bowyer’s side were two goals ahead at the break but succumbed to a late Mark McGuinness equaliser to gain a point.

Troy Deeney had given Blues the lead with a well-worked strike midway through the half, and midfielder Ivan Sunjic was on hand to tap in for Blues’ second.

The visitors pulled one back when Kieffer Moore capitalised on Blues failing to clear a lofted ball forward to fire in.

They then equalised in second-half stoppage time when Joe Ralls’ corner was headed in by McGuinness.

The Head Coach made two changes to the side that lost at Millwall last time out. Matija Sarkic came back into the side after recovering from a minor injury, replacing Neil Etheridge. There was also a welcomed return to the XI for George Friend who slotted into the left centre-back role, replacing Jeremie Bela.

It was bright start by the visitors. James Collins picked up the ball on the right-hand side and fired a low ball into fellow frontman Kieffer Moore. The Welsh striker’s effort bounced into the ground and over.

Blues halted any momentum that the Bluebirds had gained and came close to an opener of their own. Sunjic ran onto a clearance by the defence, but his low drive from range was deflected behind by Mark McGuinness.

On their next attack, Blues did take the lead. A Cardiff corner was caught by Sarkic, who looked to release the ball quickly with possession finding its way to Riley McGree. The Australian fed the ball to Deeney who touched the ball through the legs of an on-coming defender and fired beyond Alex Smithies.

McGree was again involved with Blues’ next opportunity. His whipped corner found the head of an unmarked Kristian Pedersen, but he could only head over from close range.

On the stroke of half-time, McGree turned provider yet again. Deeney played the ball through to the attacking midfielder, he darted down the left before playing the ball across to Sunjic who had the simple task of tapping the ball in for number two. 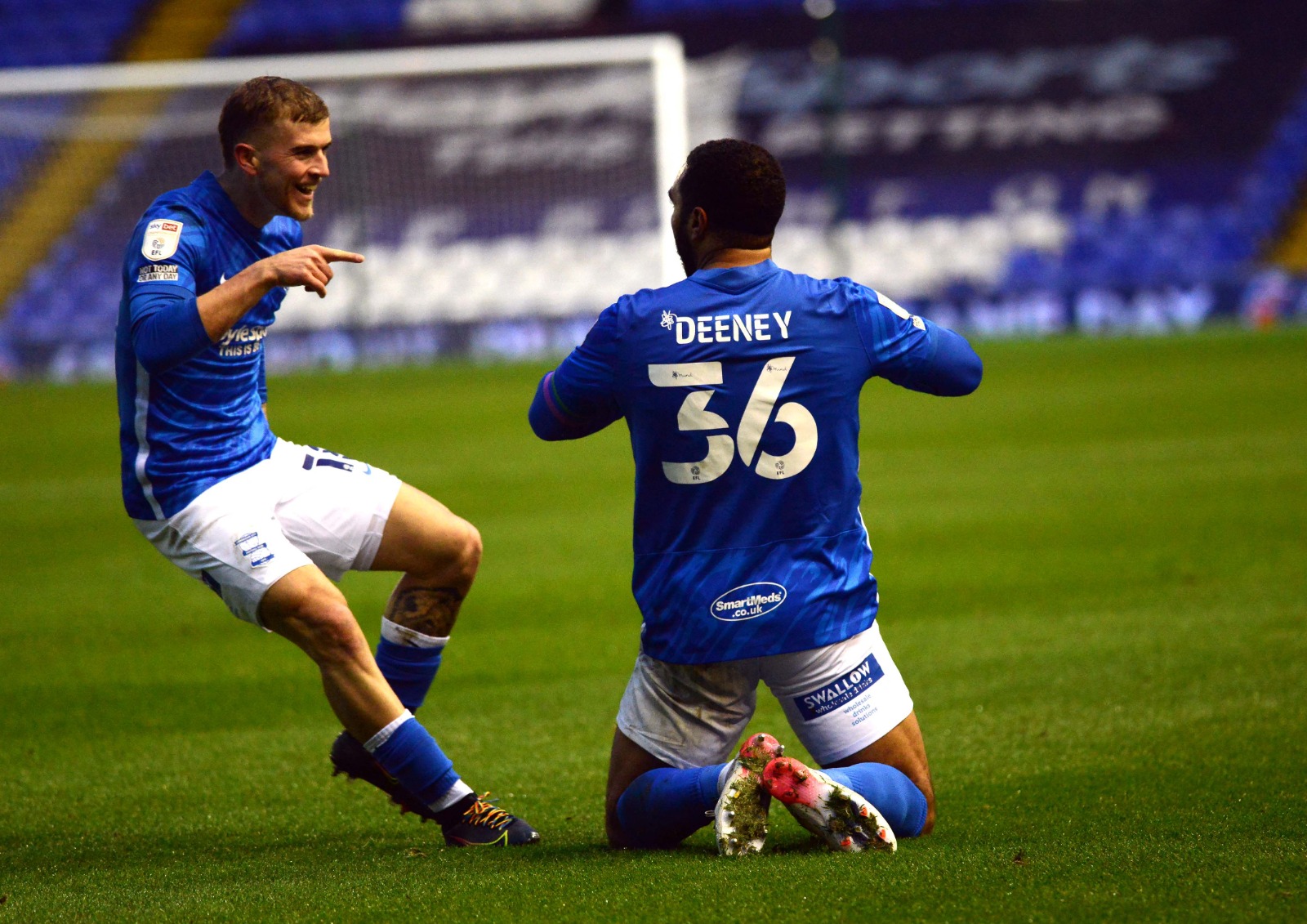 At the start of the second period, Jordan Graham produced a trademark right-footed delivery onto the head of Deeney, but the striker’s header fell wide of the post.

Steve Morison rung the changes midway through the half, and one of them made an immediate impact. Mark Harris punted an ambitious ball forward, Blues failed to clear, and Moore fired low into the bottom corner to restore the visitor’s faith.

Chuks Aneke was Lee Bowyer’s first switch and was inches away from adding a third just seconds after coming on. A Marc Roberts throw was flicked on by Deeney, but Aneke’s effort bounced fractionally wide of the far post.

Cardiff equalised in second-half injury time, when Ralls’ corner found an unmarked McGuinness to head beyond Sarkic in the 91st minute. 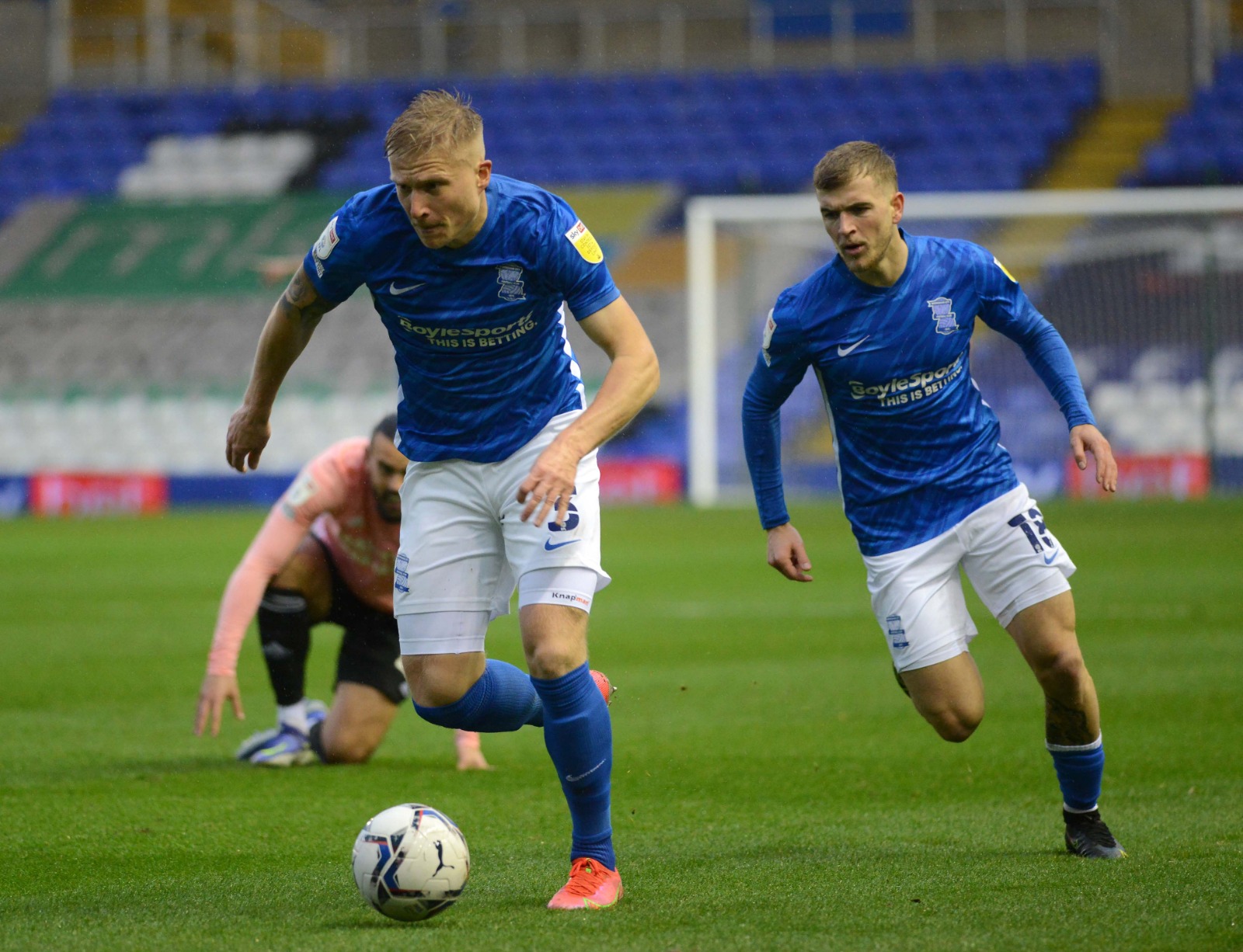 It was a touch of class from Deeney that put Blues ahead, as he nutmegged the defender and fired beyond Alex Smithies.

The draw leaves Blues on 27 points, and sitting 15th in the Championship standings.

Blues are back on the road next weekend as they travel Lancashire to face Blackburn Rovers, kick-off 3pm, in their final game before Christmas. They then face another away trip on Boxing Day to league leaders Fulham, with kick-off also 3pm.