Blues were beaten by Rotherham United in the Sky Bet Championship on Saturday afternoon.

A goal in either half from defender Richard Wood was the difference between the Millers and John Eustace's men at the AESSEAL New York Stadium.

John Ruddy had saved a penalty from Dan Barlaser when the score was 1-0 in the 63rd minute.

There were two changes from the side that started against Wigan Athletic last weekend. Marc Roberts returned from injury to play in the back three and Troy Deeney was back in from the start to captain the side, with Lukas Jutkiewicz serving the first of his two-game suspension. 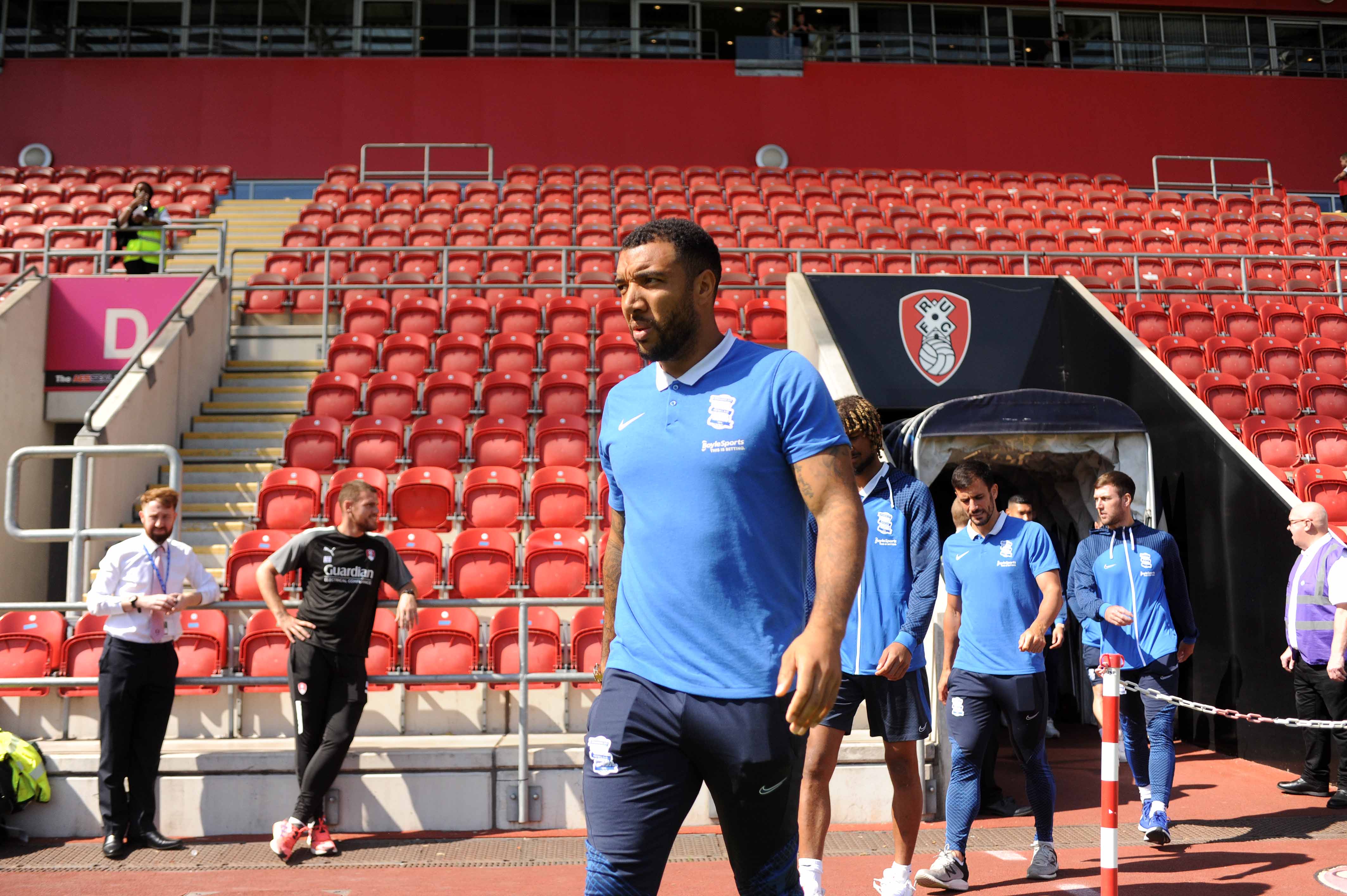 Troy Deeney goes for a pre-match walk at the AESSEAL New York Stadium.

Rotherham had the contest's first chance after just two minutes which saw Conor Washington's audacious lob pose no threat to Ruddy's goal. This, despite its inaccuracy, enthused the home crowd and they also saw Chiedozie Ogbene test the handling of the visiting goalkeeper inside ten minutes.

Likewise, Blues would show early promise and had they got the fine details right in the final third, both Scott Hogan and Maxime Colin could have had shooting opportunities.

There was then a show of solidarity in the 12th minute when all four sides of the ground united in applause for former Millers stopper Lewis Price who was diagnosed with testicular cancer this week.

Following this, the hosts created another chance with approximately a quarter of the game played. Barlaser flighted a central free kick into the box, but Humphreys was unable to find a connection capable of threatening the Birmingham goal.

The next set piece had Grant Hall test Ruddy from a header before it proved third-time lucky from dead-ball situations as Paul Warne's team took the lead. A short-corner routine between Cohen Bramall and Barlaser eventually had the ball whipped into an area where Wood was able to head home after 29 minutes.

They attempted to kick on from this and could have doubled their advantage heading towards the interval. Ben Wiles was picked out well by Ogbene and although he made contact with the clipped centre, his radar was off. 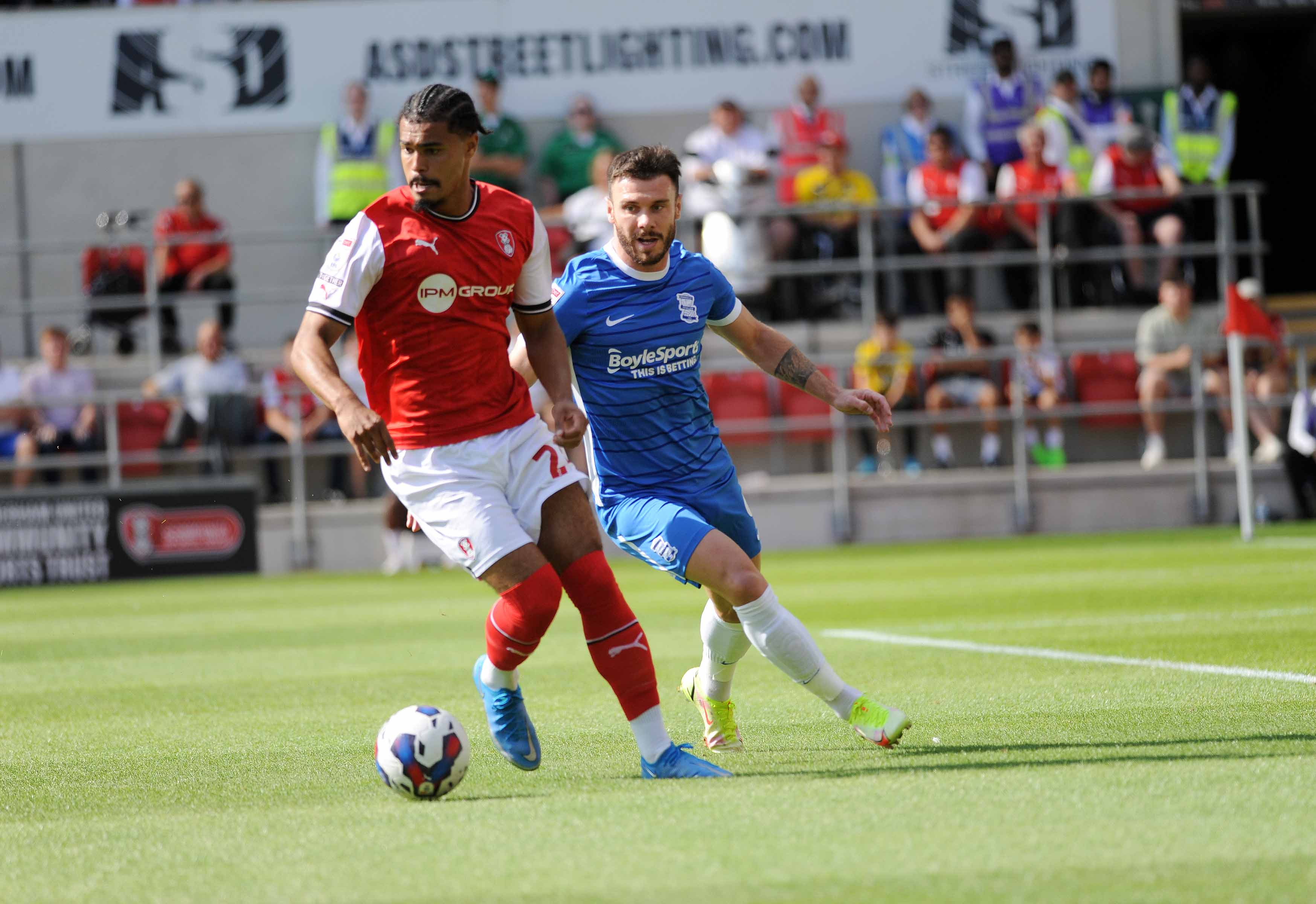 Jordan Graham was introduced for Colin at the break and made an instant impact, releasing a fine ball down the channel to set Hogan into the area. Entering the box on the angle, it appeared that the frontman was caught in two minds between picking out Deeney or going for goal himself, with his final effort being blocked by Viktor Johansson.

This brought about a spell of pressure from the away side and the Rotherham defence was beginning to teeter under the pressure of a number of balls into the danger zone. Hogan headed wide at the conclusion of this period before a huge moment at the other end.

Roberts was adjudged to have fouled Ogbene as the pair tussled for possession and referee Gavin Ward judged this to be inside the area, pointing to the penalty spot. Barlaser struck the spot kick powerfully, but Ruddy guessed right and saved the effort with his legs.

Eustace deployed a triple substitution shortly after, however, none of Sam Cosgrove, Gary Gardner and Ryan Stirk were able to make an impact ahead of the Millers striking again. Barlaser swept the ball in from the right and Wood converted his second of the day, with the goal standing despite replays suggesting it had crossed the line off his hand.

Although unable to reduce the deficit on the road, Blues kept probing the opposition and were unlucky to leave with nothing to show for the efforts. Roberts had a header well saved from a corner and Hogan went close after out-muscling Wood, hooking a bouncing ball wide late on. 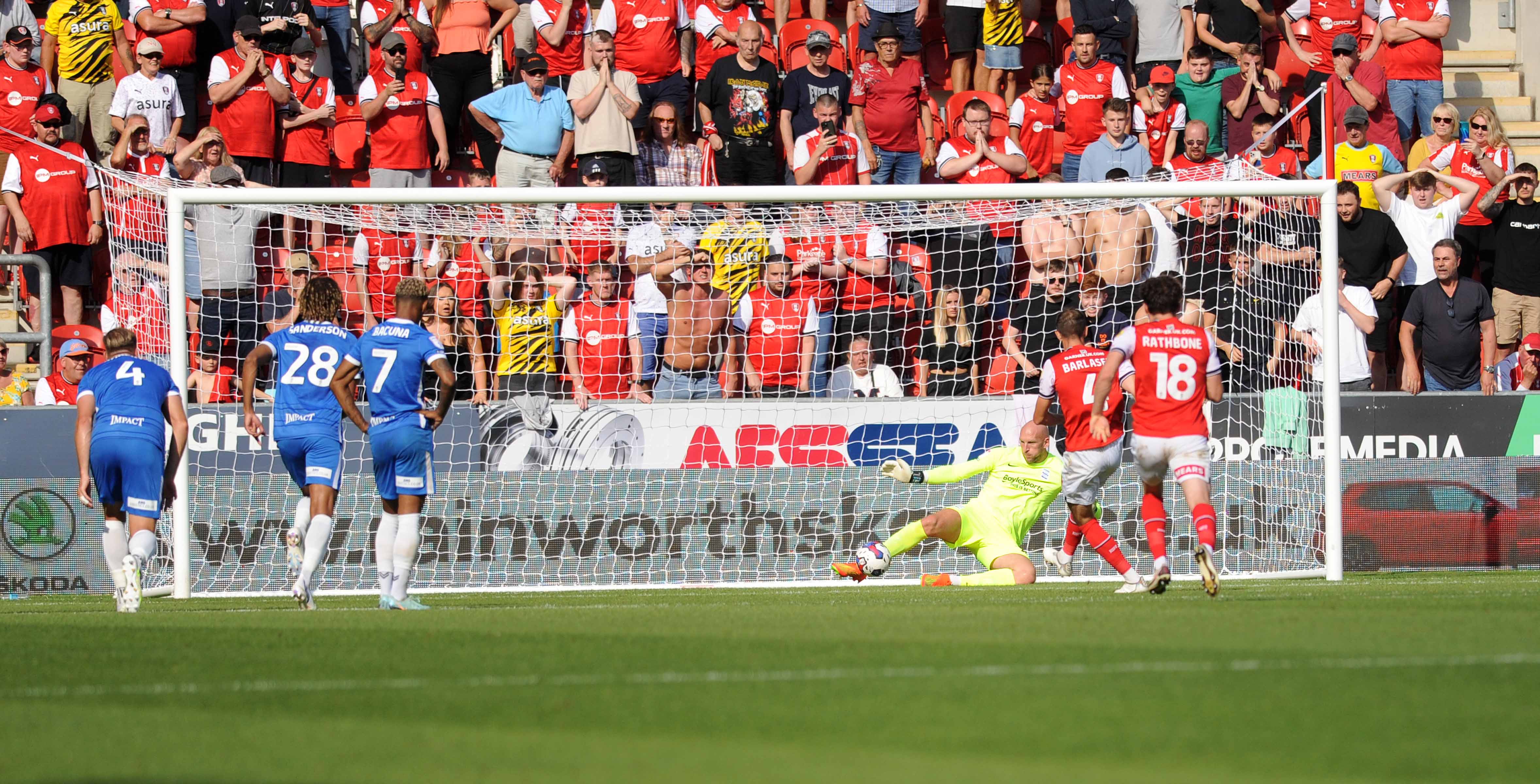 Blues remain on five points, having played six times in the league this season.

Goal number two for Wood and Rotherham was critical to Blues' chances of taking anything from South Yorkshire and came after Ruddy's superb penalty save had given the travelling supporters hope.

Blues play their final game of a busy August when they welcome Norwich City to St. Andrew's on Tuesday night, kick-off 7.45pm. The away days then continue with a trip up the M6 to take on Preston North End next Saturday, kick-off 3pm. Tickets are on sale for both fixtures by clicking here!