Blues Under-23s fell to defeat at Chester in a behind-closed-doors friendly this afternoon.

Blues let slip a 3-1 lead to lose 4-3 against Chester in a behind-closed-doors friendly today.

With a little less than a quarter of the game left, they were well set thanks to goals by Matty Timms and Olly McCoy (two).

But the National League side, who are managed by Marcus Bignot, struck with two goals inside a minute and then another late on.

The fixture was arranged to give Blues valuable minutes before the festive break from action.

Chester fielded a mixture of their First Team, squad members and youngsters.

Blues took a 12th minute lead via a fine goal by Timms.

Nicolai Brock-Madsen flicked on a right wing cross by Remeao Hutton and Timms got around a defender at the back post to connect with the ball first and hook it in superbly, towards the opposite side of the goal.

It got better for Blues in the 23rd minute when Dominic Bernard, playing in a sitting midfield role, broke up an attack and moved the ball forward to McCoy.

He drove on and dribbled past two challenges before being felled by a defender as he prepared to shoot.

McCoy dusted himself down and sidefooted the penalty to the right, sending the 'keeper the wrong way.

Chester reduced the arrears with a low, first time strike from the edge of the area by Craig Mahon (39 minutes).

But Blues restored their two-goal advantage a minute before the break after a devastating counter-attack, from a fine Jake Weaver save.

The ball was cleared downfield and collected by McCoy, who allowed Tommy Anderson to take over and hit a raking pass to the left where Timms delivered a pull-back into the area and McCoy, coming in at speed, swept it into the roof of the net emphatically.

Shortly after the break, a short corner routine set up a shot for Caolan Boyd-Bunce, towards the left edge of the area, but his attempt rose high and hard into the Harry McNally end at the Swansway Stadium.

After both sides made changes, Chester began their comeback, in the 69th minute.

Weaver reached acrobatically to fingertip a fierce shot onto the crossbar and unfortunately for Blues Nyal Bell was quick to react and sidefoot the rebound into the top corner.

Then came a double whammy, in the 83rd and 84th minutes.

Harry White executed a sliding finish into the bottom corner after a give-and-go saw him break into the area. Then the same player was there to sidefoot in after a free-kick was headed back across the area.

Blues, however, might have still got something from the encounter as they staged a rousing finish.

Bernard burst into the right side of the area and forced a save, by the 'keeper's feet; he then clipped back over the rebound and it was headed off the goal line.

Then Ronan Hale let fly with a right-footer that had to be tipped over, denying Blues at least a share of the spoils. 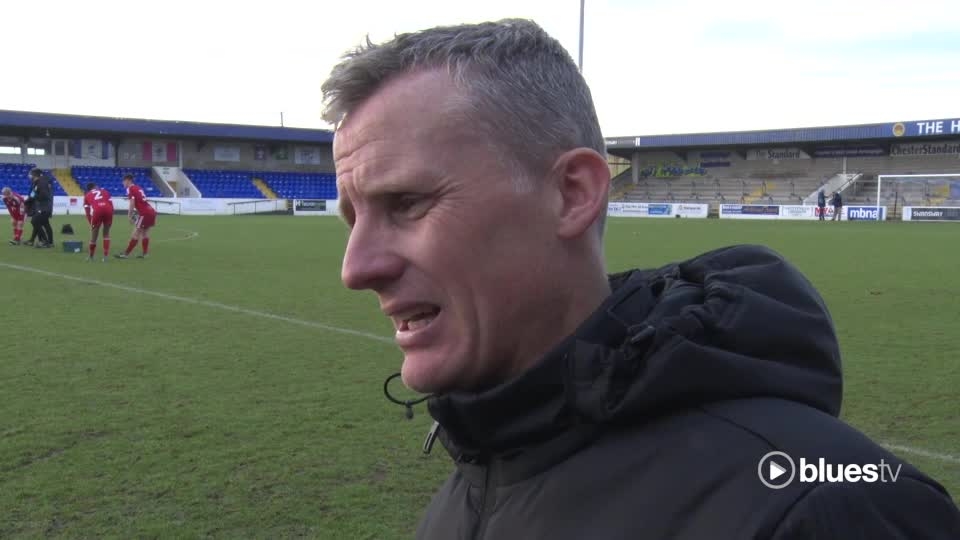 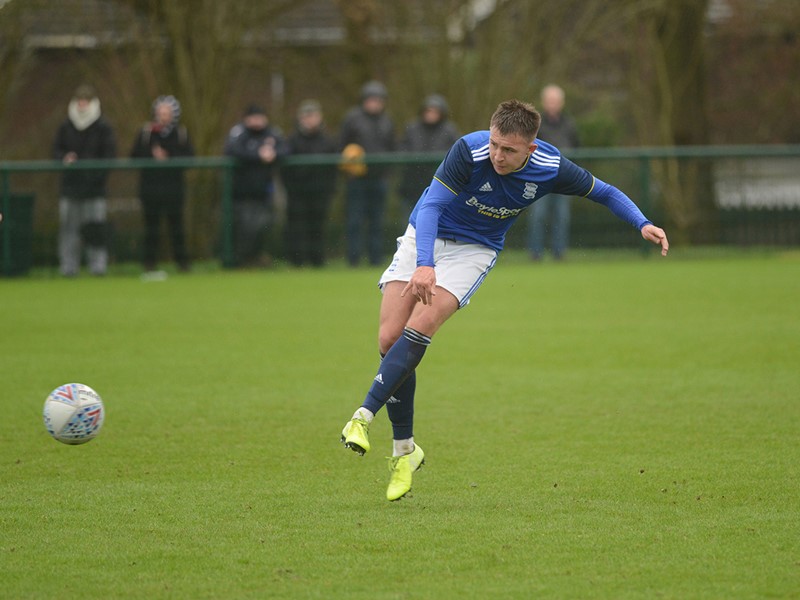