Jeremie Boga celebrates with his team mates at Sheffield United.

Michael Morrison returned in a back three and Jeremie Boga - Blues goalscorer - was used off the front man.

He altered Blues line-up to a 3-5-2 at Sheffield United, and it had the desired effect.

Michael Morrison returned in a back three and Jeremie Boga - Blues goalscorer - was used off the front man.

“I am comfortable with any system, to be honest," said Cotterill. “There is a lot made of it that is just talk.

“It’s about what suits the players, not really what the coach wants to do, unless you have got an open transfer window and an open cheque book.

“There aren’t many managers or coaches around the world who actually have that.

“The 3-5-2 we played at the weekend would have been a fair bit different to the 3-5-2 and how we played it at Bristol City when I was manager there. But then I had had time in the job and recruited seven players.

“So, there are lots of plusses in it, but there are also lots of pitfalls in it.

“I do know the pitfalls because I have been through over two years of it. I do know that, so it’s a bonus.

“It’s interesting because I had a chat with Chris Wilder after the game, I have known Chris for a good few years. We had a chat about the system and it was a real nice one, about how it can work, what can go right for you and whatcan go wrong for you.

"I don't know how 'bold' it was to change or anything like that. One thing I will say is that credit should go to the players because of the speed of the turnaround. We got back late from Middlesbrough (in the early hours of Thursday) and didn't have a lot of time to work on it."

On Monday night Blues face Championship leaders Wolves at St. Andrew's, who have used a 3-4-3 from game one in pre-season and often to devastating means.

Cotterill noted: “I think what has happened is that they have brought in quite a few players who have been used to that system.

“If you have a look where he (head coach Nuno Espirito Santo) has acquired players from, they would be pretty au fait in that system.

“I don’t think it would have taken as much coaching when he has brought those players in and he has done what he has done in recruiting for that system as opposed to all changing from a conventional back four or 4-3-3, whatever it is.

“I don’t meant to take any credit away from him for that, but it is easier when you recruit for a specific system if you have a picture in your mind how that system works.”

Cotterill said that 3-5-2 wasn't necessarily his formation or choice, or whether it would be for the long-term at Blues.

"Some will say if you have two up top you are more attacking, but Wolves play with one (central striker). No one can say they aren't attacking.

"Until you can get your team balanced and everything is right in there, it's very difficult to get to where you want to get to.

"Bit by bit, we are inching towards something. The 3-5-2 is a good system but it wouldn't necessarily be one where I thought 'that's the one I want to get to' as, arguably, I could have done that first game.

"I know they played it under Gianfranco Zola and I watched them away at Cardiff City. They drew 1-1.

"I hadn't seen a few of the players that were playing (after being appointed Manager) so I needed to find out where they were going to be confidence-wise and physically.

"I've had about eight games to have a look at things, similar to a pre-season if you like, and tried to go from there.

"It, the 3-5-2, provided another body at either end last Saturday; did that give us something?

"It's not about the numbers game, it's how you get there and how many more chances you create." 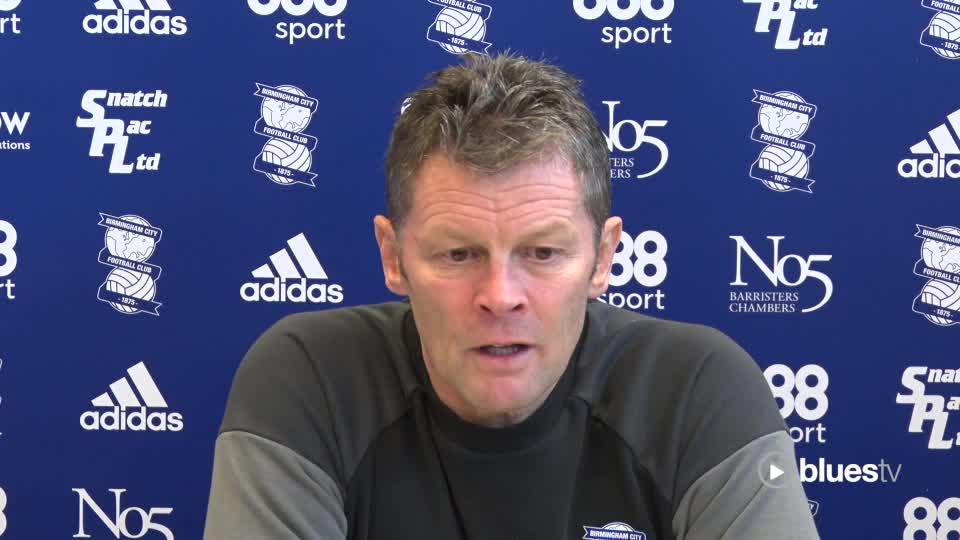