Oumar Traore in action against Anderlecht

The game in Belgium was arranged to give Blues experience of playing foreign opposition away from home, as well as learning to cope with travel, preparation and recovery ahead of another away trip, to Leeds United, on Saturday.

Blues put on an impressive showing in their friendly against Anderlecht.

Oumar Traore bagged the goal for Steve Spooner's side, in a game that was competitive and high on technical quality.

The game in Belgium was arranged to give Blues experience of playing foreign opposition away from home, as well as learning to cope with travel, preparation and recovery ahead of another away trip, to Leeds United, on Saturday.

Blues also used the game to blood more of their youngsters, and Under-16s Aaron Clayton, Charlie Noakes, Ramello Mitchell, Amari Miller and Alfie Chang (coming on for another 16, Remi Walker) were on the field by the end.

Blues started brightly with Kyle Hurst going on a surging run from inside his own half and firing just over the crossbar from inside the hosts' area inside the opening minute.

Then after good work on the left from Nick Okoro to Walker, who played a delicate first time pass to Hurst, the winger shot wide from outside the area.

In the 15th minute Blues took a deserved lead, after playing passes through the Anderlecht midfield. Tate Campbell delivered the defence-splitting pass for Traore to drill the ball low, inside the far post, from the right-hand side.

Anderlecht went close with an overhead kick before levelling matters up from the penalty spot in the 33rd minute.

Campbell was adjudged to have pulled down his man and the spot-kick was stuck past Josh Bradley-Hurst into the bottom left corner.

Anderlecht began to grow into the game and struck the post from a free-kick before the half closed.

After the break Blues had an excellent opportunity to regain the lead from a Hurst free-kick that Campbell coudn't divert on target from close range.

The action swung to the other end with Bradley-Hurst making two fine saves, the first with his feet and the second pushing away a fierce low shot.

Another great run by Hurst resulted in a ball delivered across the face of goal but it just eluded the oncoming runners to get a decisive touch.

So the entertaining, open game ended all square with Blues doing more than enough to have earned more from it. 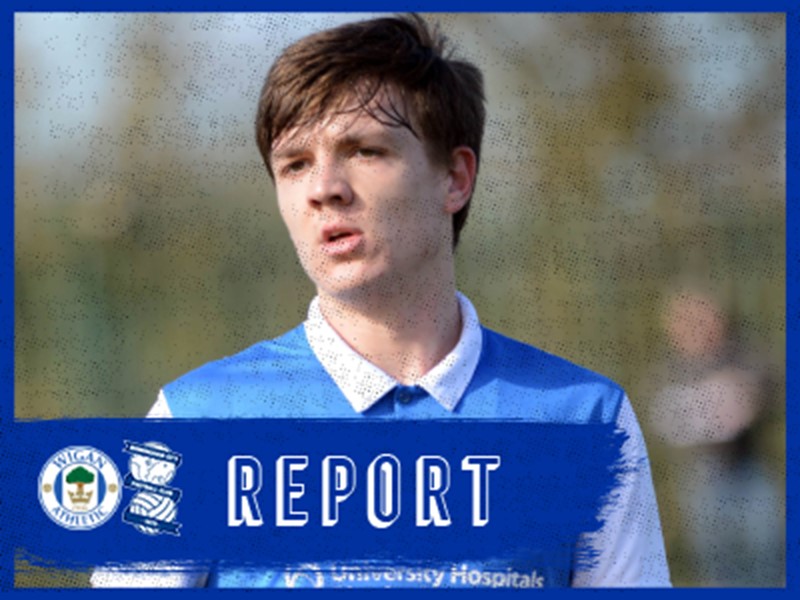