In a world-first sports partnership agreement, Green Monkey CBD will supply a range of CBD products and drinks to the Club which will be available on matchdays throughout the St. Andrew's Trillion Trophy Stadium.

CBD, or cannabidiol (cannabis oil), is the non-psychoactive part of the cannabis plant.

In November, the Government made the medical use of CDB oil legal in the UK.

It has already reached one million cans sold, such is the demand in the market.

Green Monkey CBD drinks will be available at outlets throughout the Blues ground as well as in the corporate areas and cocktails such as a “Monkey Mojito” and “Gin and Green”, will be available in the hospitality sectors.

CBD has become far more prevalent in sports throughout the world as sportsmen and women around the globe have begun to use products that have been said to help with a variety of conditions, although the makers of Green Monkey CBD do not make such claims.

Superstars such as golfer Rickie Fowler, UFC’s Nate Diaz and Saracen’s rugby players George Kruis and Dom Day have all come out in support of the use of CBD in sports and both WADA and UKAD have no issue with CBD’s use as it is not on their banned list of substances.

Ian Dutton, Chief Commercial Officer at Blues, said: "We are delighted to be one of the first clubs to partner with a CBD Drinks brand. As a Club we are always looking to be innovative and create industry firsts with our partnerships programme.

"It was clear from the beginning that a partnership with Green Monkey CBD was going to give us the opportunity to deliver a new and unique offering for our fans on matchdays, so we look forward to having their very distinctive green cans available across our kiosk and hospitality areas."

Serge Davies, CEO of Green Monkey CBD, explained the benefits of the tie-in with such a well-known football team as Blues by commenting: “With a big club, with a massive fan base right on our doorstep, it was a natural tie-in for us.

"Football fans are changing and progressive clubs such as Birmingham City are realising that their fans are searching for different products when at the game.

"What the Club have done in reinvigorating their fan base has been excellent and we wanted to be a part of that and introduce our brand to the fans. CBD is a growing market as people are becoming more concerned about their health and wellbeing and searching for something else.”

Speaking of the commercial opportunities, Mr Davies added: “Of course it will be great to see fans drinking our cocktails and cans at the game but the bigger issue is spreading the word about CBD and educating people on what it is. Obviously we can’t make any medical claims but the 250ml drink is designed as an entry-level product to the market so people can try for themselves."

As part of the year-long agreement, the Club will work on a series of engagement events with Green Monkey CBD in order to co-promote the brand's range. Green Monkey CBD will, in turn, use the Club's advertising outlets to further spread their message.

The UK market for CBD products is already set to be worth more than £1 billion this year and according to the Cannabis Trade Association, the number of users is doubling every year (current estimate of 250,000 users) with some forecasts predicting the global market could reach £17.5 billion ($22 billion) in the next five years (Brightfield 2018).

The first game when Green Monkey CBD products will be stocked at St. Andrew's Trillion Trophy Stadium is this Saturday, for the visit of Stoke City (3pm kick-off).  Tickets are still available for the match and can be purchased here. 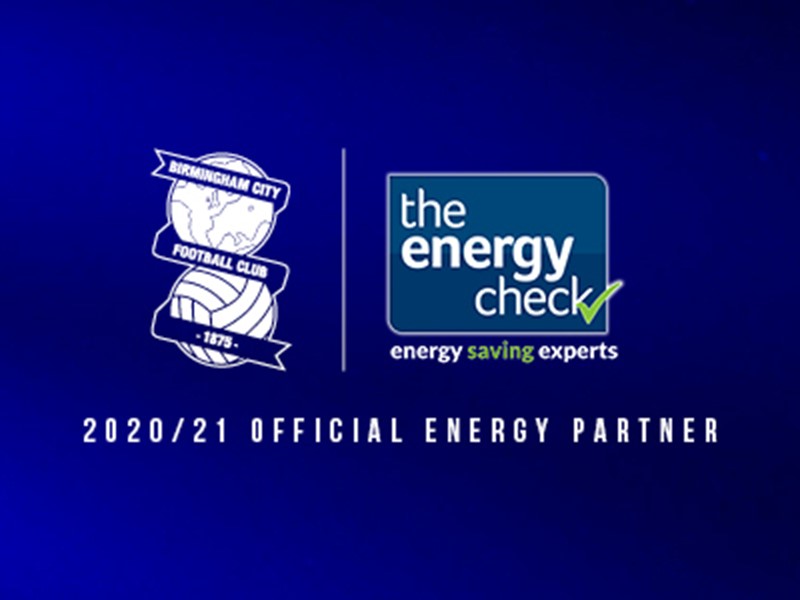 Blues switch on partnership with The Energy Check