Our full match preview ahead of Friday's Sky Bet Championship fixture against the Rams at the St. Andrew's Trillion Trophy Stadium (3pm kick-off).

Garry Monk on the task ahead of Blues...

“It’s crystal clear for us, what we have to do.
“We need more points on the board, simple as that. We are not safe, where we would have liked to have been at this point, which we set out to do at the start of the season.
“There are obvious reasons for that, which we all know about.
“Our focus is on trying to make sure we are in the best possible position, come the end of this Easter weekend. Our determination is that, it’s what we need to do.”

Garry Monk on relying on other results or taking things for granted...

“You can’t do that. Regardless.
“There’s a presumption before the game that it is tough, you should win, you’re not going to get anything . . . whichever presumption you have, you’re a fool.
“Each game is incredibly hard, incredibly competitive in the Championship.
“And for us to get anything – as we have proven this season – we have to be at our maximum. Whenever we have not been at our maximum, a lot of times we haven’t got what we have wanted to get.
“The key to this season has been trying to be more consistent in putting our maximum on the pitch. I think we have done that pretty well over the course of the season and got exactly what we have deserved.
“Any game we have taken points from we have had to really earn it. It is going to be the same these remaining games. But we know that if we are at 100 per cent, the determination is there for sure. We know that if we are at our maximum we can get the results we want.”

Garry Monk on whether nerves might play a part over Easter...

“Not at all. We have had it (distractions and obstacles to deal with) all season.
“In fact, I can’t think of many teams in this league that have had to deal with what we have this season. All season long. From the end of last season, in fact, all through the summer and leading up to this point.
“These guys have got a great attitude. There is a huge determination amongst them. And I think we have proven that.
“With a lot of distraction going on, they haven’t allowed themselves to be affected by it.
“We know when we win it is because of us; or whether we lose or draw games it is because of us. What happens in games is, a lot of times, down to us. They have been a credit.
“As I have said, the key for us is to be 100 per cent. We need to do that every single game. Our fight to that, our commitment, is clearly there.
“At the end of the day, these players don’t deserve to be in this position. We have already achieved what we want to achieve.
“But we know we have to do it again. So the determination is as high as it has ever been We have to go and play our game, execute our game-plan, with our fans right behind us.
“We had a really good week last week, we showed huge determination, and we need to show that in these remaining games.”

Garry Monk on whether Derby's away form - without a league win on the road since December - may be significant...

“I think these games, at the end of a season at this stage, they have more of a feel of ‘one-off’ games, don’t they?
“Because there are less games to go, there is a clarity of what each team is fighting for, it is much more apparent. There are more ‘one-off games’.
“Our focus has been to treat each game in turn. Not to try and compute what it might mean if we won this game or lost that one.
“Every game, as I have said, we have to be at our maximum.
“That’s the way we have focused this season. In terms of that mentality, it has not changed at all.”

Derby County Manager Frank Lampard's comments ahead of the game...

"The next two games are huge for us. If we can get results at Birmingham and against QPR over the Easter period, I think it will leave us certainly knocking on the door of the top six. The six points on offer are huge because that takes us into the last week of the season where we have three very tough games, so let's try to go into it in the best possible shape. What we must believe is that if we perform like we did against Bolton, if we can get the results that performances like that bring, then we have a great chance. We have a great chance of the play-offs and at the start of the season, we would definitely have been happy with that. So we must keep fighting."

Blues team news...
Maikel Kieftenbeld remains the only Blues player sidelined after undergoing surgery on his knee at the start of the week.

Important supporter message...
In light of recent events, the Club is urging all supporters to be responsible in their behaviour and actions. Birmingham City knows that the overwhelming majority of our supporters do not indulge in anti-social activities and are passionate about the players and the Club. We appreciate this and never take it for granted. The scrutiny of the football world, the wider public and the authorities is on us and we urge everyone to rally together to project the correct and positive image of the Club. We adopt a zero-tolerance stance on anti-social behaviour and spectator misconduct. This includes - amongst other things - drunkenness, throwing of missiles and use and carrying of pyrotechnics (flares, smoke bombs), racist and/or homophobic chanting. Pitch encroachment is forbidden and against the law. Please DO NOT encroach onto the pitch, under any circumstances. Think of the damage you may be doing to your Club and also the punishment you may incur personally. We are sure everyone is aware that the Football Association have powers to take serious action against the Club, which can include heavy fines and ground closure. The Club, as did others, recently received a written warning from the FA about missiles being thrown onto the pitch, at home and away games. As a result, neither bottles or containers are allowed at the St. Andrew's Trillion Trophy Stadium and drinks are decanted into paper cups. It is important that bottles, coins, flares and other items not thrown at our matches. Again, we would like to thank the overwhelming majority of supporters for their backing and their understanding at this time. We continually review all our stewarding, safety and security measures and we remain committed to making your experience following Blues a safe one and as pleasant as possible - but we also need YOUR help.
Thank you. 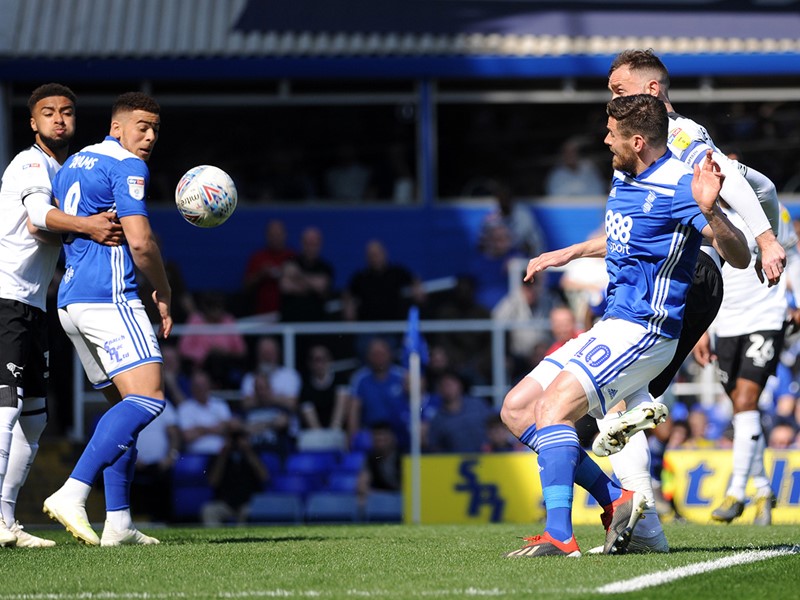 Fastpay: Spend your balance or donate it in June