Joe Redmond, Michael Luyambula and Adam Siviter have all put pen to paper on fresh deals.

Three more players have been secured on contracts for Blues Under-23s.

Joe Redmond, Michael Luyambula and Adam Siviter have all put pen to paper on fresh deals.
Irish defender Redmond has signed for two years after an impressive debut season as a professional.
Goalkeepers Luyambula and Siviter, both of whom gained valuable loan experience in 2018/19, have new one-year contracts, with the Club taking up Siviter's 12-month option.
Redmond, 19, is a centre-half who joined Blues in 2016 after impressing over two trial periods, but then missed a large chunk of his first season as part of the full-time ranks due to a serious knee injury.
The Ireland youth international bounced back in 2017/18 to play a key role in Blues Under-18s’ run to the FA Youth Cup Semi-Finals, as well as making nine appearances for the Under-23s that term.
In his first season as a professional in 2018/19, the teenager from Dublin featured prominently in the Development Squad side that finished runners-up in both the PDL North and end-of-season Play-Offs.
Strong in the air and an accomplished tackler, Redmond – the cousin of former Sheffield United, Hull and Reading midfielder Stephen Quinn – made 28 appearances in the Under-23s last season, opening his goal account at that level with a header in a top-of-the-table clash against Leeds in February.
German shot-stopper Luyambula, who turned 20 earlier this month, moved to St. Andrew’s Trillion Trophy Stadium last summer from Borussia Dortmund.
After making 12 appearances for Blues Under-23s during the first half of last season, the Neumunster-born keeper signed on loan for Hungerford Town in National League South, the sixth tier of English football.
Luyambula earned some rave reviews during his 20 outings for the Crusaders, helping the Berkshire club complete what had seemed an unlikely escape from relegation when he’d initially joined them at the turn of the year.
Fellow keeper Siviter also picked up useful experience of men’s football last season, making 21 appearances for Stafford Rangers in the Northern Premier League – the third level in the non-league pyramid – and was voted their Player of the Month for March.
His final outing for the Marston Road club came at Stoke City’ in late April when he was part of the Rangers side that beat Rushall Olympic to lift the Staffordshire Senior Cup.
Siviter is a boyhood Blues fan and former season ticket holder whose father Neil represented England schoolboys as a midfielder and was on the professional books at St. Andrew’s during the mid-1980s.
The Walsall-born youngster, who celebrated his 19th birthday this month, has been with Blues since the age of 12 and, like Redmond, was a pivotal member of the Under-18s side that reached the last four of the Youth Cup in 2018, when they were finally beaten by eventual winners Chelsea. 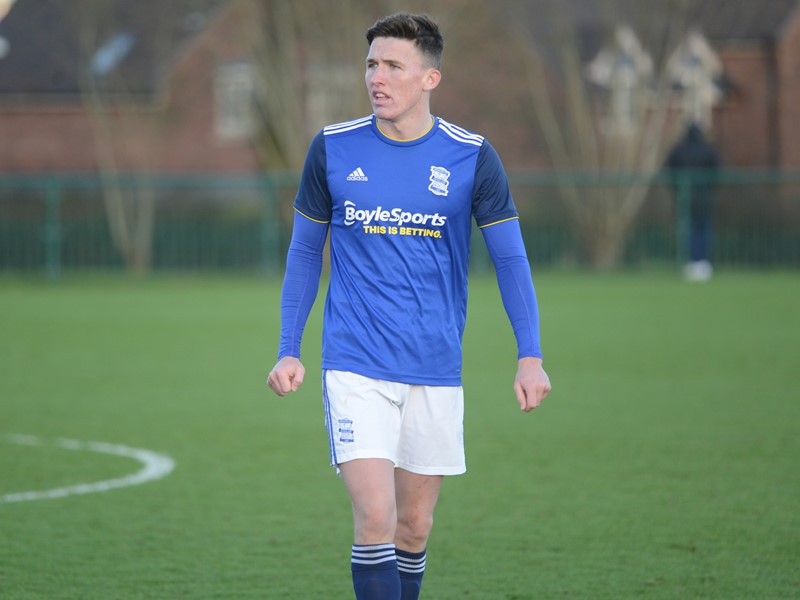