Catching up with - Olivier Tebily

The Birmingham City crowd is unbelievable. Outside of my teammates I had a lot of friends who were fans. When we didn’t have a game, they used to come to my house and have food.

During the current health crisis, we will be running a series of interviews with former Blues favourites that have featured in this season's matchday programme.

First up is defender Olivier Tebily. Sean Cole spoke to the enigmatic Ivorian at his home in France.

Ahead of the FA Cup fourth round tie against Coventry City, a familiar sound filled the concourse

Thousands of Birmingham City supporters had packed the Gil Merrick Stand, enjoying the novelty of an 'away' match at their own stadium. The atmosphere was more fervent than usual.

‘We all dream of a team of Tebilys!’ came the cry, followed by an imaginary starting line-up populated entirely by one man. Twelve years after his departure, Olivier Tebily remains a cult hero. His song still echoes around St. Andrew’s Trillion Trophy Stadium, and opposition grounds up and down the country. That strong relationship with supporters is a source of pride and he remembers it fondly.

“The Birmingham City crowd is unbelievable. Outside of my teammates I had a lot of friends who were fans. When we didn’t have a game, they used to come to my house and have food.

"They’re still my friends now. Some of them came to my house in France for a holiday. I’m really happy about that. It’s not all about football. It’s about meeting people and enjoying things and seeing friends,” he says.

Football helped to provide Tebily with a good life and memories that he continues to treasure. His journey in the professional game, which took him to England, Scotland and Canada, started at a French club called Niort. Having been born in the Ivory Coast, Tebily’s family moved to France when he was just two years old.

“When we first arrived in France, we were in Paris. From there we went to a small city called Poitiers,” he explains. “In Poitiers I started playing football with all the kids and at small clubs.

“It was amazing. I was on the bench. When I’d been called by the manager to be in the team I couldn’t sleep at night. It was so exciting. I didn’t get on the pitch, but I was on the bench for the first time. From there, everything started for me. I wanted to be there and not go back to the academy.”

After establishing himself in the Niort team, Tebily was signed by Chateauroux in January 1998, midway through their first and only season in Ligue 1. It was a big step up, and one he relished, even if the club were unable to survive. His first taste of top division football ended with a goal in a 2-1 win over Paris Saint-Germain.

“It’s like the English Premier League. If you didn’t play there, you didn’t play football,” laughs Tebily. “When I started at Chateauroux it was so exciting. To play against Paris Saint-Germain, Marseille, Nantes and all these big clubs when you’re young, it’s like a festival!”

Tebily spent just over a year at Chateauroux before his agent secured a deal with Sheffield United. The Blades were managed by Steve Bruce, and he wanted a commanding defender to help them earn a play-off place. There were only a few games of the season remaining and lots of hard work was needed to get up to speed.

“When I first got to the training pitch, everything went so fast. It was unbelievable. You had to think really quick and make quicker decisions. I was so impressed. I had to find my place quickly and try to play like an English player,” says Tebily. “After training I was in the hotel and I used to go to the gym to run and be in the right condition. I wanted to be there, so I had to fight and work outside of the pitch too.”

Those extra hours paid off. Sheffield United might have fallen short of the top six, with Bruce leaving at the end of the season, but Tebily had done enough in his eight appearances to earn a big move to Celtic in the summer of 1999. He was signed for £1.25million.

“I had a very good performance against Sunderland, and Kenny Dalglish and John Barnes were in the stadium. They contacted Sheffield United to do the deal for me to move to Celtic. The first day I arrived in Scotland they talked to me about the big derby – Celtic v Rangers. I didn’t know what it was about, but I quickly realised that it was a big game.

“That was my first impression when I came to Scotland. It was a massive stadium with 60,000 people. It was huge. When you play the first game there, you’re really happy.”
Celtic failed to win any trophies in Tebily’s first season but followed that up with a domestic treble under Martin O’Neill. They were well on the way to another title a year later when the opportunity arose to be reunited with his ex-boss Bruce at Birmingham. Tebily signed in March 2002, making his debut in a 1-1 draw away to Coventry City as Blues closed in on the play-offs.

“When I first came to England, I was with Steve Bruce at Sheffield United. When he arrived at Birmingham, he needed a defender again for the play-offs. He asked me to come and, because he was my first manager in England, I came straightaway.”

It proved to be a good decision. Tebily was ever present as his new side ended the season unbeaten. They finished fifth to set up a two-legged tie with Millwall that would cement his reputation as a fearless competitor and fan favourite. Playing in centre midfield at the notoriously hostile New Den, Tebily snapped into a challenge with Stuart Nethercott despite having lost his boot moments earlier. Somehow, he emerged with the ball.

The 44-year-old laughs at the recollection of an incident that epitomised his sheer desire and commitment to the cause. He wasn’t to be beaten and neither were Blues. The final itself was even better as Darren Carter’s penalty confirmed a long-awaited promotion. Tebily made sure to keep a souvenir to remember the occasion by.

“I was really happy. I’ve still got the flag from when we went up to the Premier League in my house,” he says. “We went to see the crowd and I took the big flag from that time. I still have it now. It reminds me of a really good moment, every time I see it.”

Birmingham were transformed during their first two years at the top level. Plenty of new, high-profile signings brought fresh optimism to the Club, which started to feel at home in its new surroundings. It was a thrilling period for the players too.

“We had Dugarry, Forssell, Morrison, Stan Lazaridis, Stern John, Robbie Savage. It was unbelievable. That’s a good memory. Every time I think about that time, we want to come back. But we cannot do that,” laughs Tebily.

Unfortunately, the good days couldn’t last forever. Blues faltered and were relegated in 2006. Their fourth season was a step too far as a much-changed squad found itself mired in the bottom three for months on end. Tebily and others were recalled as Bruce went back to basics. Home wins over Bolton Wanderers and Blackburn Rovers briefly made an escape feel possible but it wasn’t enough.

Having been regularly involved in the team during his first few years, Tebily increasingly found himself on the sidelines. He made just six appearances in the subsequent promotion campaign and none the year after that. His last game for Birmingham came in an infamous 1-0 home defeat to Norwich City. Although disappointed to be left out thereafter, it didn’t affect his feelings towards the manager or the Club.

“When you’re not playing, you’re not happy. That doesn’t mean that you don’t have a good relationship with people, but we’re competitors. We want to play every game, every time, but we cannot because the manager has to make decisions. I was still happy to be with everyone. I could stay 10 years or more in Birmingham, but I needed to play.”

As a result, Tebily’s contract was cut short in January 2008 and he joined Toronto FC. “It was difficult to leave. I wanted to cry. But I had to leave to play football. Every time you move to a new club you learn something new. To learn with so many good players, and against teams like Arsenal and Chelsea, was a really good experience. I could stay in Premier League football all my life. It’s the most amazing football in the world.”

In contrast, MLS was very different to what Tebily had been accustomed to. It didn’t give him the same feeling of excitement and anticipation. After just four games, at the age of 32, he decided to retire to be closer to his family in France and start a new chapter in his life. He’s now a renowned cognac producer.

“When I signed my first professional contract, I used it to buy a house. I bought three or four hectares of vineyard to go with the house and I said to myself, ‘Maybe when I retire that would be good for a new job.’ I’m enjoying it. It’s all about learning and creating something, and that’s really exciting,” says Tebily. 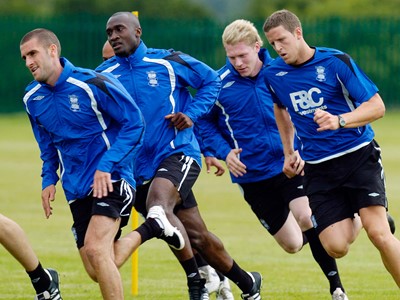 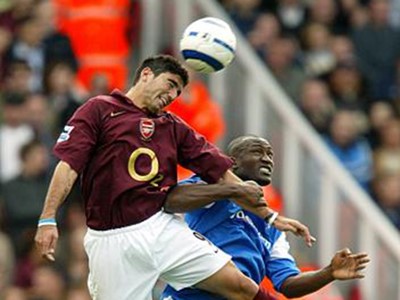 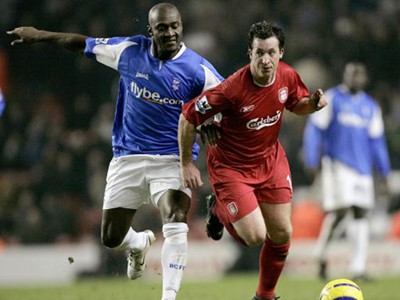 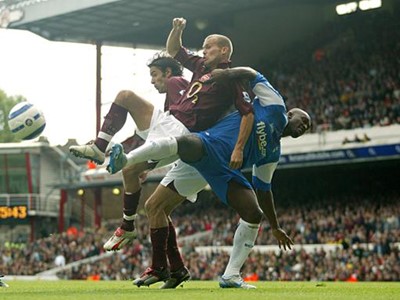 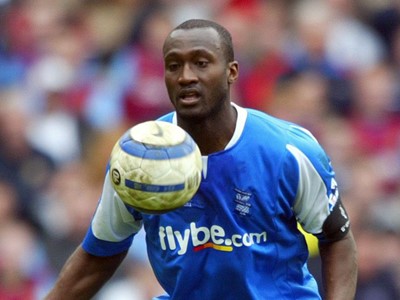 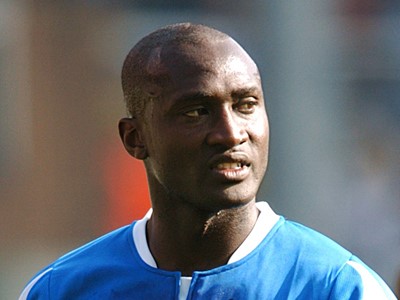 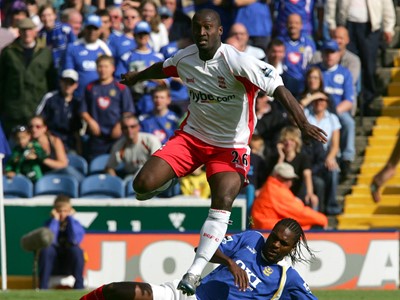 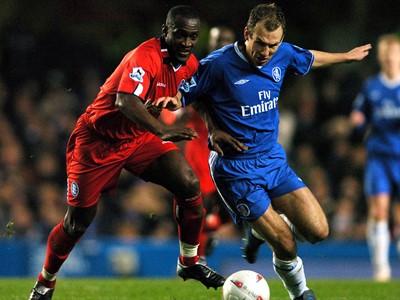 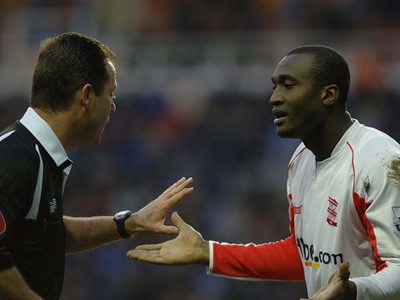 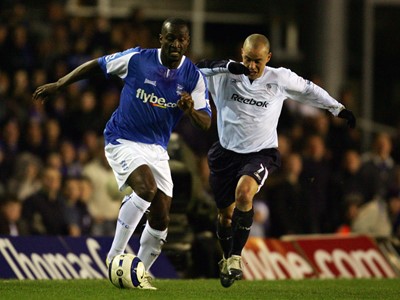 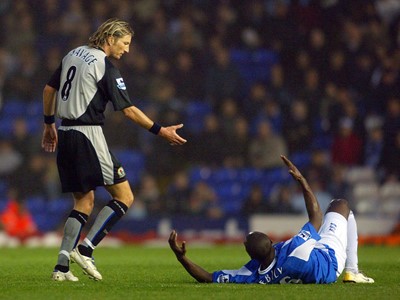 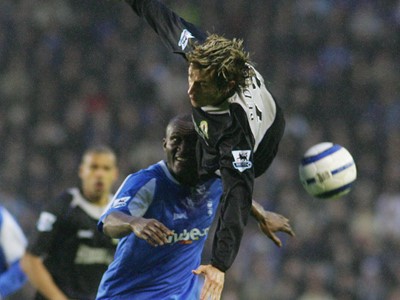 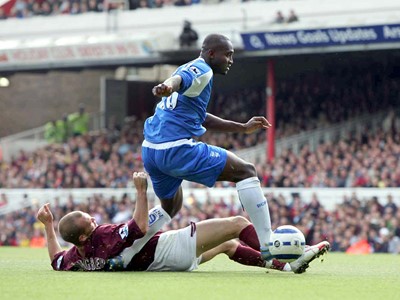 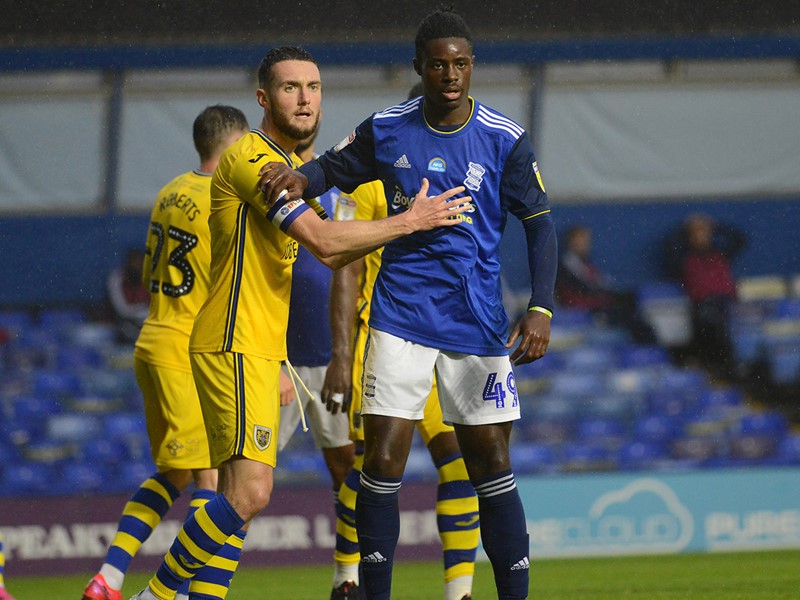 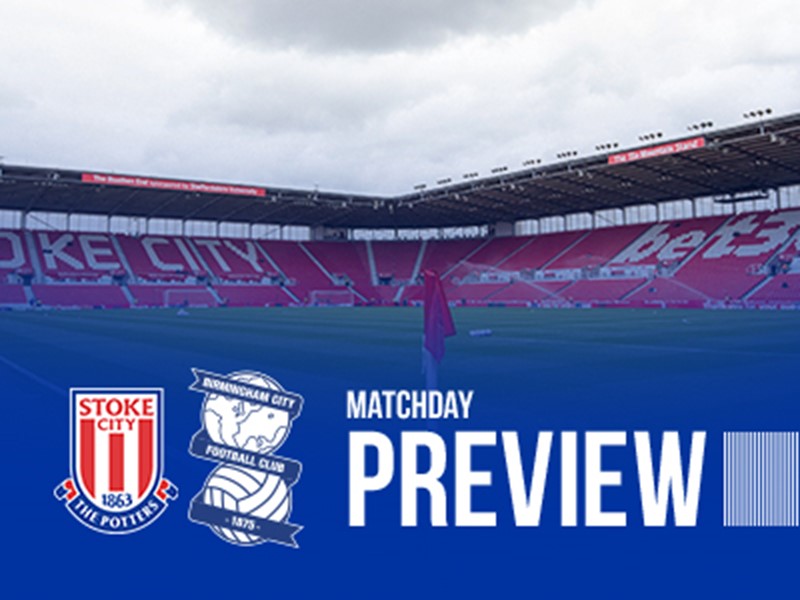