It's time for our FIFA20 Xbox Competition final

Blues inaugural FIFA20 tournament on Xbox One has reached the final.

Tomorrow at midday, Pandas18 and EuanBCFC26 will go head-to-head in a bid to be crowned champion.

The winner will receive a signed Blues shirt, two VIP hospitality places, and they'll lead the teams out at a game next season.

Pandas18 has kept a tight back-line throughout the tournament, conceding just four goals, whilst EuanBCFC26 has scored at least 5 goals in every match he's played.

Good luck to both competitors! 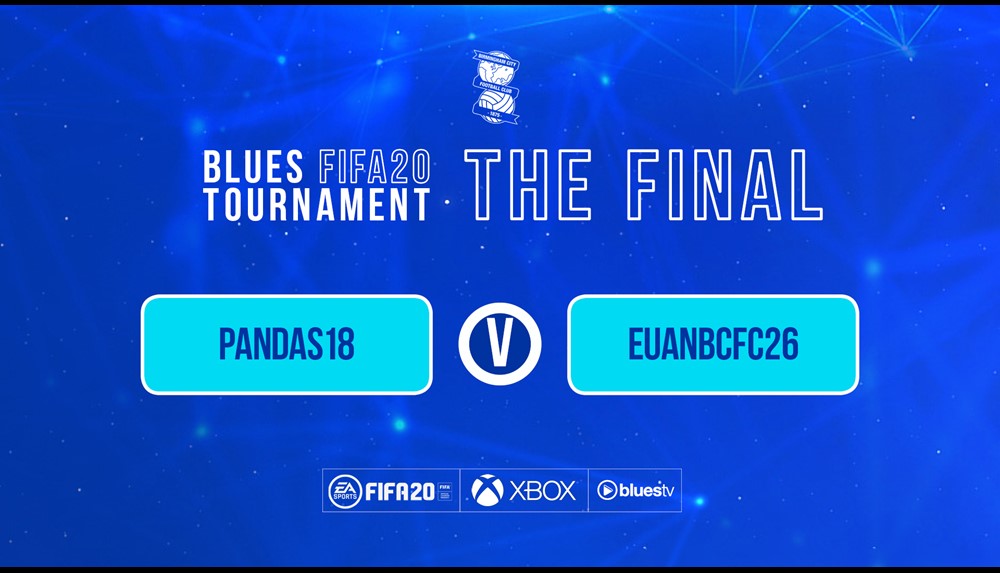