To compound matters, one Swansea goal stemmed from a wicked deflection and another from a scuffed shot.

The loss came despite the hosts making a positive start and actually taking the lead.

Lukas Jutkiewicz headed Blues in front after just five minutes, but Swansea hit back twice before half-time, and then added a decisive third goal after the break.

To compound matters, one Swansea goal stemmed from a wicked deflection and another from a scuffed shot.

Jutkiewicz was back in the starting line-up, with teenage midfielder Jude Bellingham dropping to the subs' bench, as Blues reverted to a 4-4-2 formation.

Blues made a lively start and Jutkiewicz saw a looping header saved by Swansea goalkeeper Woodman before Jeremie Bela saw his near post shot pushed behind for a corner.

But from the resultant deadball Blues were rewarded with a goal.

Bela laid a short pass off to Dan Crowley who flighted a cross into the box. Jake Clarke-Salter helped it on for Jutkiewicz who made no mistake this time around.

But the Swans were soon back on the front foot themselves and Brewster was not far away with a header, before he did fire his side level two minutes later.

Blues failed to clear Roberts' deep cross from the left and Rhian Brewster volleyed home from close-range despite coming under pressure from Clarke-Salter.

On what was a wet and slippery St. Andrew's playing surface, the ball was zipping around with real pace.

Swansea were having most of the possession, but Blues were hunting them down in packs.

With just over half an hour played, Swansea were presented with a good chance after the ball found Grimes on the edge of the area, but the Swansea man blasted his effort a yard wide.

Blues had half a shout for a penalty after Bela appeared to be nudged inside the Swansea box, but referee Jarred Gillett wasn't interested.

A neat piece of play saw Jutkiewicz sweep the ball out to Bela on the right. The winger ran on with the ball before curling a threatening return ball to Jutkiewicz in the box, but the striker headed over.

With the game rapidly approaching half-time, Blues unluckily found themselves behind.
Connor Roberts' cross took a big deflection off a Blues player and it fell directly into the path of Ben Cabango who slammed it home from eight yards.

Blues made one change at the break with Bellingham replacing Scott Hogan.

Bellingham’s introduction almost paid immediate dividends as he found himself with the ball just 10 yards from the Swansea goal, but he dragged his low shot wide when he really should have done better.

But things were soon to go from bad to worse for Blues after 53 minutes when they found themselves 3-1 down.

The visitors won a corner on the right which Grimes fired in low. In what was seemingly acres of space, Jay Fulton met the ball by the penalty spot and scuffed a shot into the top corner of the net leaving Camp with no chance.

The Welsh side really had the wind in their sails now, but the next opening fell to Blues.
Unfortunately, Bela’s on-target shot was deflected behind for a corner.

Blues were continuing to seek a way back into the contest and Gary Gardner was the next home player to try his luck, but his curling attempt was off target.

Jutkiewicz should have possibly done better with Blues’ next chance after Bellingham’s pass found him just outside the six-yard box, but he scooped his half-volley into Woodman’s hands.

With 76 minutes on the clock Blues Head Coach Clotet went for a final throw of the dice when he sent on teenager Jayden Reid for his debut in place of Bela.

But it could and should have been 4-1 to Swansea after 81 minutes when Brewster was put through with just Camp to beat. Brewster attempted to lob the ball over the Blues ‘keeper but Camp came running out to the edge of his box and brilliantly denied him.

With time rapidly running out, Blues were throwing more and more bodies forward, but they ultimately failed to find a way back in the fixture and they must now dust themselves down ahead of a trip to Stoke City on Sunday. 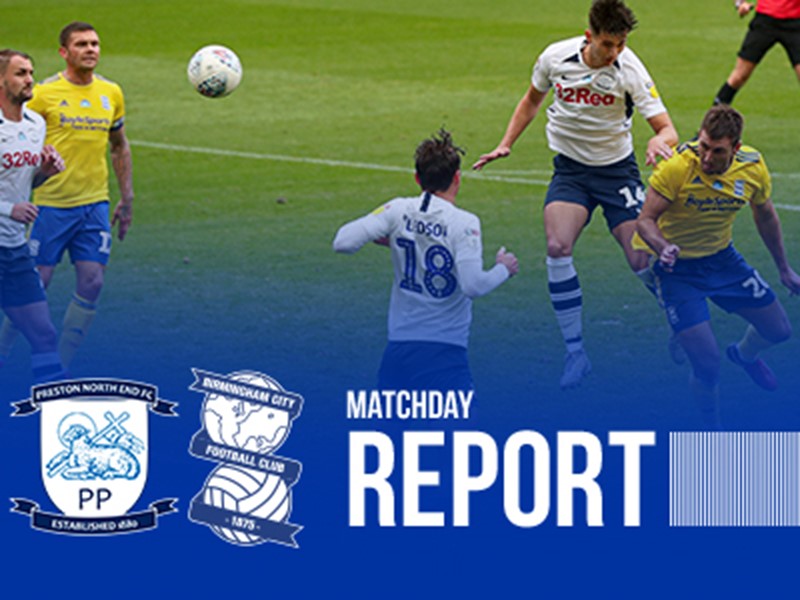