I knew coming here we had a good squad, and I believed in this group.

Lee Bowyer insists that his mentality has not changed and that winning remains the only option for his Blues side despite them pulling further clear of the relegation zone last weekend.

Blues picked up a vital win away to Rotherham United on Sunday and in the process took another big step to securing their Sky Bet Championship status.

Victory against the Millers, courtesy of Harlee Dean’s 88th-minute header, extended the gap between Bowyer’s side and the bottom three with just four matches left to be played.

And the fourth win in six has left the atmosphere understandably vibrant at the Trillion Trophy Training Centre.

Bowyer told reporters: “[It is a] very good mood. The result at the weekend helps that mood and everyone is positive and happy. It’s a good place to be at the minute. The players are rested and ready to go.

"We have put ourselves in a very good position to stay in this division. I knew coming here we had a good squad, and I believed in this group. Every game is hard and it is finding a way to win, and we have been doing that." 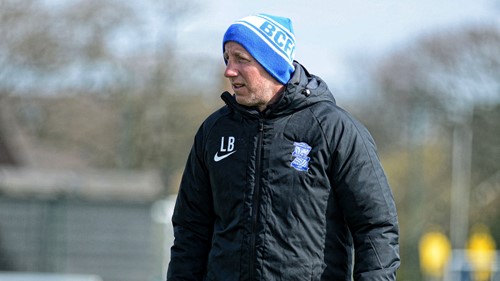 The Head Coach was speaking to the media ahead of Blues’ home game against Nottingham Forest on Wednesday night.

Chris Hughton’s Reds are just one point ahead of Blues in the standings, with Bowyer highly complimentary of the former Birmingham boss.

He said: “He’s a lovely man, very experienced and polite, he’s a gentleman. It will be good to stand in the opposition dugout, he’s done well.”

The Gaffer continued his virtual press conference by explaining how he will manage his squad to win the first of two games in the space of four days, as well as providing an update on Alen Halilović’s fitness.

Bowyer explained: “You look at positions and players, you want to be as strong as you can as you want to win every game. Whatever side I put out, whether I make changes or not, I still believe it will be a strong enough team to win the game. A few players who weren’t really in the fold before have come in and I trust them.

"The only one missing was Alen, he trained a little bit yesterday and today, Forest is probably going to come too soon for him. We will keep him back, we have another game Saturday. It is good to have him back training with us." 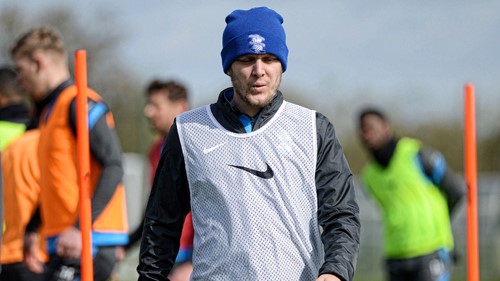 One player who is available for selection is Amari Miller and Bowyer told the press what he has seen from the youngster who made his First Team debut against Stoke City earlier in the month.

Outlining Miller’s qualities, he said: “Goals, assists, pace, something that we probably lack a bit is pace. He’s at that age where he is fearless. When he came on against Stoke, he got himself into an area and wasn’t afraid to go at the defender.

“I think he will be a good player. He just needs to keep working hard. Hopefully, this taste that he’s having will drive him on for next season. Maybe he will play again this season.

“I like him as a person, his manners and he’s respectful. The senior players love him as well.

“He’s going to make mistakes, but he keeps going. He’s fitted into the group well.”