It’s a return to Sky Bet Championship action for Blues tonight as they host Derby County under the lights at St. Andrew's. Here’s everything you need to know about the Rams ahead of kick-off...

Unbeaten in their last three, Derby County will come into tonight’s St. Andrew’s showdown thinking what might have been at the start of the new campaign.

An opening-day draw with Huddersfield Town was followed up with defeat to Peterborough Town, who scored goals in the 91st and 99th minute to win, with the Rams having led with just over ten minutes left to play.

Wayne Rooney’s team bounced back with victory over Hull City just four days later, before drawing games against Middlesbrough and Nottingham, taking them into the international break in 15th place.

The Rams’ Carabao Cup journey this season was fairly short-lived – after beating League Two outfit Salford City on penalties in the first round, Derby lost 2-1 to Sheffield United in their next fixture. 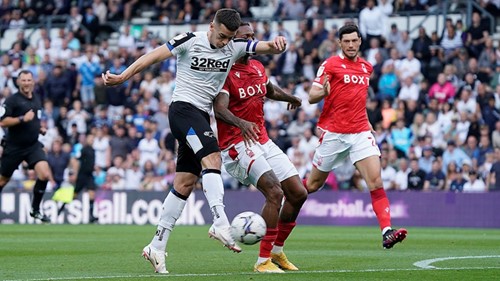 Rooney’s management career started at Pride Park when he was appointed interim manager last November due to Phillip Cocu's sacking.

By January, he’d taken the job on full-time, having removed himself from the playing squad to focus on his new role.

The former Manchester United and Everton man just about guided the Rams to safety during the 2020/21 campaign; they finished 21st, one point ahead of relegated Wycombe Wanderers. 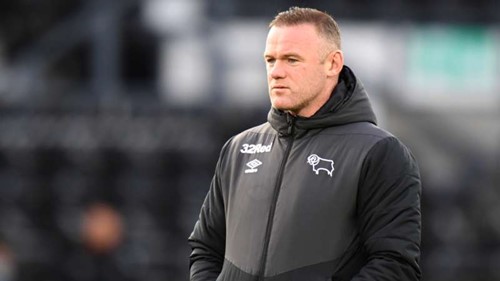 Now 28-years old, Ravel Morrison is back in England and playing for the Rams having signed a one-year deal this summer.

He scored on his debut for his new employers in a 3-3 draw with Salford City in the first-round of the EFL Cup, which his team would later win on penalties.

Morrison is well-known to Blues fans – he spent a season on-loan at St. Andrew’s during the 2012/13 season. To date, the 27 games he played for Blues that year is still the highest amount of matches Morrison has ever completed in a season up to this point.

Skilful, hard-working and at times, utterly unpredictable – the Rams will hope Morrison can show glimpses of what Sir Alex Ferguson saw when he first signed for Manchester United. According to Rio Ferdinand, the former United manager once described Morrison as the ‘best player he’d ever seen at that age’. 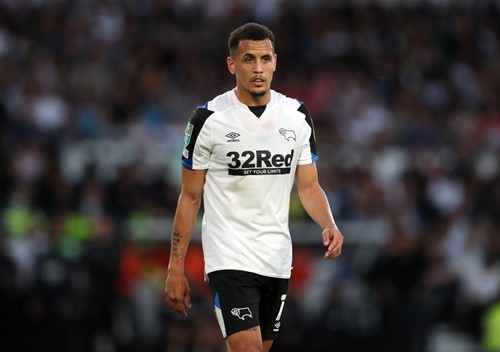 Lukas Jutkiewicz's second-half double ensured Blues' Championship safety when the two sides met in a nail-biting encounter at the IPro Stadium in April.

His two headers, just 18 minutes apart, sealed a fourth win in six games for Lee Bowyer, after Colin Kazim-Richards had opened the scoring for the Rams. 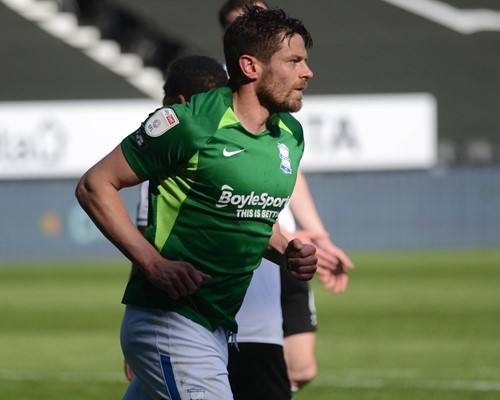 Derby hold a slight edge over Blues when it comes to the overall head-to-head record between the two teams.

The Rams have won 49 of the 126 games contested, with the first contest dating back to 1885 when Small Heath would beat Derby 4-2 in the FA Cup.

Blues have 41 wins to their name over the East Midlanders, whilst 36 ties have ended even. 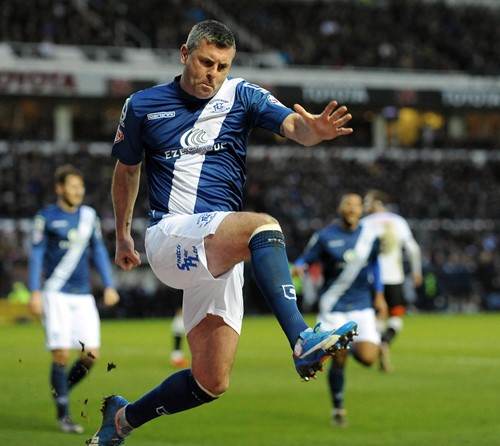 Derby County were formed in 1884 by the county’s local cricket club, who wanted to expand their sporting activities over the wintertime.

But back in the 19th century, they weren’t the only club carrying city’s name. Derby St Luke’s, Derby Town and Derby Midland FC all competed using ‘Derby’ title in their team names.

St Luke’s would fold at the start of the 1890’s, Town are still playing amateur football in the area to this date whilst Midland FC would merge with County in 1891.