Blues travel to AFC Bournemouth in the Sky Bet Championship on Saturday afternoon.

The second away trip of the week presents an opportunity for Aitor Karanka’s team to build on the point picked up on Tuesday night and continue their impressive form on the road.

Only twice on their league travels this season have Blues tasted defeat, with the draw against Wycombe Wanderers meaning Blues remain unbeaten away from home since before Christmas.

And whilst they come up against a Bournemouth side with the division’s sixth-best home record, the Cherries are without three points in their own back yard since the middle of December.

The latest of these struggles at the Vitality Stadium ended in a 2-1 defeat to Sheffield Wednesday on the same evening Blues took on the Chairboys and led to club parting company with Jason Tindall.

Such midweek developments only add further value to the three points on offer this weekend, with Blues hunting a first victory at Bournemouth since 2013 in what is the 20th meeting between the two sides. 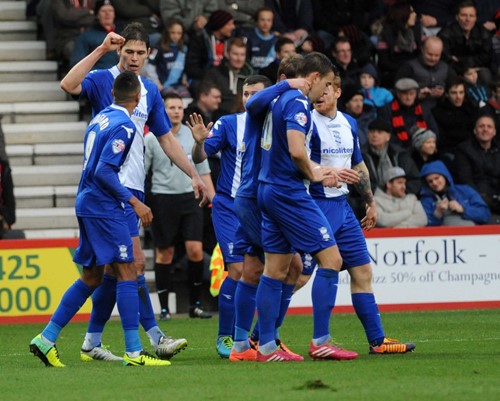 Bournemouth will be under the temporary guidance of Jonathan Woodgate as they look to bounce back from four consecutive Championship losses. The former Middlesbrough boss has taken the reigns whilst the league’s sixth-placed team complete the process of appointing a new manager after Tindall’s 22-year association with the club was ended on Wednesday.

The latter had taken over from Eddie Howe in the close season and before the festive fixtures took place had the cherries top of the table. But in the eight games that followed, his side only collected five points slipping down to the final play-off spot.

Whoever is drafted into the Bournemouth hot seat will have an exciting task at hand with a number of their squad remaining from their five-season stint in the Premier League. This includes defender and captain Steve Cook, his namesake Lewis – who boasts an England cap – and experienced goalkeeper Asmir Begovic.

Amongst the attacking ranks, they have the league’s fifth and seventh-highest scorers in Dominic Solanke and Junior Stanislas. The duo have 19 goals between them this term and will be looking to step up further after Norwegian forward Josh King moved to Everton on loan. 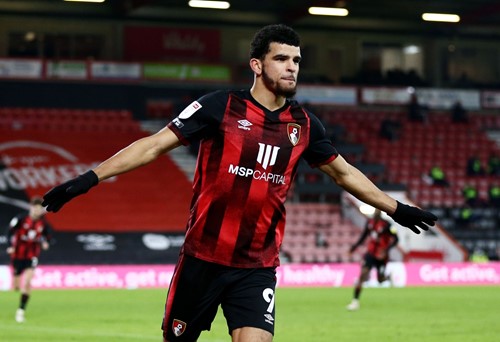 Blues were left frustrated by the heroics of Wycombe stopper Ryan Allsop as they had to settle for a point in Buckinghamshire. Controlling proceedings for the majority of the game and making most of the attacking running against Gareth Ainsworth’s team, Blues were repeatedly foiled by Allsop as the game ended goalless. Mikel San José and Maxime Colin came closest before Blues had to play the closing stages with ten men after Marc Roberts was shown a straight red card for a professional foul.

Bournemouth conceded late as they lost to Sheffield Wednesday in Tindall’s last game in charge. The Owls took a first-half lead when Callum Paterson pounced upon defensive indecision, but it seemed like the Cherries had done enough for a point thanks to Stanislas’ leveller from the penalty spot. However, Jordan Rhodes popped up with a header in added time to send the three points back to Hillsborough.

Blues were unable to hold onto their lead when they last visited Bournemouth.

But by the interval, the home team were level through Steve Cook and Callum Wilson.

Yann Kermorgant’s 48th-minute penalty completed the turnaround and, even before Paul Robinson’s 77th-minute dismissal, the game had been realistically put beyond Blues when Charlie Daniels’ strike looped over Darren Randolph.

Zach Jeacock (ankle) and Caolan Boyd-Munce (thigh) are out through injury, whilst Alen Halilović is a doubt. New arrival Yan Valery is available for selection. 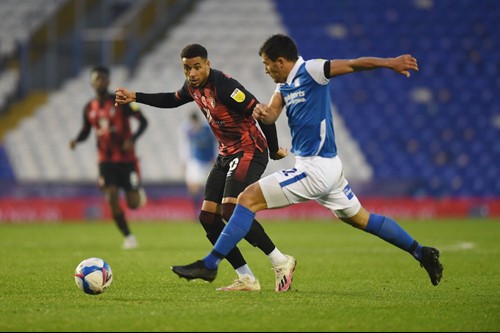