Blues come into this one on the back of two away trips.

The 3pm kick-off is Blues’ first home game of February and comes against a side they collected a point off on the road in November.

Blues come into this one on the back of two away trips where they drew at Wycombe Wanderers before most recently being narrowly beaten at AFC Bournemouth.

Defeat on the South Coast was only the third time that Aitor Karanka’s men have lost away from home in the league this season, with the Spaniard hoping his side can carry such form into matches at St. Andrew’s Trillion Trophy Stadium.

Opponents Luton drew 1-1 with Huddersfield Town last Saturday and travel to the West Midlands in search of a first win in four.

However, you have to go back to 1986 for the last Hatter’s victory in B9 and Blues will be eager to extend that record when the pair go head to head again this weekend. 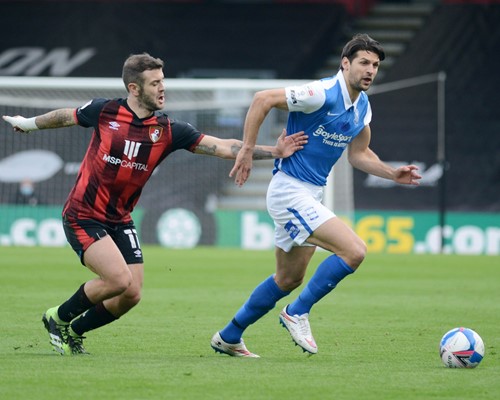 Luton are enjoying their second season back in the Championship after a 12-year absence was ended with promotion from League One in 2019. Led by Nathan Jones, the Welshman has picked up where he left off after a tricky spell as Stoke City boss by guiding the Hatters to safety last season.

This term they sit in the mid-table places and are currently 11 points away from the play-off spots, knowing an improvement in their away form and overall goal threat could lift them even higher.

Their most obvious attacking outlet is striker James Collins who has ten goals in all competitions this campaign. Such fine form, including Luton’s effort at Huddersfield, means he has now hit double figures in seven consecutive seasons and has nearly a third of their league goals since the opening day.

He is well served by Harry Cornick and Leicester City loanee Kiernan Dewsbury-Hall. The latter has proven a serial man of the match recipient whilst on loan and has recorded three goals and two assists during this period. Notably, this included the winners in their last two league successes against Bristol City and Bournemouth, but Luton will know that they need to find more goals having drawn a blank in 44% of matches this season. 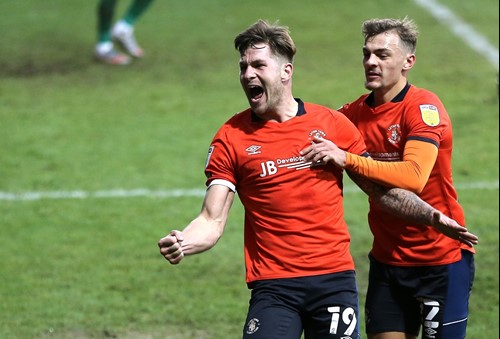 Blues deserved more as they were defeated 3-2 by Bournemouth at the Vitality Stadium. Scott Hogan had given Blues a lead before Arnaut Danjuma and Jack Wilshere turned the tables, only for the visitor’s number nine to equalise with his second of the afternoon. But just as it seemed Karanka’s men would be heading home with at least a point, substitute Philip Billing got on the end of a free-kick to score a winner for the Cherries.

Luton were also left to rue what might have been as they had to settle for a share of the spoils with Huddersfield. Collins had put Jones’ side in front after 11 minutes and it appeared they were about to end a run of successive 1-0 defeats with a victory by the same scoreline. That was until 16 minutes from time when Naby Sarr put home the rebound to a Juninho Bacuna free-kick to give the Terriers a point. 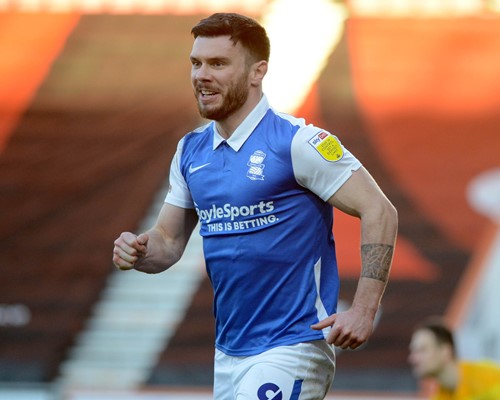 Seemingly going in goalless at the break, Kristian Pedersen found the opener as he headed home a Maxime Colin cross with the final play of the first period in the third minute of added time.

The effort was the Dane’s second goal of the season but was cancelled out by Cornick after the interval and as the game entered the final ten minutes it appeared it would be two points dropped.

But Blues’ number ten had other ideas and found space at the far post to head home in front of the Gil Merrick. 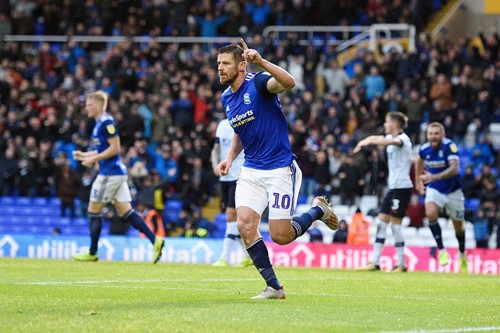 Zach Jeacock (ankle) and Caolan Boyd-Munce (thigh) are out through injury, whilst Alen Halilović is a doubt. Marc Roberts serves the second of his third game suspension. 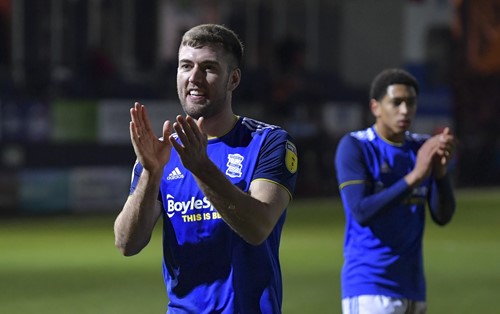 Our game with Luton has been selected for international broadcast, the match will be available on BluesTV to UK and dark market territories.

Supporters in the UK must purchase a PPV pass in order to watch the live coverage. 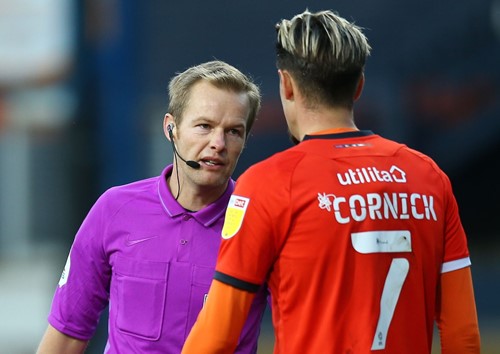