We moved the ball better and created some good chances.

Lee Bowyer felt his side were hard done by after they were beaten by AFC Bournemouth in the Sky Bet Championship.

Blues had the better opportunities in B9 and more than matched a Cherries team who have been tipped to be in the promotion picture come May.

However, it will be a lesson in ruthlessness that will be taken home after Scott Parker's men took two of their very limited attacking opportunities to leave the Second City with all three points.

Speaking after the game, the Head Coach expressed his frustration at the outcome but it was clear he was proud of his team's efforts.

He told reporters: "It's disappointing because I think we deserved more than that. From start to finish we made it difficult for them. They couldn't break us down. The first half-chance that they got, they scored. It was handball as well, he nudged it with his arm in front of him.

"I don't think we deserved that 2-0 scoreline either, it doesn't say how it is. First-half, especially the last 25 minutes, I thought we did really well. We moved the ball better and created some good chances. Up until the goal, yes they had possession but a lot of it was in front of us." 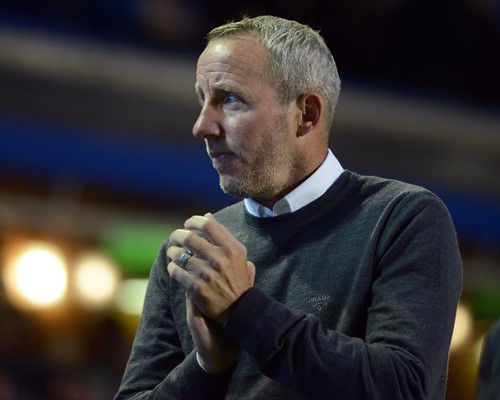 As well as enjoying the team endeavours, the St. Andrew's crowd were able to get off their seats at the performance of Tahith Chong.

Back after a one-game injury absence, the Manchester United loanee dazzled on his competitive home debut and the Boss was delighted with his showing.

Bowyer said: "It was good to have him back. It was good for him to get 80 minutes under his belt. He caused them problems, especially first-half, him and [Jonathan] Leko I thought that worked. When one was running with it, the other one was running in behind - they are both quick lads.

"Chong is a good player and he can play anywhere. He has played two games now and has played in two different positions, and I am sure he will play in a few more as well! Good players just adapt."

After three league outings, Blues sit on four points ahead of a weekend trip to Luton Town.

They then host Fulham in the Carabao Cup second round before visiting Barnsley, and Bowyer took time to assess the games so far as well as the strides that Blues continue to make.

He said: "It just shows how far we have come. We are only a few games in and there is still a long way to go. But as a group, we are improving all the time and we showed that again tonight. Some of our play tonight was excellent. So, all we can do is keep trying to improve as a group and see where we end up."

Bowyer also spoke to BluesTV after that game and you can hear more of his thoughts below.