Overall, it is a fair point.

Lee Bowyer was pleased with the balance of his side as they picked up a point away at Huddersfield Town on Wednesday night.

Blues battled hard to also earn a clean sheet and created chances in both halves at the John Smith's Stadium against a side that currently occupies one of the Sky Bet Championship's play-off places.

Speaking to the media in his post-match press conference, the Head Coach was satisfied with his team's efforts at both ends of the pitch after they had fallen slightly short in one or the other during recent matches.

Bowyer told reporters from the local and national press: "You have got to have the balance and that is something I have had to sacrifice. This is the way that we stayed in the division last season. It is not as pretty as I would like it to be.

"Something had to change and that is what I have done. 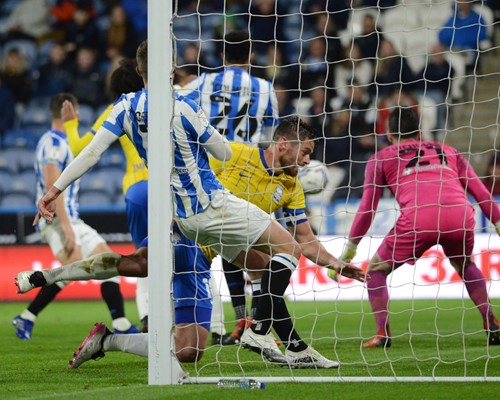 "There are positives to take from tonight. With some of the results we have had, it would be easy for the players to hide. But the players are fighting for everything."

Reflecting further on the showing in West Yorkshire, Bowyer dived deeper into the specifics of Blues' performance and without stating the obvious alluded to the missing touch in the final third.

He said: "I think it is a well-earned point. It was a good fighting spirit from my players. I can’t fault the work ethic again from the group. Did we deserve a point? Yes. Could we have won the game? We just needed that bit of quality when we won the ball back and when we get to the final third with that final pass.

"Overall, it is a fair point. Huddersfield is a tough place to come. They are a good side, in the top six and in form." 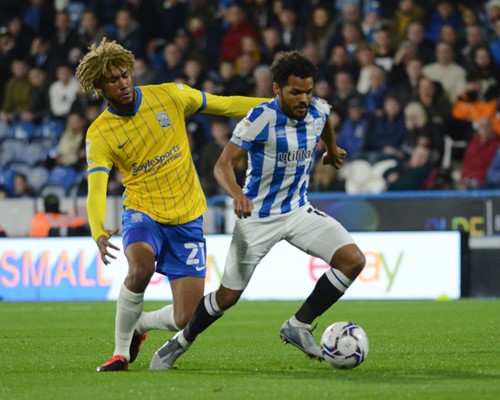 There was additional insight from the Boss in terms of the changes he has made to personnel of late, including the inclusion of Jordan Graham for his first league start.

"Jordan and Riley [McGree], I have to take my hat off to them. Especially Jordan in the deep end after [Jeremie] Bela got injured yesterday. I know what he brings in the final third, that quality of crossing and [Gary] Gardner nearly scores."

Subsequently, the Gaffer gave information to the media about the injury sustained on matchday minus one to Jeremie Bela.

Bowyer explained: "Bela got injured on his ankle yesterday. He has gone to block a shot and his leg was in the air and it caught it wrong. He’s done his ligaments. He has got a bit of swelling there. Jordan got an opportunity, and he took it."