I believe this team can get on a run.

Lee Bowyer felt that it was hard to criticise his side after they were edged out in their meeting with West Bromwich Albion on Friday night.

A single Karlan Grant counter 15 minutes from time was the difference at the Hawthorns, with the goal coming against the run of play live on Sky Sports.

And the Head Coach had little else but praise for his team as they took on a side widely touted for an immediate return to the Premier League.

Speaking to the media post-match via Zoom, Bowyer highlighted all that was missing was a Blues goal under the lights.

He told the press: "That has been us of late. We are creating good chances, not taking them and then being punished. I can't fault the players, they gave everything again. They followed the game plan we set out to the very smallest detail and performed very well as a team.

"My only disappointment was the goal, a lack of concentration and we got punished.

"We are improving still as a group. As long as we keep trying to do the right things we will move in the right direction. Once we get that next win under our belt, I believe this team can get on a run."

The Gaffer also highlighted the solid nature of his side as a unit, one which frustrated the hosts and put in a performance that it appeared would be enough for at least a point on the road.

He said: "I thought we looked solid. Dion [Sanderson] and George [Friend[ both performed really well and [the latter] showed good leadership. The youth and pace [of Sanderson], with Robbo in control of the backline. The two lads in front of them were very good as well. We limited them to very little and mostly from distance. I thought we did well."

There was also individual praise for Scott Hogan during the post-match press conference. Blues' number nine worked tirelessly to lead the line alongside Lukas Jutkiewicz, with the Boss delighted at his contribution.

He explained: "Scott Hogan was outstanding tonight. I had a few harsh words to say to him after the last game and got the reaction that I was after. His worth ethic and his fight was spot on." 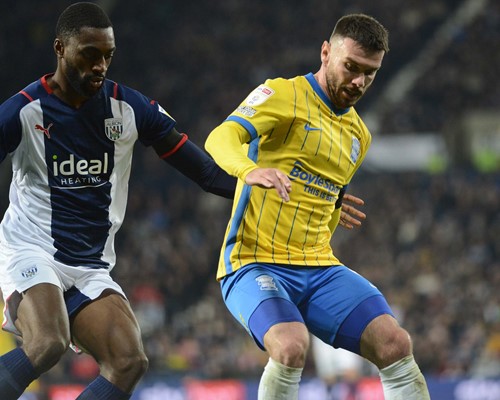 Along with the defeat, the only other negative came in the withdrawal of Maxime Colin. The right-back had to be substituted just moments into the second-half and there was an update on the Frenchman's status.

Bowyer said: "He has, and to be fair to the lad, been playing through this injury for a while now. He has a problem with his Achilles and tonight was a step too far. He's going to be a loss."

You can hear more of Bowyer's post-match thoughts, as he spoke to BluesTV after the game.