When you produce under pressure it’s a great feeling.

Blues midfielder Rekeem Harper previewed the upcoming Sky Bet Championship game against Norwich City when he spoke to the media on Monday afternoon.

Aitor Karanka's team welcome the league leaders to St. Andrew's Trillion Trophy Stadium on Tuesday evening and come into the clash on the back of a win away to Sheffield Wednesday.

Harper played the full 90 in a strong team performance at Hillsborough but was singled out by supporters for extra praise as they voted him as their man of the match.

Who was your MOTM from today's game, #BCFC fans? 🌟

That win lifted Blues out of the relegation zone and they now have the chance to pull further clear of danger when they face the Canaries. However, the West Bromwich Albion loanee made it perfectly clear that nobody is taking anything for granted in the games to come.

Talking via Zoom from the Trillion Trophy Training Centre, Harper explained what comes next for Blues and how he feels both he and the team have the capacity to create more moments like the one that proved decisive on Saturday.

He told the media: “I feel like I have got a lot to bring and there’s more to come. In this team, there’s quite a lot of creative players. Even off the bench there’s been [Jonathan] Leko, Alen [Halilović], Jon [Toral] and even in the midfield [Gary] Gardner creates a lot of chances. The wide players too, Bela created Scott’s goal the other day. I feel like we create chances, it’s just about taking them now.

“The win at the weekend was a very positive one and long may it continue.” 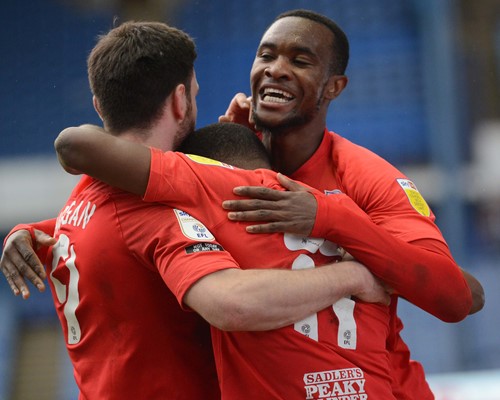 The 20-year-old talent went on to reveal one of the key driving forces behind the team and how it is a case of turning the pressure with 15 games remaining into a positive factor.

The midfielder said: “The fans can’t be with us but they are inspiring us to keep pushing, Birmingham City Football Club deserves it. Three points [against Norwich] would mean a lot, not just to the group but the whole fanbase. We are motivated to bring home the three points.

“The boys are confident. With the quality of player we have here and the experience I feel like we can do this. There are 15 games left in the season; every time we go out there we have to think about what’s on the line, the people there supporting us, we can go and do it. There is no reason why we can’t do it, we’ve just got to take the opportunity and not miss it.

“When you produce under pressure it’s a great feeling. When you prepare right and then go and do it, I just want more of those feelings." 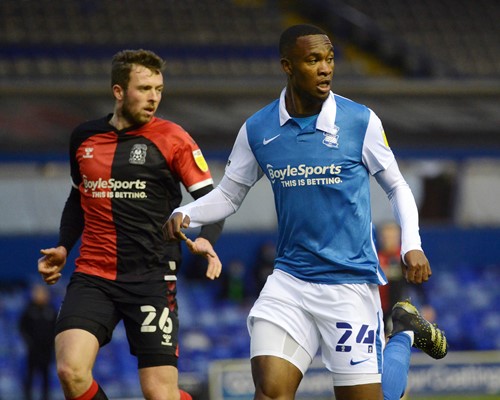 A visit of Daniel Farke's Norwich is the first of those remaining fixtures and Harper offered an insight into his frame of mind ahead of the 7pm kick-off in B9.

He told the media: “Norwich are top at the moment but we are confident too after winning a game. I see a football match as 11 players versus 11 players, whoever wants it more can win the game. Forget about the reputation of a club, you have just got to go out and win your individual battles, do what we do best and hope we get the three points.”

Harper arrived at Blues on loan in the January transfer window and with this being the first time he had addressed the media since making the switch he detailed the reasons behind his move across the West Midlands.

Addressing a selection of national and local press, he was clear in what influenced his decision.

He said: “Craig Gardner, I grew up training with him and really looked up to him as a young midfielder coming through the academy. To have Gardner and Aitor Karanka showing an interest in me, it was just why not. I know players here and I felt like I could come here and help the team and get minutes on the pitch.

“Coming here you see the group, you see the way the manager likes to work, the coaching staff and I see an opportunity here to develop and improve by playing football, so I feel like it was an easy decision for me.”