Aitor Karanka made a duo of changes to the side that played away to AFC Bournemouth last Saturday. Yan Valery was brought in at right-back after making his debut from the bench against the Cherries and Alen Halilović returned in attack after recovering from injury for his first start since Boxing Day.

Blues dominated possession in the opening ten minutes and the fit-again Halilović looked particularly lively as he frequently found pockets of space in the Luton half with just a clear-cut chance missing from such a controlled start.

Luton had their own effort with just over a quarter of an hour on the clock, but James Collins’ lob was only able to find the side netting. They did get their next attempt on target when Matty Pearson steered the ball goalwards from a corner in the 22nd minute, although the header was a comfortable grab for Neil Etheridge.

Blues continued to probe at the other end and Jeremie Bela struck wide as Ivan Sanchez found him with a header across the box.

However, it was the visitors who found the opener through Potts with 31 minutes played. Coming from a Harry Cornick long throw, Etheridge did well to initially deny a point-blank shot before the Hatters defender headed in the rebound from close range. 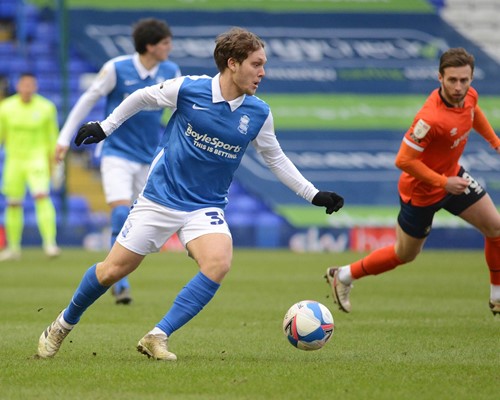 The second period started in a similar fashion to the first with the majority of the action taking place in the opposition’s half and Gary Gardner managed to get a header on target from a Bela centre.

Then in the space of 14 minutes, Karanka rolled out his full quota of substitutions, including three forwards as he introduced Jonathan Leko, Lukas Jutkiewicz and Sam Cosgrove along with Rekeem Harper and Ivan Sunjic.

Although it was one of the starters who was the next to go close for Blues when Valery’s cross-cum-shot landed on the roof of the net before San José collected a clearance from his own corner but could only hit a powerful half volley wide.

That proved to be Blues' last notable sight of goal and, despite limiting Luton to half-chances after the interval, the hosts were unable to find a way back into the game. 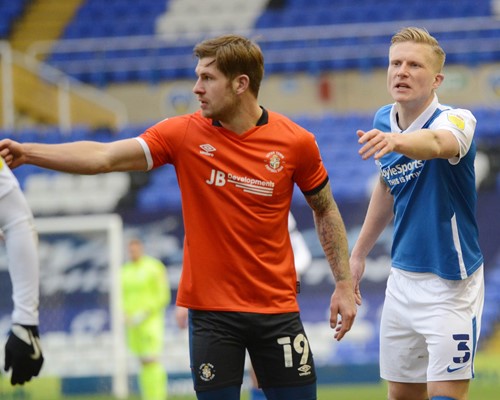 Potts’ first-half strike was not the prettiest of goals but ultimately proved the difference in the West Midlands in spite of Blues' best efforts to work their way back into the game.

The defeat means that Blues have collected 28 points from 29 matches played this season.

After a clear midweek this time around, Blues are right back into the cut and thrust of the Championship as they travel to Millwall on Wednesday night. Their travels continue into next weekend as Karanka’s men head north to face Sheffield Wednesday before home games against Norwich City and Queens Park Rangers the week after. 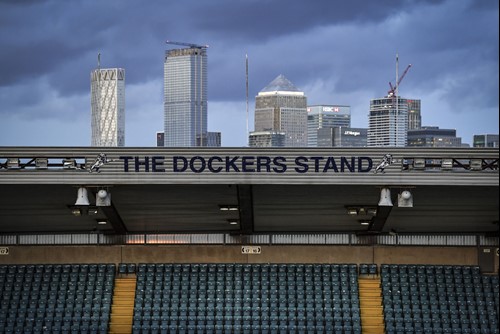