Bela’s well-taken spot-kick was the least Blues deserved for an impressive opening.

Blues drew 1-1 at home to Coventry City in the Sky Bet Championship on Saturday afternoon.

Jeremie Bela had given Blues a deserved lead before Gustavo Hamer equalised ahead of the break.

The draw is the fourth successive meeting at St. Andrew’s Trillion Trophy Stadium where the two sides could not be separated after 90 minutes.

Aitor Karanka made two changes to the team that faced Coventry ten days previous. Adam Clayton was drafted into central midfield alongside Ivan Sunjic and Kristian Pedersen came in at left-back. On the bench was recent arrival Rekeem Harper, with Andres Prieto back in the matchday squad.

There was an early scare for Blues when Viktor Gyökeres made his way into the box, but both Harlee Dean’s block and the linesman’s flag ensured any danger was promptly extinguished.

And Blues responded with their own attacking endeavours down the left-hand side as Maxime Colin and Ivan Sanchez combined to force a corner. There was then a penalty appeal when Jon Toral fell as he was poised to shoot, only for referee Geoff Eltringham to wave away the home side’s shouts.

However, Blues were successful in their next appeal when Sanchez was clumsily brought down by Sam McCallum inside the 18-yard box. The responsibility from the spot fell to Jeremie Bela and the Angolan forward duly stepped up as he found the net emphatically in the 18th minute.

A chance to double the lead presented itself nine minutes later, but Mikel San José was unable to make a true contact as he rose highest at a Bela corner.

The action then shifted ends and against the run of play Coventry equalised. Neat footwork from Ben Sheaf inside the penalty area created space for Gustavo Hamer and the Brazilian’s whipped effort found the corner.

Not feeling sorry for themselves Blues reacted, and Scott Hogan’s header forced a save out of Ben Wilson after Sanchez had crossed from the byline. Although Karanka’s men had to be alert in their own area, with Colin blocking a goal-bound effort from Brighton loanee Gyökeres towards the end of the half.

Blues emerged after the break with two changes as Gary Gardner and Marc Roberts entered the fray and the pair both contributed to a boost in the controlled aggression of the hosts. This led to a series of set pieces with just the final touch alluding Blues in the opening ten minutes of the second period.

A clear-cut chance did come shortly after the hour when Hogan pounced on indecision in the Coventry backline, but on the angle Bela could not steer the bouncing ball on target. 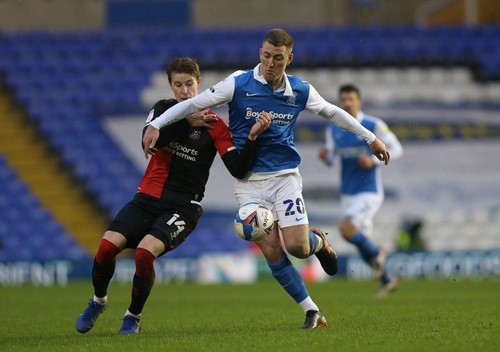 The Sky Blues were then the ones ruing their wastefulness in front of goal as Maxime Biamou rolled wide from a central position.

But, as with the reverse fixture, the former Sky Blues frontman did everything he could to turn the ball home in the closing stages without the ball crossing the line. On this occasion, Jutkiewicz’s late attempt was somehow kept out by a combination of Wilson and Leo Ostigard meaning Blues had to settle for a point.

Bela’s well-taken spot-kick was the least Blues deserved for an impressive opening. His conversion, which married power and accuracy, left Wilson helpless despite his decision to dive the correct side. 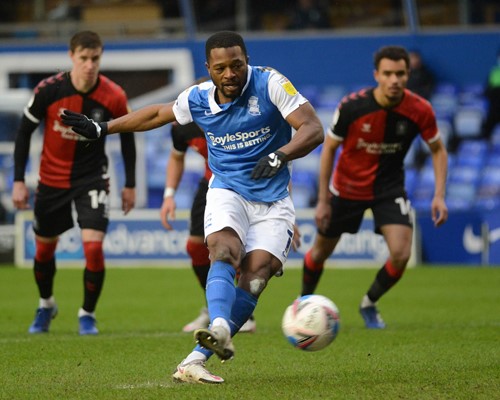 The draw moves Blues onto 27 points from their 26 matches played. They sit level with 19th-placed Queens Park Rangers who hold a marginally greater goal difference as it stands.

Blues travel to Buckinghamshire for their rearranged Sky Bet Championship meeting with Wycombe Wanderers on Tuesday, before ending the week with a visit to the South Coast where Aitor Karanka’s side will face AFC Bournemouth. 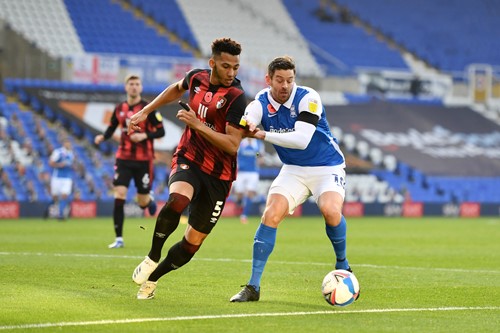