The win takes Blues onto 45 points.

A Lukas Jutkiewicz goal either side of the interval was the difference in a controlled display.

His first was a classic headed effort before his second showed attacking instinct to pounce on a rebound after Riley McGree let fly.

There were a duo of changes to the team that picked up a point away to Brentford on Tuesday. Jonathan Leko came in for the injured Scott Hogan, whilst Steve Seddon made it successive home starts as he replaced Riley McGree who was on the bench. 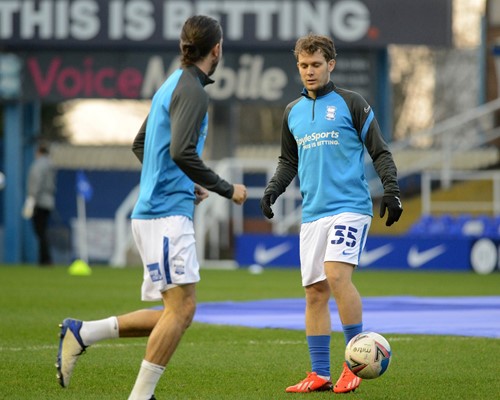 Kick-off was preceded by a two-minute silence as the Club and all members of the English Football League paid tribute to His Royal Highness The Prince Philip, Duke of Edinburgh. Both sets of players, coaching staff and match officials also wore black armbands as a mark of respect.

The game’s first chance went the way of Blues inside five minutes, but Jutkiewicz could only find direction and not power when heading Marc Roberts’ long-throw goalwards with it proving a comfortable grab for Adam Davies.

At the other end, Stoke had a number of small opportunities from corners, although the best of these was snatched at by John Obi Mikel and caused no threat to Neil Etheridge’s goal.

Blues responded by significantly threatening and even rattling the Potters’ goalframe in the 26th minute. However, even if Leko’s header bounced in rather than out off the crossbar he would have been denied by an offside call from Rob Smith.

And the assistant referees continued to be at the centre of the action when Michael George ruled out Nick Powell’s close-range effort soon after, with replays showing that the former Manchester United man had stolen an illegal march on Blues’ backline.

There was, however, nothing that could stop Blues – and specifically Jutkiewicz – from breaking the deadlock with 42 minutes on the clock.

Staying alive to the opportunity when Maxime Colin set the ball back to Roberts, Blues' number ten appeared to have jumped too early but managed to find the necessary hang time for the centre-back’s cross to reach him. From there it was trademark Jutkiewicz as he expertly guided his header into the corner for the opener. 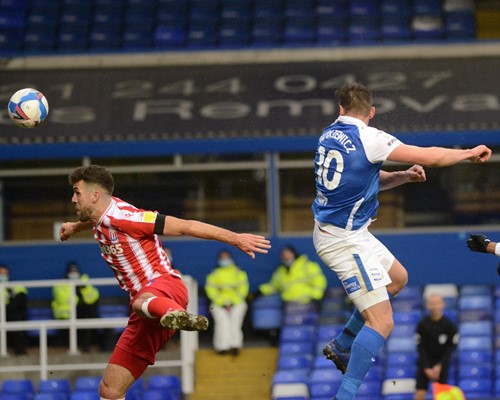 The second-half started as the first had ended and with it just eight minutes old Jutkiewicz doubled both his and Blues’ tally for the afternoon. Reacting quickest to a Riley McGree shot that Davies failed to hold, the striker confidently side-footed the loose ball home.

A headed chance for a hat-trick then skidded wide and Roberts also went close aerially just after the hour mark as Blues controlled events in B9.

And although such dominance did not bring a glut of chances or goals, Ivan Sunjic nearly added a third in the closing stages, but his half-volley slid wide of the near post.

It, therefore, became about preserving a third consecutive clean sheet, an achievement Blues competed with minimum fuss as they limited Stoke to half-chances and comfortably saw out the win.

This professional performance meant there was time for Amari Miller’s first team debut, with the youngster given the final moments after continuing to impress for the Under-18s.

With the first-half seemingly edging towards a goalless conclusion, Blues were brave and took a deserved lead through Jutkiewicz. His fine header gave the team momentum and clearly set them on course for success in the West Midlands. 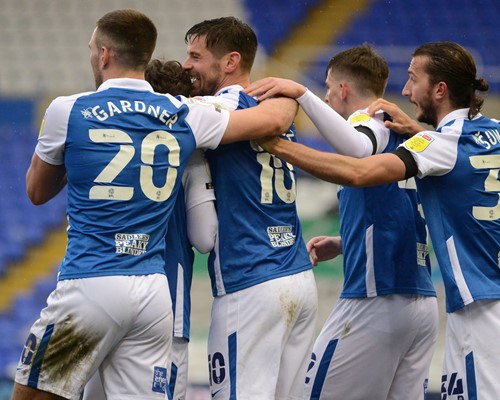 The win takes Blues onto 45 points from their 41 games and lifts them up to 18th in the standings.

Blues are on their travels next weekend as they visit Rotherham United. That game is available to watch live on Sky Sports Football with kick-off at midday before the team return to St. Andrew’s Trillion Trophy Stadium the following Wednesday to take on Nottingham Forest. 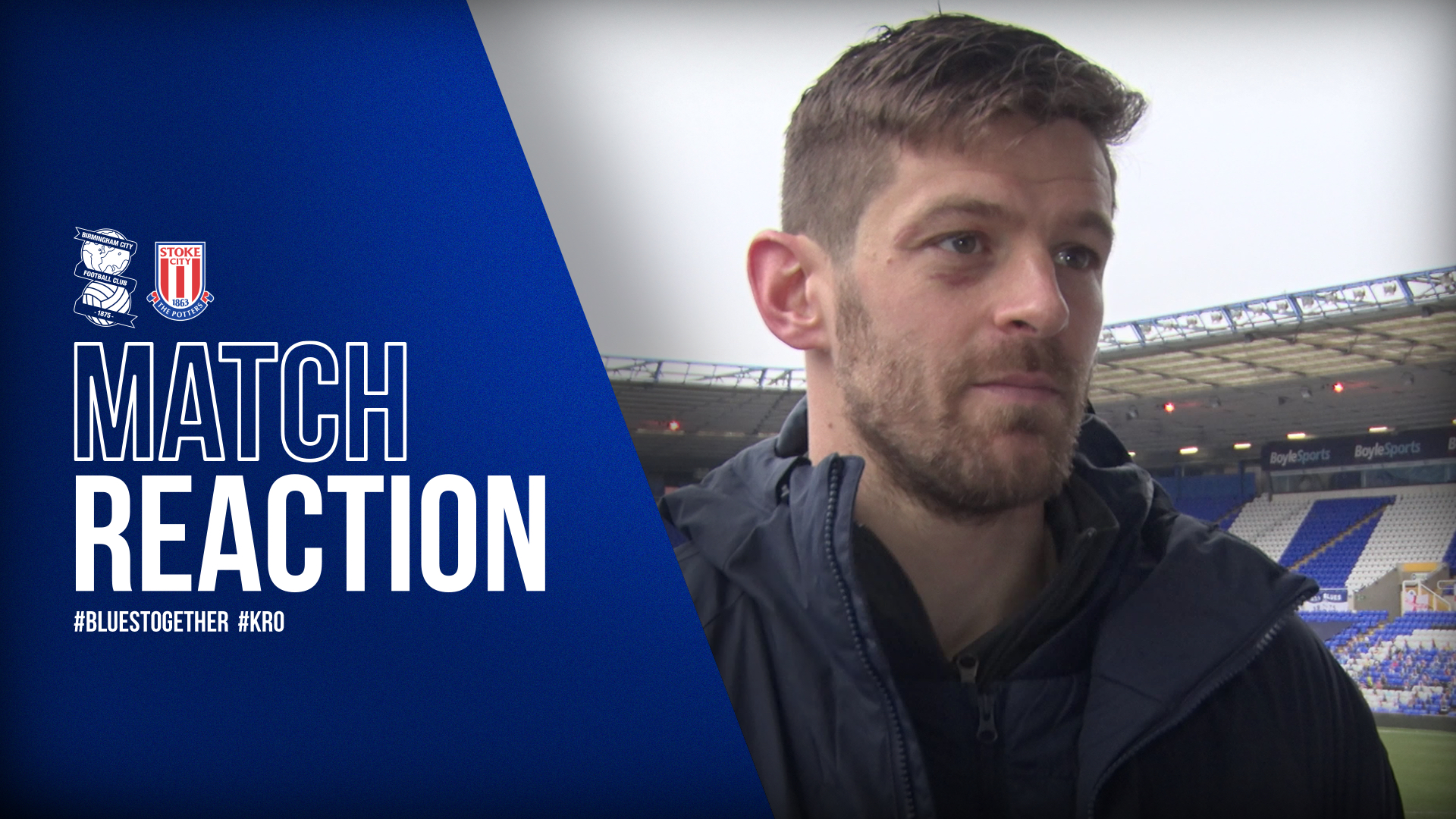