Blues drew away to Huddersfield Town in the Sky Bet Championship on Wednesday evening.

It was a well-earned point for Lee Bowyer’s team at the John Smith’s Stadium, bringing the end to a pointless October.

Fraizer Campbell hit the post twice for the hosts, whilst Riley McGree and Gary Gardner went closest for Birmingham City in either half against the sixth-placed Terriers.

The Head Coach made two changes to the side which started the Friday night football against West Bromwich Albion. McGree and Jordan Graham both came into the XI for their maiden league starts of the season, with Ivan Sanchez returning to the First Team fold as he was amongst the substitutes after recovering from injury. 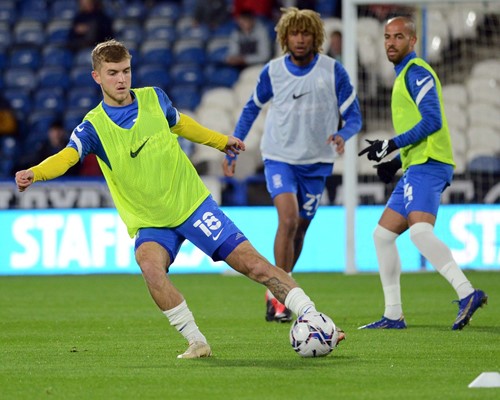 The offside flag would have come to Blues’ rescue, but Matija Sarkic was forced into a fine save inside 30 seconds as he pushed over Danny Ward’s near-post flick before the assistant referee’s flag was raised.

Bowyer’s men settled after this and produced a well-worked move that came close to delivering the opener after 19 minutes. Tahith Chong’s intelligent touch on over his head set Lukas Jutkiewicz off down the channel and the frontman found McGree with a low ball across the box, only for the Australian’s shot to be stifled by recovering Town defenders.

Huddersfield did their best to respond by fashioning a half-chance of their own, but a sliding Ward rather than the ball ended up in the net as he failed to reach Duane Holmes’ zipped centre.

Carlos Corberan’s side then tested Sarkic from distance in their first effort on target. Lewis O’Brien was fed by Jonathan Hogg, with the midfielder’s left-footed curler superbly palmed behind.

As the game bounded from one end to the other, Blues recorded another go at goal after half an hour. Kristian Pedersen’s delicate ball inside saw McGree spring into life with a progressive first touch, being denied from the angle by Lee Nicholls’ near-post stop. 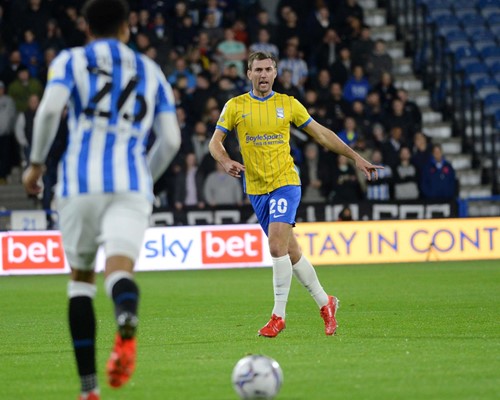 The Terriers had the opening attempt of the half in the 57th minute as O’Brien looked to go one better than his first-half strike. Although, Blues' goal was not in danger as his hooked half-volley went wide of the post.

There was little to note from then on for either team until Blues made the game’s first substitution, bringing on Troy Deeney for Jutkiewicz.

Although the next attack to threaten either goal came through the recently introduced Fraizer Campbell. His close-range try cannoned back off the woodwork ahead of George Friend nudging it to safety.

By this stage, the second 45 had well and truly opened up as midfield units were being bypassed in a stretched encounter. And from this passage of play, Blues had a great opportunity. Graham’s superb delivery was met firmly in the air by Gardner, with the header flying agonisingly the wrong side of the post.

There would be one further action point in West Yorkshire as Campbell tried his luck from distance. However, the striker’s fierce shot from outside of the area crashed out off the goalframe to ensure a sixth clean sheet of the season. 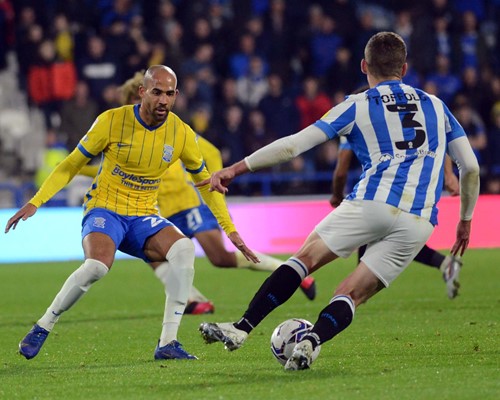 After a slow start to the second period, Blues began to go through the gears and Graham’s inch-perfect cross found Gardner. The midfielder timed his leap well but watched his header drop off target.

Blues sit in 19th position, with 13 points from as many Championship outings.

Blues return to St. Andrew’s for the first time since the international break on Saturday afternoon. There they host Swansea City before being back on the road with a trip to Middlesbrough in the final game of October.