Defeat in the capital.

Blues were beaten by Millwall in the Sky Bet Championship on Wednesday night.

Goals in either half from Jed Wallace and Ben Thompson were the difference at The Den.

Aitor Karanka made five changes to the side that faced Luton Town last Saturday. There were recalls for Maxime Colin and Jake Clarke-Salter in defence, with Ivan Sunjic and Rekeem Harper – making his first start – brought into the midfield. Lukas Jutkiewicz was the final switch as he partnered Scott Hogan in attack. 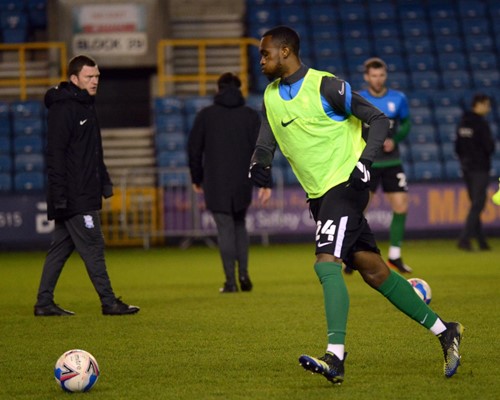 Blues suffered the worst possible start when they conceded in the third minute. Millwall’s top scorer Wallace pounced upon a loose back pass before prodding the ball past Neil Etheridge inside the penalty area.

The visitors looked to respond and came close when skipper Harlee Dean saw a shot deflected wide after he collected a loose ball from a corner with 13 minutes played.

Scott Hogan also tried his luck in the 27th minute, but his sharp turn and half-volley did not test Bartosz Bialkowski in The Lions’ goal.

A further half-chance fell the way of Dean before the break. Again picking up the pieces from a set-piece, the defender could only steer a dropping ball over the bar amongst a crowd of bodies. 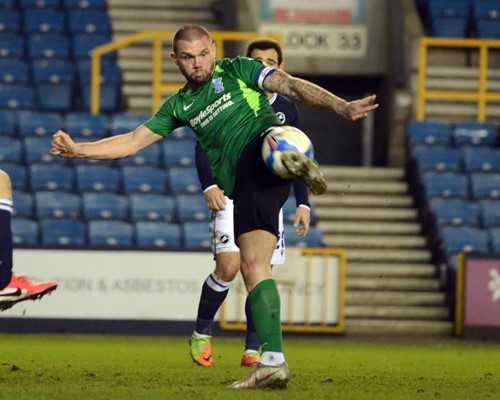 Karanka’s men looked to start the second period on the front foot, although the first chance of note fell to the hosts when Scott Malone’s shot was palmed into the path of Matt Smith. However, the Millwall striker was unable to convert from close range as Dean flung his body into the line of fire to block heroically.

At the other end, both Jutkiewicz and Sunjic went close for Blues as the away side looked to ramp up the pressure on their opponents. And Blues’ number ten tested Bialkowski in the 73rd minute, but his strike from the edge of the area was well held.

Unfortunately, this was quickly counterpunched by Millwall as the home side scored a second with 15 minutes left. Shaun Hutchinson’s low centre was put home at the far post by midfielder Ben Thompson

Blues continued to search for a way back into the game and did have the ball in the back of the net during added time through Jonathan Leko. But the goal was ruled out for offside and with that decision went the last hopes of a comeback in the capital.

Thompson’s goal with a quarter of an hour remaining proved decisive and ultimately left Blues with too much to do and too little time.

The result leaves Blues with 28 points from 30 matches played.

Blues’ travels continue as they visit Hillsborough to take on Sheffield Wednesday this Saturday. The following week brings a further two league matches, this time both in B9, with Norwich and Queens Park Rangers heading to the West Midlands before the month is out.