Blues Under-23s fell to defeat away at Stoke City on Monday night in the Premier League 2.

The fixture was Blues' first at such a level since the Club was granted Category 1 status back in May, which came just 24 hours after Steve Spooner's side had been crowned Professional Development League national champions.

But their maiden outing proved a testing one as they felt the force of a Stoke side that finished second in the division last term, with Keyendrah Simmonds' 84th-minute goal coming too late to mount a comeback after the away side conceded twice in the first-half.

The Potters took the lead after 16 minutes, converting a spell of increasing pressure into the opening goal. Stoke skipper Adam Porter finished cooly beyond Archie Matthews after pouncing on a half-hearted clearance.

And the frontman doubled both his and the hosts' advantage through another fine effort after 34 minutes. Moving forward, he shifted the ball onto his favoured left foot before firing in off the post.

After failing to lay a glove on the home side before the break, Spooner introduced Yohan Zohore shortly after the interval and he contributed to a greater pressing effort that served to both boost Blues' attacking product whilst hampering Stoke's offensive output.

Boyd-Munce also came off the bench and his arrival coincided with Blues getting a real grip on proceedings in Staffordshire that saw them half the arrears through Simmonds.

The former Manchester City youngster benefitted from a fizzed Zohore centre, prodding the ball home at the second attempt to set up a grandstand finish. However, try as they might, Blues could not fashion a final chance and left the bet365 Stadium empty-handed. 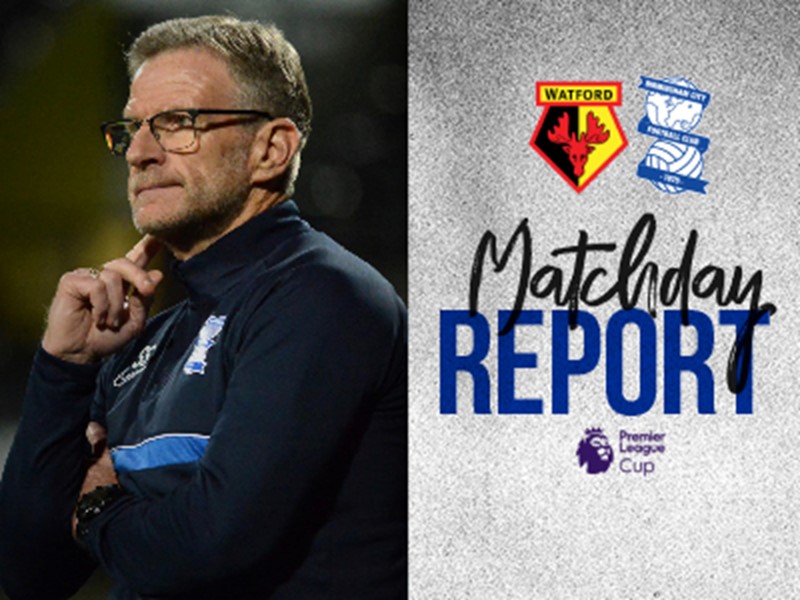