A point was Blues' second in a row after they were held by Coventry City last weekend.

Blues left Adams Park with a point after playing out a goalless draw with Wycombe Wanderers on Tuesday night.

Having the better openings, particularly after the break, Aitor Karanka’s team were denied by a series of goalkeeping heroics from the Chairboys’ Ryan Allsop.

The away team then stood firm when they had to play the closing stages with ten men after Marc Roberts was sent off for a professional foul.

A point was Blues' second in a row after they were held by Coventry City last weekend.

There were a trio changes to the side that drew with Coventry on Saturday as Karanka promoted three of the players brought on from the bench against the Sky Blues to the starting XI. This meant Marc Roberts, Gary Gardner and Lukas Jutkiewicz were in from the start. New signing Sam Cosgrove, who joined from Aberdeen on Sunday, was on the bench. 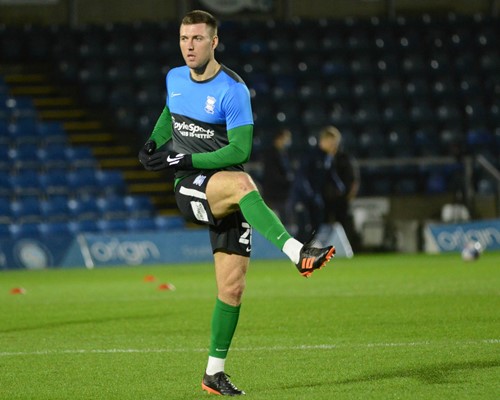 Attacking the Whites Beaconsfield Terrace in the first-half, Blues set about the hosts and Lukas Jutkiewicz’s ambitious early volley made clear the visitor’s intentions to attack from the off.

And the frontman tried his luck again in the 20th minute, this time testing the handling of Allsop as he swivelled and shot from the edge of the area.

It was almost third time lucky for Blues’ number 10 as the Wycombe stopper failed to hold Jutkiewicz’s next effort, but the Chairboys defence were able to mop up the danger. 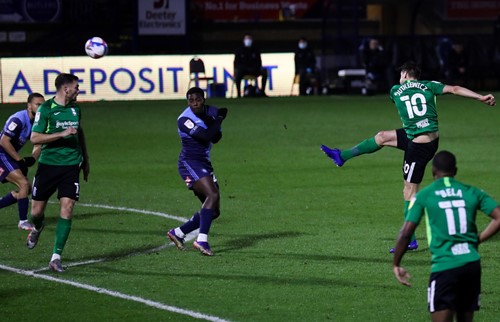 At the other end, Neil Etheridge, who had largely been a spectator, showed he was still alive to any danger as he tipped over Admiral Muskwe’s header and then punched clear the resulting corner.

Blues number one excelled again 10 minutes from the half when he pulled of a superb save to deny Uche Ikpeazu. Moving to his left in anticipation of the balls expected flight path, the keeper reacted like lightning to contort his body and put a big hand between the ball and a certain goal.

Still pushing the Wycombe defence towards the end of the opening period, Gardner’s skidded effort had Allsop scrambling as it went narrowly wide.

The front-foot approach of the first-half was continued immediately from the restart with a Jeremie Bela attempt being deflected behind before Mikel San José flicked a header over from the subsequent corner.

And the summer arrival thought he had broken the deadlock from Blues’ next set piece until Allsop scurried across goal to claw the midfielder’s header round his post.

Wycombe’s man between the sticks was in inspired form yet again as he denied Maxime Colin in the 78th minute. Making a clean headed connection with Bela’s centre, the Frenchman was denied by Allsop who remarkably scooped the downward header away.

Blues’ task was made trickier when Roberts was shown a straight red card in the game’s last knockings, but the character and application of Karanka’s men ensured they kept right on to earn a point on the road. 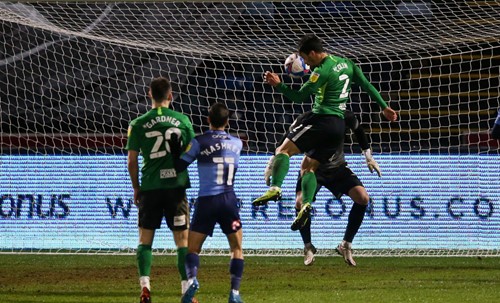 For all of Blues’ great efforts offensively, it would have meant nothing without Etheridge’s first-half save. Be sure to watch the highlights on Blues TV because this stop defied physics!

A second draw in the space of four days means Blues have collected 28 points from their 27 league outings this season.

Blues travel to the South Coast on Saturday afternoon as they take on AFC Bournemouth at the Vitality Stadium before returning to St. Andrew’s Trillion Trophy Stadium the following weekend to take on Luton Town.