Blues are thrilled to announce the signing of Troy Deeney.

The 33-year-old has put pen to paper on a two-year deal with the Club (subject to league clearance at this time), putting a swift end to speculation surrounding his future after it was announced he had left Watford earlier today.

In 11 years with the Hornets, Deeney scored 140 times across 419 appearances as he twice captained them to promotion from the Sky Bet Championship.

But whilst Hertfordshire was far more than a temporary abode for Deeney, a return to the Second City is a homecoming for the lifelong Bluenose.

Speaking to BCFC.com, he spoke of his delight at signing for his boyhood Club:

“Everyone knows that this is my team, I’ve made that clear in the past but if I was going to join Blues it had to be right for all parties. I believe in the existing project here and, having spoken to the Gaffer and Craig [Gardner], can clearly visualise my role in the squad.

“There is an added pressure playing for the Club you support, carrying that greater weight of expectation. But pressure is what I thrive on, it’s what I have dealt with throughout my career, proving people wrong and silencing the naysayers but I am very aware this is my biggest task to date. 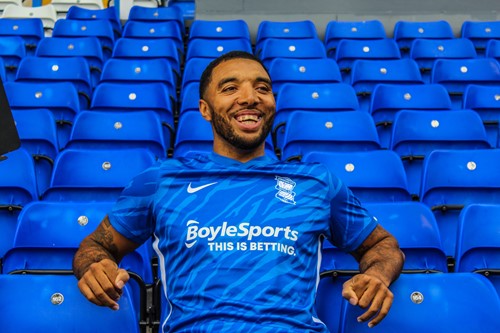 Having grown up in Chelmsley Wood, Deeney’s attachment to the Second City and Blues is an emotional one. However, the Club’s decision to sign the forward has been made with head over heart.

Deeney is the archetypal Blues player, identified by Technical Director, Craig Gardner, and First Team staff as a perfect fit to the puzzle that is finding success.

A winner to his core who takes on everything with a drive, hunger and industry, where hard work and quality ultimately comes out on top. The constant goal threat adds to the wealth of attacking options already at Blues’ disposal, bringing a nous and experience that will be the envy of opposition teams.

Delighted to have him on his side, Head Coach, Lee Bowyer, told the Club’s official website:

“I am delighted to bring in someone with his experience. He is a winner and wants to help get the Club back in the right direction. He is also a very good player, scores goals, brings physicality and brings a togetherness.

“He knows what it takes and that is massive. He is a leader both on and off the pitch, to guide some of the others – especially younger ones looking up at him.

“I have to say that Craig Gardner deserves a big well done for getting Troy through the door. The player deserves a lot of credit because he has taken a big wage cut to come here and people won’t realise. He wants to play for this Club and improve it.

“Craig and the Chairman with his backing have done exceptionally well to bring in someone of his stature. As the Head Coach, I am grateful to all of them.” 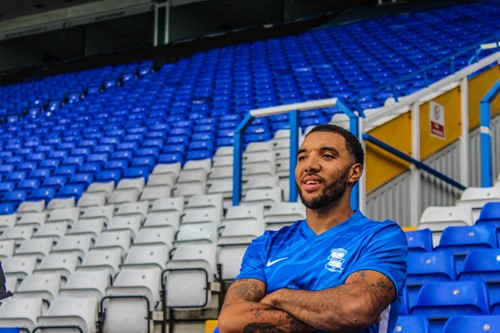 Deeney’s playing career started at Chelmsley Town, winning their player of the season gong for the 2005/06 campaign before being plucked from non-league by Walsall who initially sent him on loan to Halesowen Town.

With the Saddlers, he found the net 27 times in a shade over a century of appearances, winning further individual honours during the 2009/10 season as he was their leading goalscorer.

The attacker joined Watford on the eve of the following term and was often deployed in a wide-midfield role, adapting to life at Vicarage Road and the demands of Championship football. By 2012/2013, Deeney had hit his stride for the Golden Boys, firing them into the play-off final courtesy of a goal for the ages against Leicester City. That was his 20th of the campaign, a tally he would repeat three years on the spin.

Taking on the armband at Watford, Deeney skippered them to Premier League promotion and earned both Player and Players' Player of the Season awards in 2015. During his first top-flight campaign, he struck 15 times in all competitions and spearheaded the Hornets in his first of two FA Cup semi-finals. 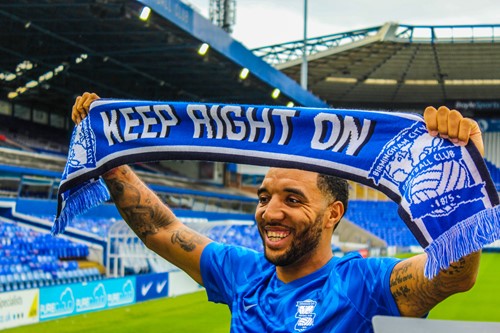 He would net his 100th goal in yellow during the 2016/17 season, adding further critical counters the following term to help secure Watford’s top-tier status. A second FA Cup final was reached in their history 12 months later, a run that included Deeney’s nerveless semi-final penalty against Wolverhampton Wanderers.

And although Watford suffered relegation during the 2019-20 COVID-19 hit season, he helped the Vicarage Road club to an immediate return. Despite making just 14 starts, the frontman made ten goal contributions for Xisco Munoz’ side.

With the curtain pulled down on over a decade at Watford, Deeney travelled to the West Midlands to sign for Blues on Monday 30 August. He will wear the number 36.