Blues were beaten by Wigan Athletic in the Professional Development League on Monday afternoon.

Steve Spooner's side went in level, but goals from Josh Stones and Baba Adeeko had the visitors looking comfortable in the second-half.

In what was an even start to proceedings, Alfie Brooks saved well from Stones after he had turned in the box, whilst Remi Walker had to be alert to flick a goalbound header off the line following a corner.

Wigan were growing in confidence and once again, Brooks had to be quick off his line to smother another Stones effort just shy of the half-hour mark.

Shortly after, Spooner’s side were forced into an early change when Callum Sullivan was replaced due to injury by Byron Pendleton.

Blues began to settle after soaking up the visitor’s pressure and would threaten for the first time down the left, Triallist’s cross flashing across Owen Mooney’s goal after good hold-up play from striker Kieran Wakefield.

The visitors had the final opportunity of the first-half when Ethan Mitchell peeled away at the back-post following a corner, but his header went the wrong side of the goal and into the side-netting. 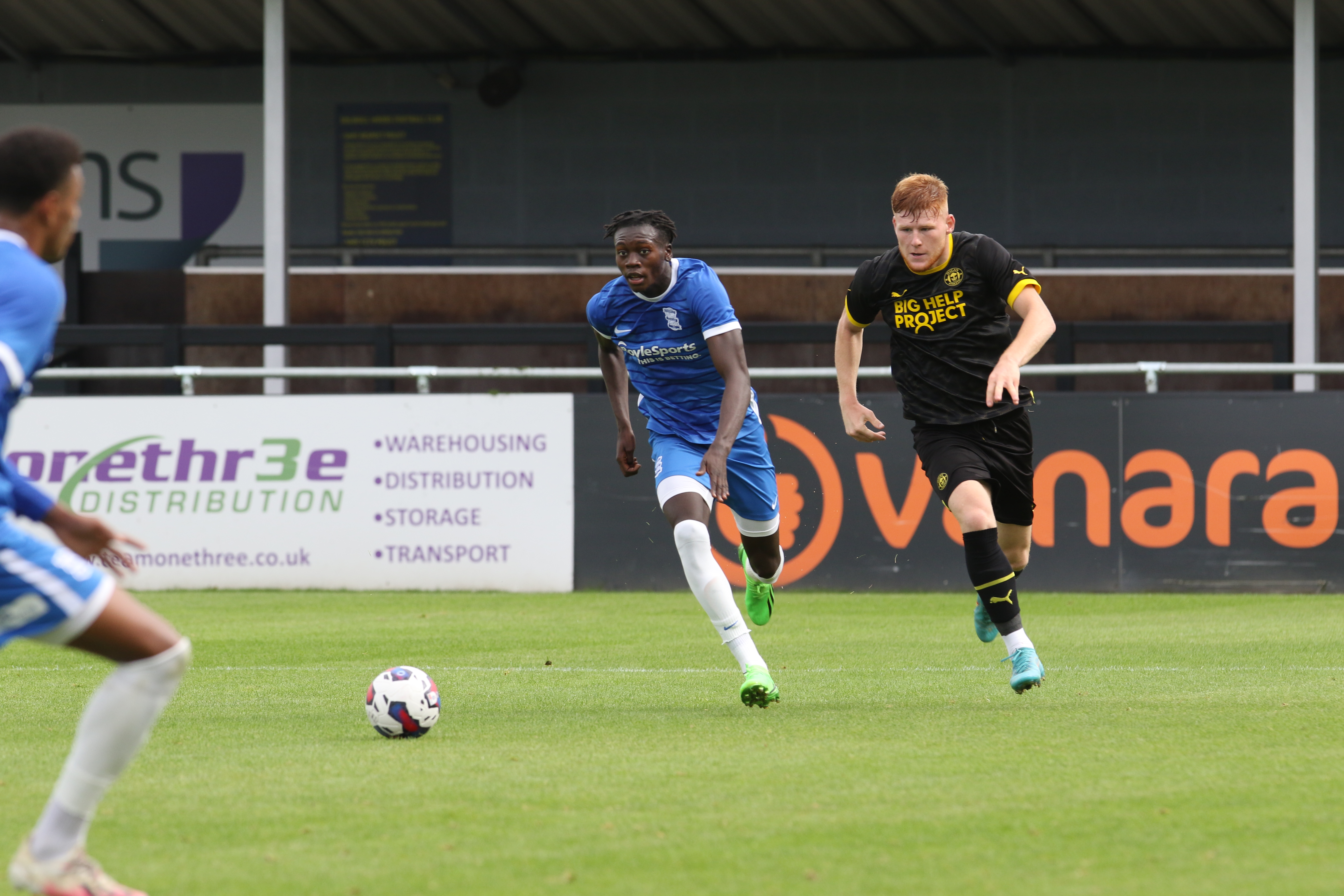 There was a second switch for Blues at the break, Emmanuel Longelo was replaced by Menzi Mazwi as he continues to build up his fitness after starting in the 5-0 win against Colchester United last week.

It was the away side, however, who took the lead five minutes after the restart. Following good play down the right by Joe Adams, Luke Brennan was able to head his centre back across goal where Stones was there to slot home from four yards.

And the visitors did not have to wait long to add another. This time, Brennan made headway down the left before slotting inside to captain Kieran Lloyd on the overlap, who squared it to Adeeko, who side-footed past Brooks with 56 minutes on the clock.

The game settled with few opportunities before Blues halved the deficit with 16 minutes to play. A free-flowing move saw the ball go from Pendleton on the right to fellow substitute and wing-back Mazwi on the left; it was a low cross that fell to Paterson, who finished well from close-range.

But just as Blues began to get a foothold in the game, the Latics found a third and fourth counter in the space of two minutes. Stones scored his second of the game before Mazwi put through his own net with two Wigan players approaching at the back post.

Substitutes not used: Will O’Sullivan.