The fixture, live on Sky Sports, is Blues’ final home game of the season and comes off the back of an unbeaten April.

A goalless draw with Everton at the start of the month and then a vital three points on the road against Brighton & Hove Albion last weekend rounded off a successful month for Darren Carter and his side.

Emma Hayes’ side also come into the clash following an unbeaten month that saw them pick up important wins against Reading and twice against Spurs, as well as semi-final victory against Arsenal in the Vitality Women’s FA Cup.

It also extended Chelsea’s winning run to nine matches and subsequently saw them extend their lead at the top of the Barclays FA Women’s Super League to four points.

Chelsea will be looking to move a step closer to their third consecutive BFAWSL title on Sunday, and will look to round off their away campaign with another vital victory.

Unbeaten away from Kingsmeadow since December’s defeat against Reading, Hayes’s side have the joint best away record in the league, conceding just seven goals in ten matches.

The form of Australian striker Sam Kerr, who has six goals in her last matches, has been key to the success of Chelsea this season.

In total, the striker has 18 counters to her name as well as providing four assists to her teammates. The recent form of Beth England will also please Chelsea fans, the striker has seven in her last five league matches.

Sam Kerr is aiming to make it back-to-back golden boots.

It was a super Saturday for Blues last time out against the Seagulls. Veatriki Sarri got the ball rolling, driving forward from inside her own half and coolly slotting the ball beyond the reach of Megan Walsh. Emily Ramsey was in inspired form to deny a host of Brighton chances in the first-half. As the game entered the final 15 minutes, Sarri this time turned provided, hanging up a cross to the back post where captain Louise Quinn was waiting to head in. Julia Zigiotti’s late strike had threatened a fightback from the hosts, but from a corner, Quinn was again on hand to extend Blues’ lead give them a vital three points.

Chelsea picked up a narrow win against Spurs on Thursday night. Beth England had put Emma Hayes’ side ahead at Kingsmeadow before former Blue Kerys Harrop equalised on the stroke of half-time with a flicked header into the far corner. But the leveller was short lived, with Sam Kerr on hand to head in a Pernille Harder cross just over a minute later. 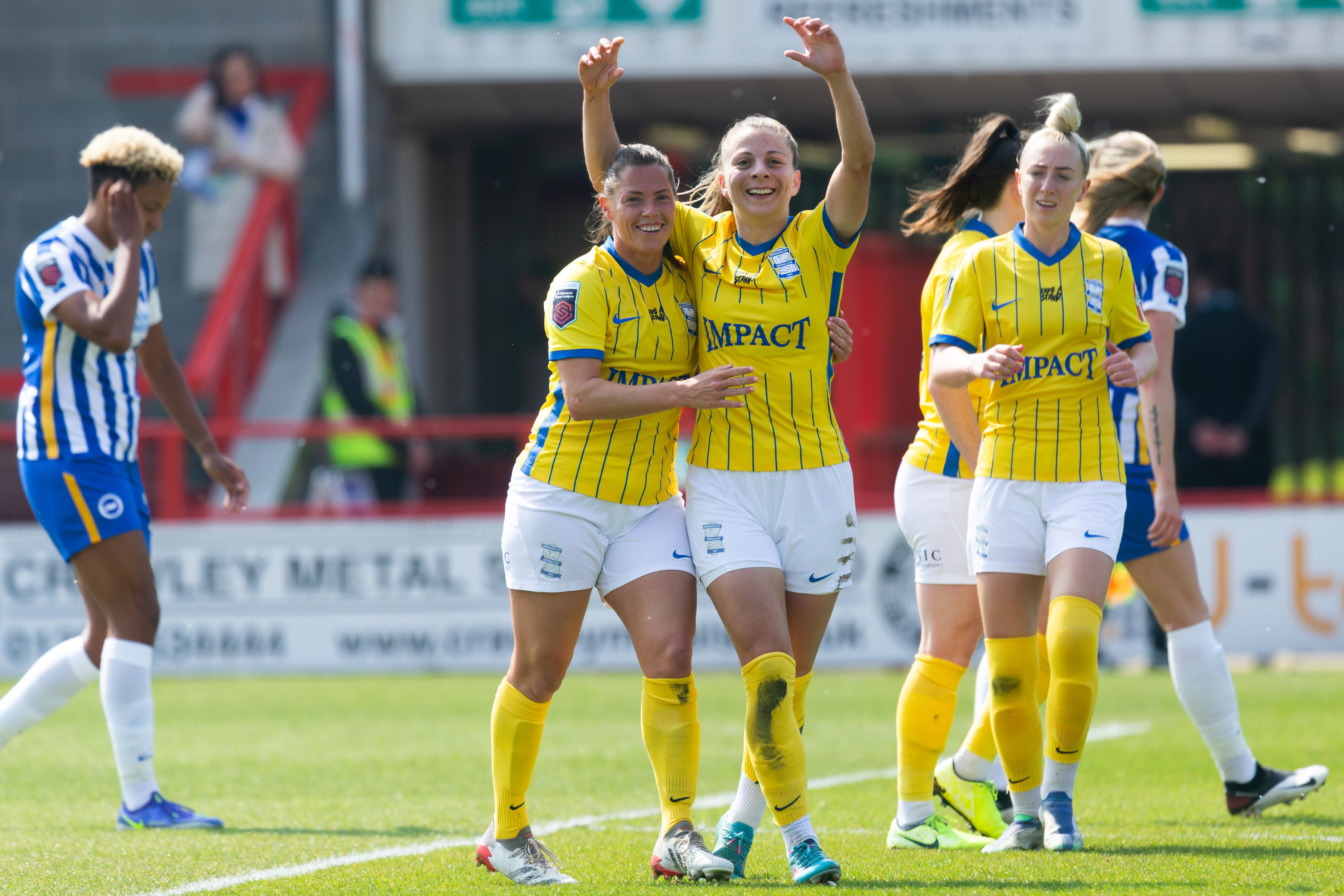 Veatriki Sarri bagged her third goal of the season against the Seagulls.

The last meeting between the two sides was at the end of March in the Vitality Women’s FA Cup. A solid defensive performance in the first-half from Blues was undone on the stroke of the whistle, captain Magdalena Eriksson headed in from inside the six yard box. A clinical ten-minute spell from Chelsea saw them extend their lead further with goals from Drew Spence, Beth England and Niamh Charles. England added a late fifth to secure progress to the final four.

This will be the fourth meeting between the two sides this season.

The fixture will be live on Sky Sports.

Lucy Whipp and Cecilie Sandvej are back in training following extended spells on the sideline. Arabella Suttie remains a long-term absentee, but has started her rehabilitation and is now back out on the pitches. Lily Simkin is absent through injury. 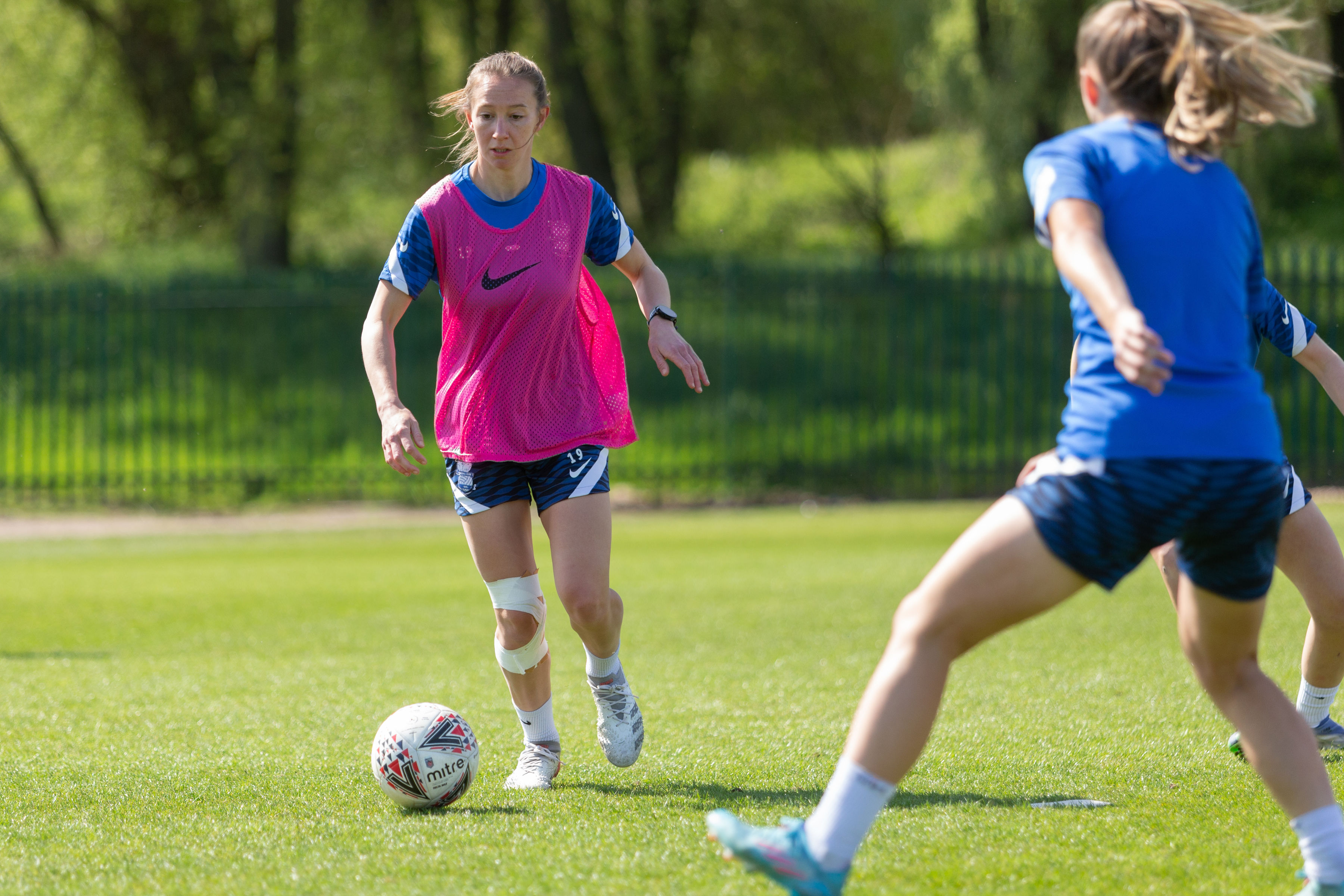 Lucy Whipp has been absent since February's defeat against Spurs.