The fixture is Blues’ penultimate game of the season and sees them come up against the UEFA Women’s Champions League chasers.

Gareth Taylor’s side come into the game in a winning streak that extends back to the middle of February, a total of 11 matches in all competitions.

A victory for the hosts this evening would see them leapfrog their Manchester rivals into third ahead of a final day trip to Reading. 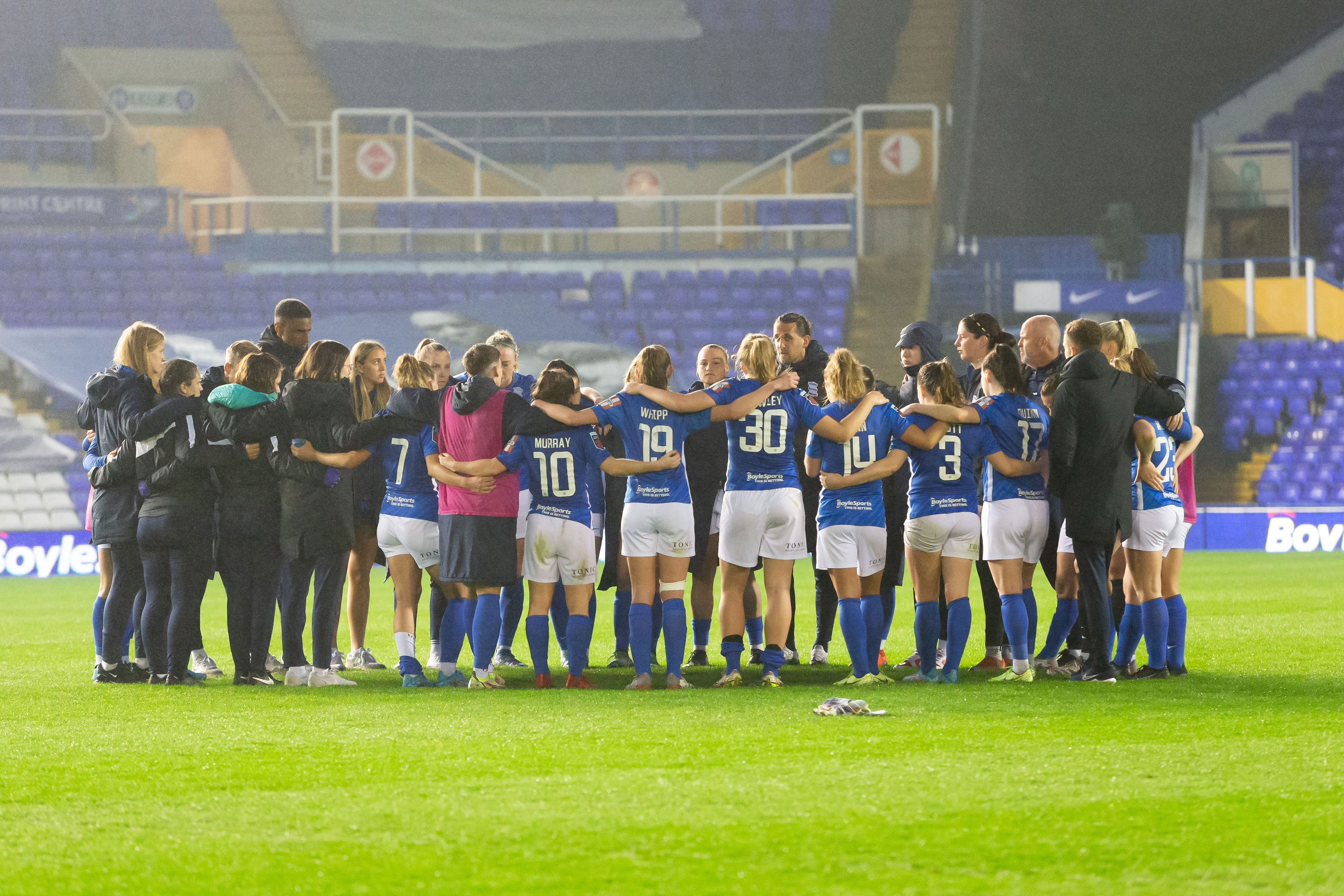 Blues will use that fighting spirit as they look to pick up a vital three points.

Man City come into the game in red hot form and chasing an all-important UWCL spot for next season. And, despite looking out of the equation earlier in the season, an upturn in form in 2022 sees them most likely to claim the final spot.

They have been helped by the form of Lauren Hemp whose eight goals and five assits in the league have proved crucial to their climb up the Barclays FA Women’s Super League table.

Partner that with a full-strength squad, including the return of Chloe Kelly, and City’s form will not be a surprise to anyone. 19 goals in their last five league games saw them pick up crucial wins against Reading, Everton, West Ham United, Leicester City and Brighton. 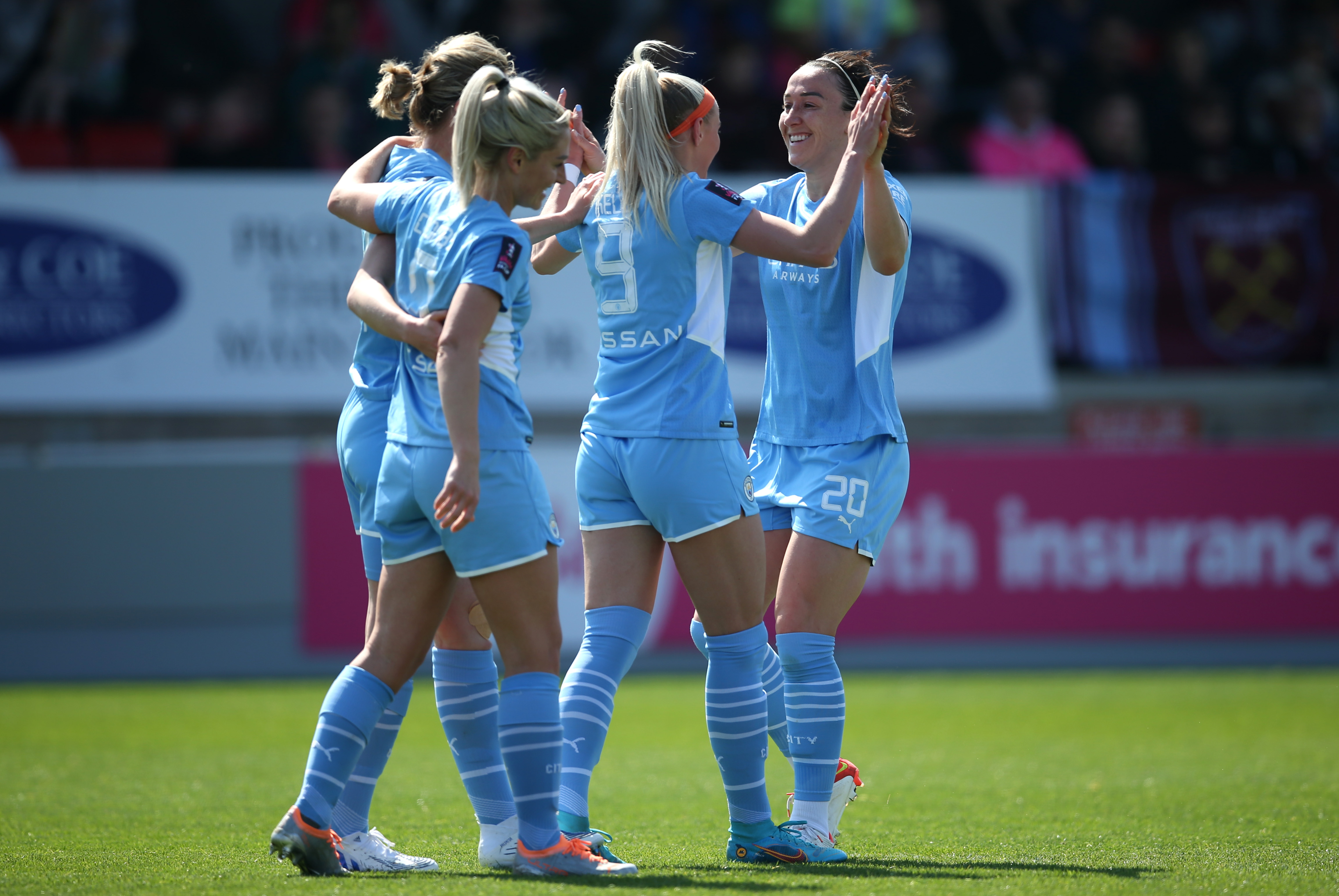 Man City also reached the Vitality Women's FA Cup final to be played in May.

Man City were in unstoppable form in their latest outing, as they put seven past Brighton & Hove Albion. Three goals in the opening 16 minutes, a brace from Bunny Shaw and finish from Caroline Weir, looked to have put the game to bed, but the Seagulls fought back. First a penalty from Inessa Kaagman reduced the deficit, before a fine strike from Julia Zigiotti saw them go in just a goal behind. But after the break, Shaw’s third and fourth goals of the afternoon pushed City further ahead. Then two goals in a minute from Alex Greenwood and Lauren Hemp saw the hosts keep the pressure on Manchester United, who occupy third place.

Blues were narrowly beaten in their last outing against league leaders Chelsea. After holding their own for more than 70 minutes, Lisa Robertson was adjudged to have handled inside the area, and Pernille Harder stepped up to roll the ball into the bottom corner. Emily Whelan had threatened a late equaliser, but Ann-Katrin Berger managed to tip it over. 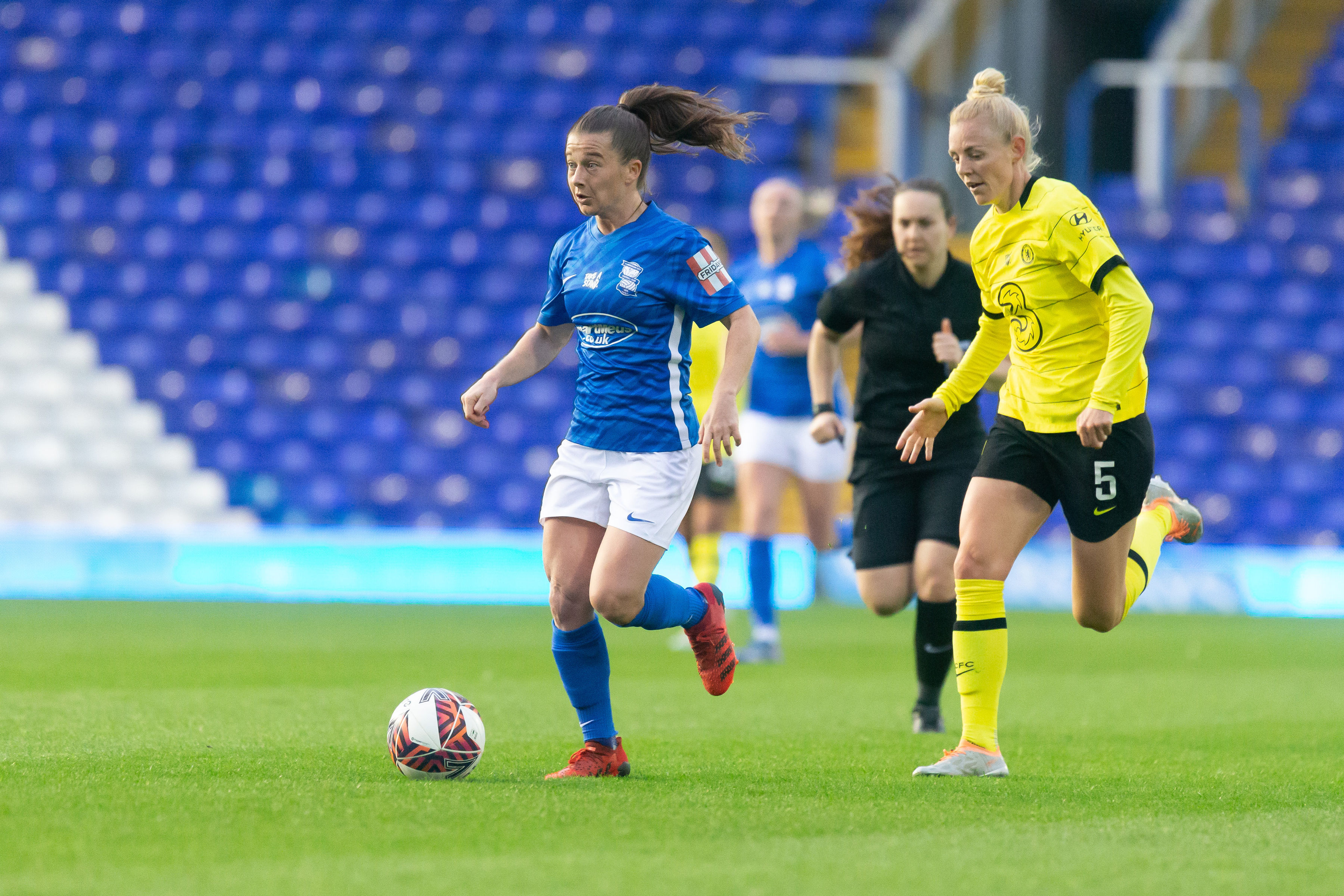 Blues tried to find a leveller but were kept at bay by Chelsea.

In Darren Carter’s first match in charge, Blues welcomed an injury stricken City side to St. Andrew’s. Christie Murray gave the side the lead from the penalty spot shortly before the half-hour mark, before a fantastic strike from Georgia Stanway pulled the visitors level. Five minutes later, Louise Quinn pounced on Rebecca Holloway’s flick and to put the hosts ahead again. But, on the stroke of half-time, Lauren Hemp scored to level it again. And despite holding their own for the majority of the second-half, Blues were defeated by a last minute Ellen White goal. 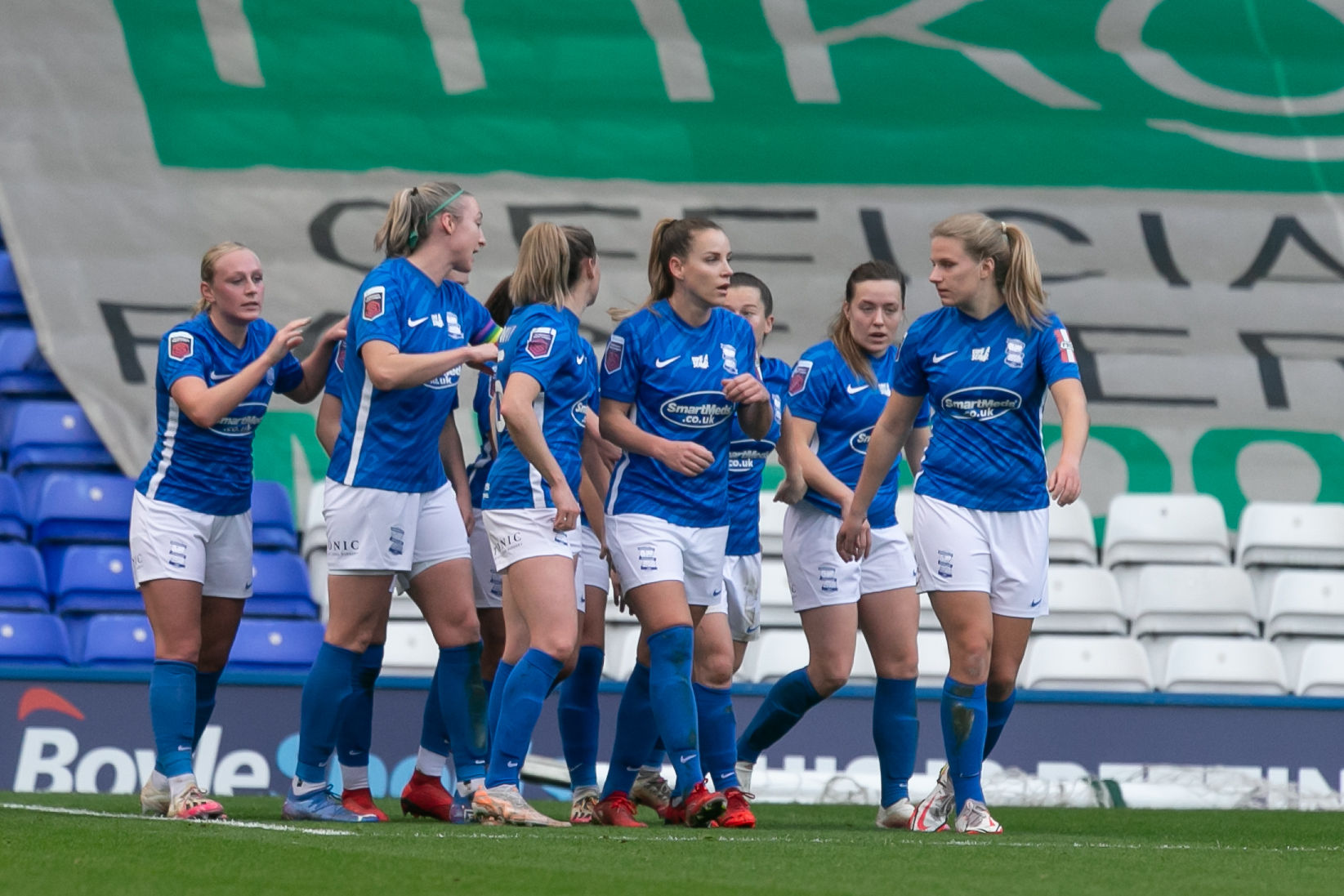 The fixture will be live on the FA Player.

Lucy Whipp and Cecilie Sandvej are back in training following extended spells on the sideline. Arabella Suttie remains a long-term absentee, but has started her rehabilitation and is now back out on the pitches. Lily Simkin is absent through injury.