Darren Carter was delighted with his team’s performance following a win against Arsenal on Sunday afternoon.

Blues Women put in an impressive performance against a Gunners side who came into the fixture unbeaten in the league and top of the table.

It was Libby Smith’s goal that set the tone for proceedings and Veatriki Sarri added the second to guide the side to their first win of the season.

And having picked up his first victory since being appointed as Interim Head Coach in November, Carter praised his side’s performance. 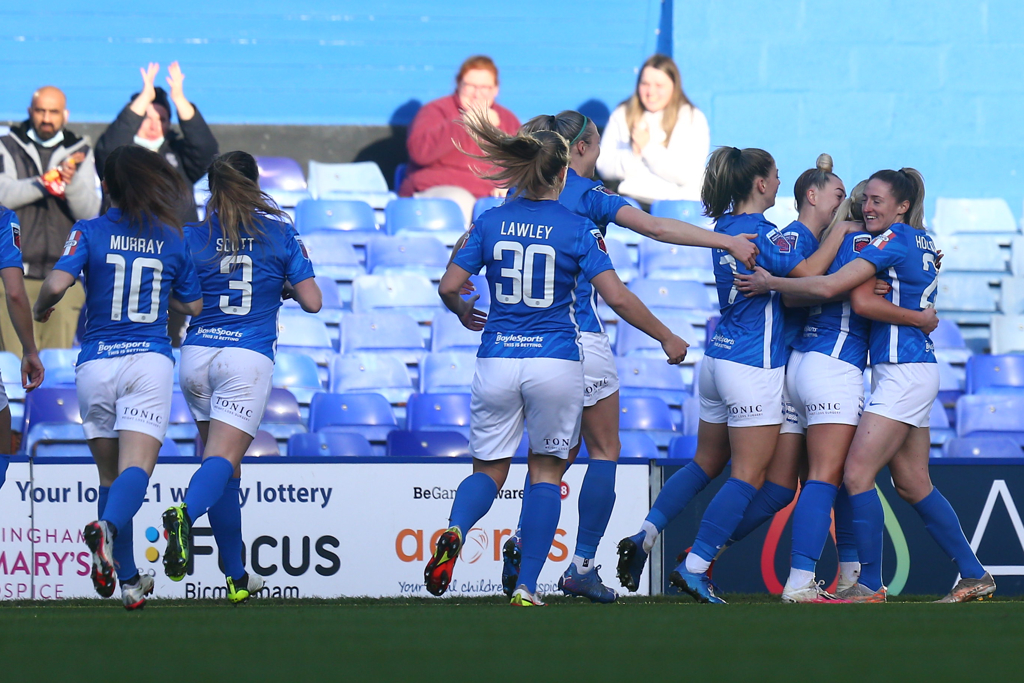 Speaking to the media post-match, he told reporters: “They deserve this, they’ve put in so much hard work and had so much adversity thrown at them. It’s been a long wait for a win for them.

“That performance epitomises what they are all about as a group and they have been so receptive to me and Marcus since we came into the building, and they have given us everything.

“I thought they executed the game plan fantastically well. They deserve huge praise because they have put in a top performance against a top team. That has to be the driving force for us, we’ve set the standards now, so we have to try and match that every week.”

The Gaffer was particularly impressed with Blues’ execution of the game plan, picking up on Arsenal’s weaknesses and capitalising on them.

He explained: “We knew coming into the game that we needed to be very good out of possession and trust our shape and structure. We knew the times that we could potentially go and press them. 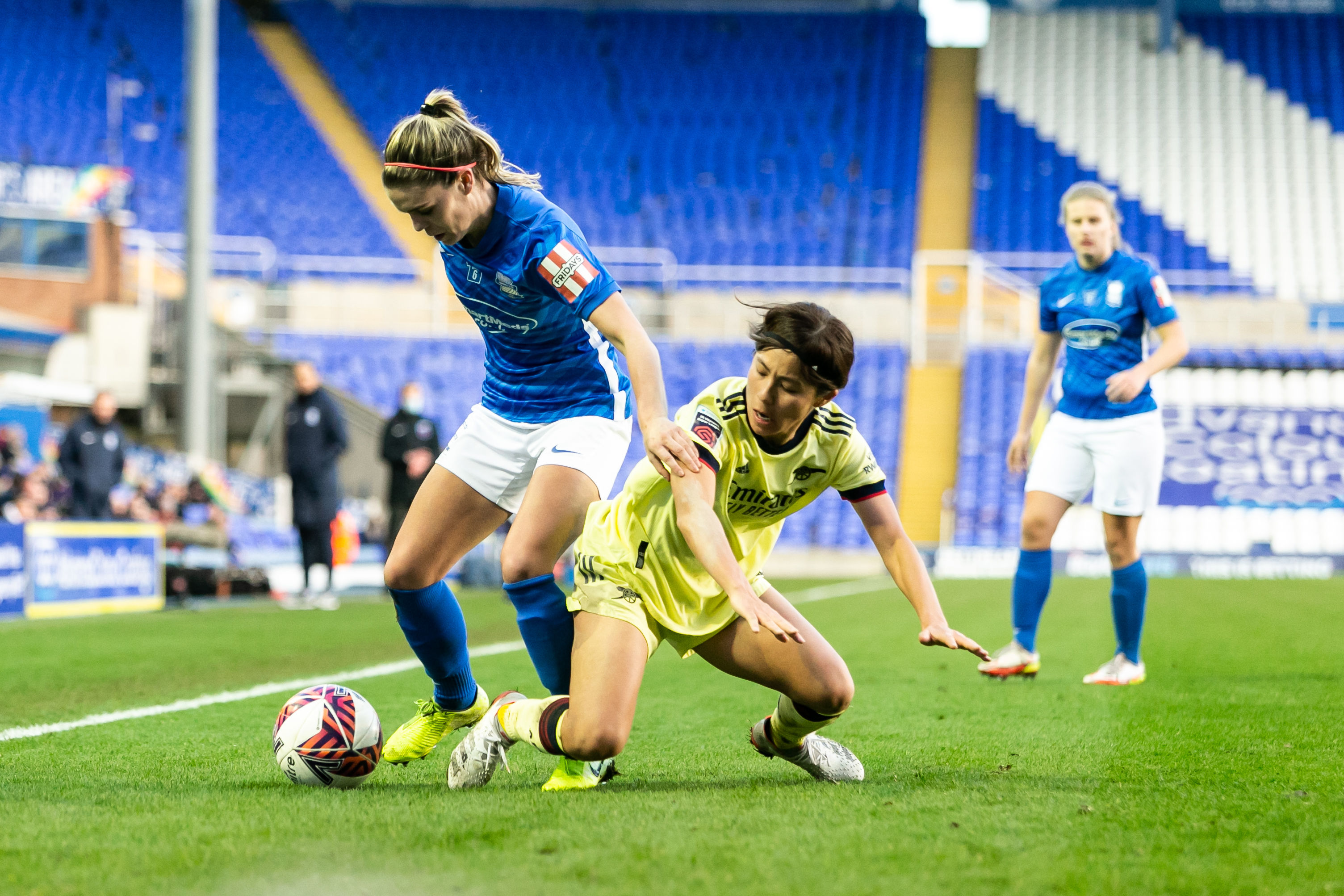 “We knew they would get into good areas at times, and we’d have to defend in numbers and put bodies on the line. I thought we did a really good job of stopping them from coming through the middle of the pitch today, we forced them wide.

“To keep them out for 90 plus minutes is a task on its own. To then create chances of our own, it shows the ability of this squad and if they give that every single week then I’m very confident that we can start pushing up the table.”

Smith, who joined the Club in the summer from Leicester City, scored her first goal for Club and Carter was particularly pleased to see her hard work pay off.

He said: “That’s one player who, since I’ve come into the building, I’ve been desperate for her to score. What Libby [Smith] gives us, her work rate, she is so selfless. I thought it was a fantastic finish. She showed so much composure for the finish. I’m delighted for her, she deserves it.” 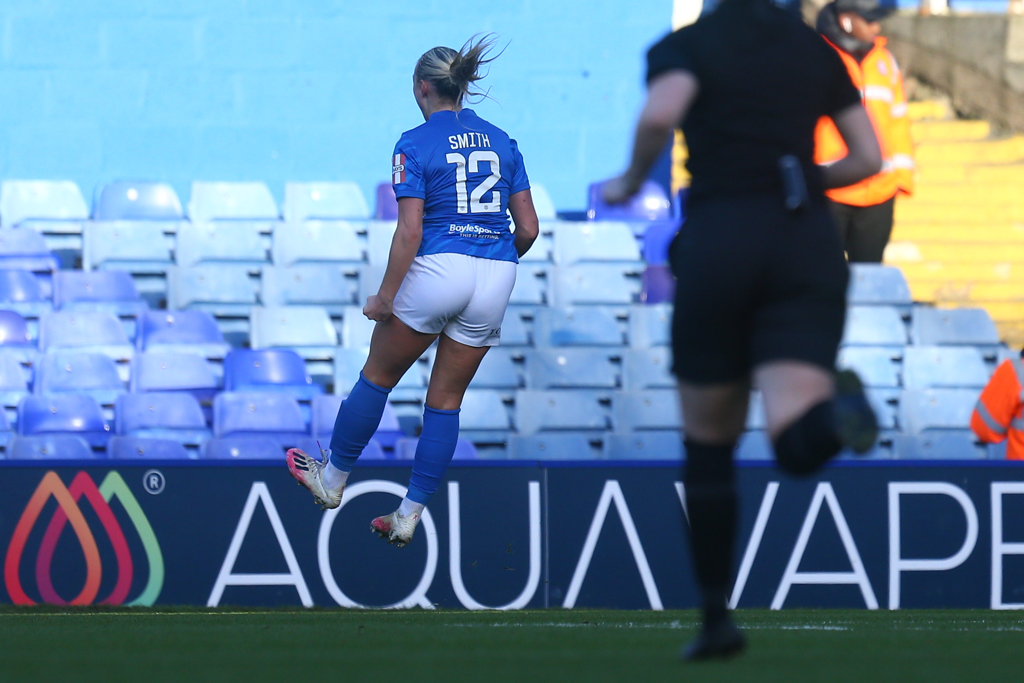 Libby Smith celebrates her first goal for the Club.