John Eustace's team head into the second West Midlands clash in the space of a few days brimming with confidence and riding high on a wave of momentum generated by back-to-back league wins.

The latest of these came at West Bromwich Albion on Wednesday night and backed up the three points collected at Preston North End earlier this month.

Visitors Coventry earned a point on the road at Luton Town midweek but are still searching for their first win of a disrupted campaign as they visit St. Andrew's

A minute’s silence will be held beforehand, with black armbands to be worn by participants and the National Anthem to be played ahead of kick-off, 3pm. 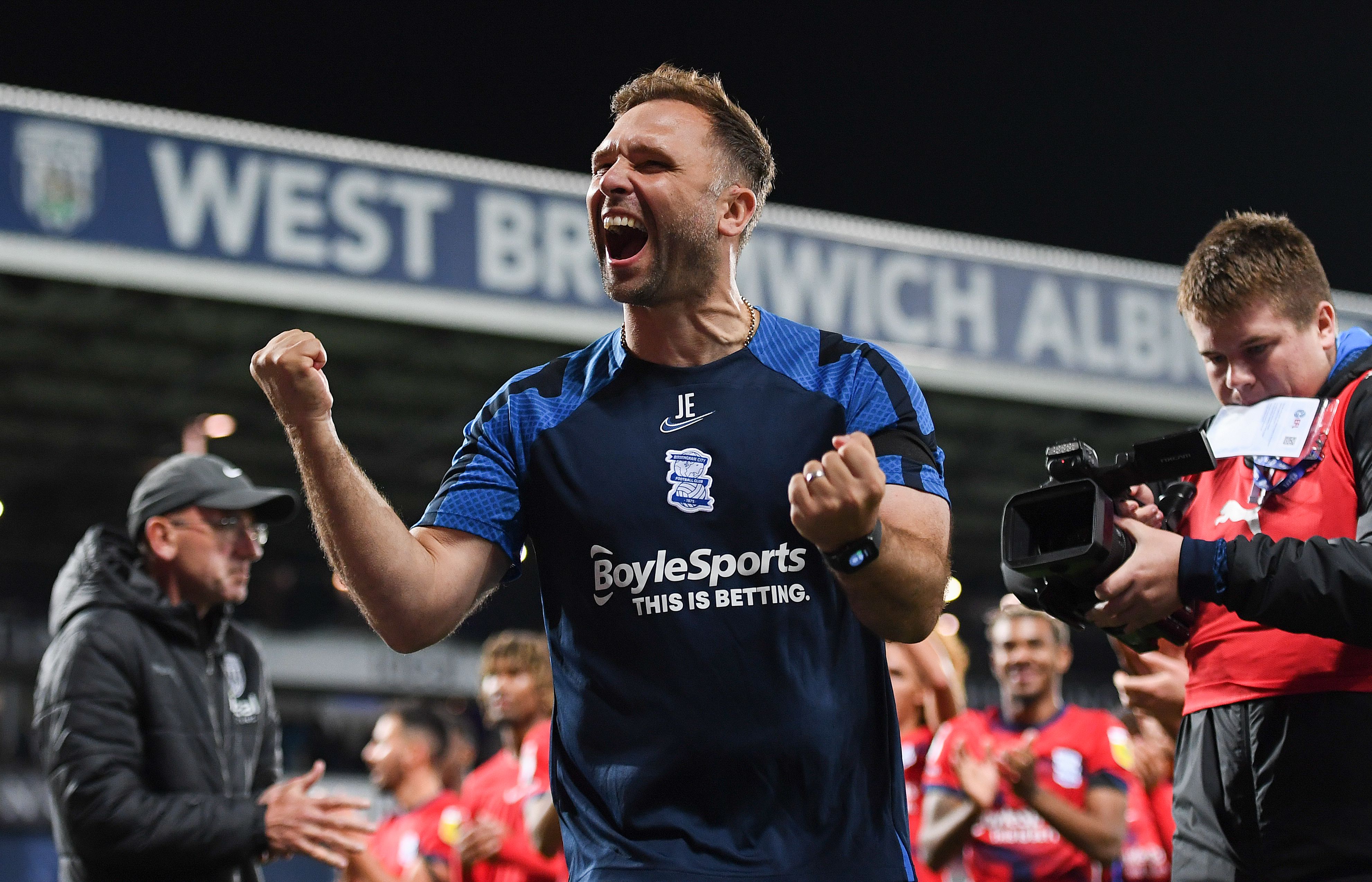 Those attending are urged to enjoy the game in a safe and positive manner, recognising the impact that any anti-social behaviour will have on other spectators. The Club reiterates its zero-tolerance policy on violence, drunkenness and pyrotechnics. In particular, any individual carrying, lighting or throwing pyrotechnics will be arrested and also subject to possible legal action. Supporters are also reminded that there is no place for any discrimination within football and Birmingham City will continue to push for its eradication across the game.

Coventry are desperately looking to kickstart their season after the disruption has seen them have four home matches postponed, with three of these due to pitch issues at the Coventry Building Society Arena.

Of the six games they have completed, the Sky Blues are winless and without anything to their tally in CV6. The two points that they have gained so far have come in draws at Sunderland and Luton, on each occasion finding fighting spirit to equalise.

Both of these matches have seen last season's leading marksmen Viktor Gyokeres strike and, after his 18-goal haul of 2021/22, the Sweden international will be hoping that the goals can continue to earn points for Mark Robins' men.

The Sky Blues boss boosted his ranks with seven summer arrivals, including Kasey Palmer for an undisclosed fee from Bristol City and the loan capture of Nottingham Forest's Jonathan Pazo. However, they did lose solid centre-back Dom Hyam to Blackburn Rovers at the end of the transfer window and defender Michael Rose is set to be absent this weekend after picking up an injury against the Hatters on Wednesday. 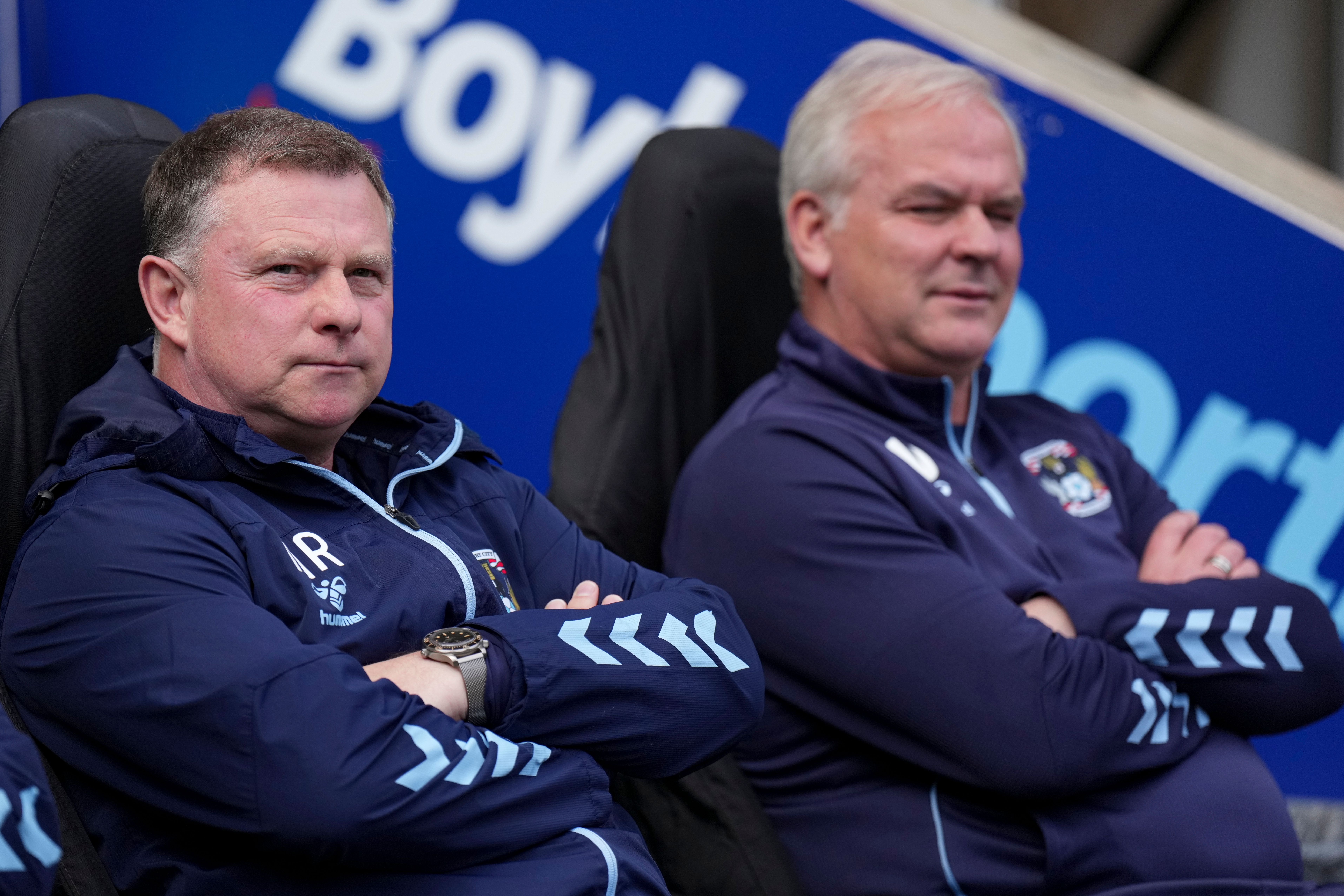 Mark Robins is in his second spell as Coventry City manager.

Blues produced a memorable performance as they won away at West Brom on Wednesday night. Scott Hogan hit the Club's first hat-trick since 2019 as Eustace's side proved too much for Albion. Hogan opened the scoring after 14 minutes and although Jed Wallace levelled midway through the first-half, Birmingham were not knocked off course and two further finishes saw the number nine complete his treble. Brandon Thomas-Asante's late penalty gave the hosts a sense of hope, but this proved merely a footnote to what was a first win at the Hawthorns in 17 years.

Coventry twice came from behind to collect a point at Kenilworth Road on the same evening. Three strikes inside the opening quarter of an hour, two of which came from Carlton Morris either side of Gyokeres' leveller appeared to have the points heading Luton's way. However, the Sky Blues had other ideas and a thumping long-range effort from Gustavo Hamer meant the spoils were shared. 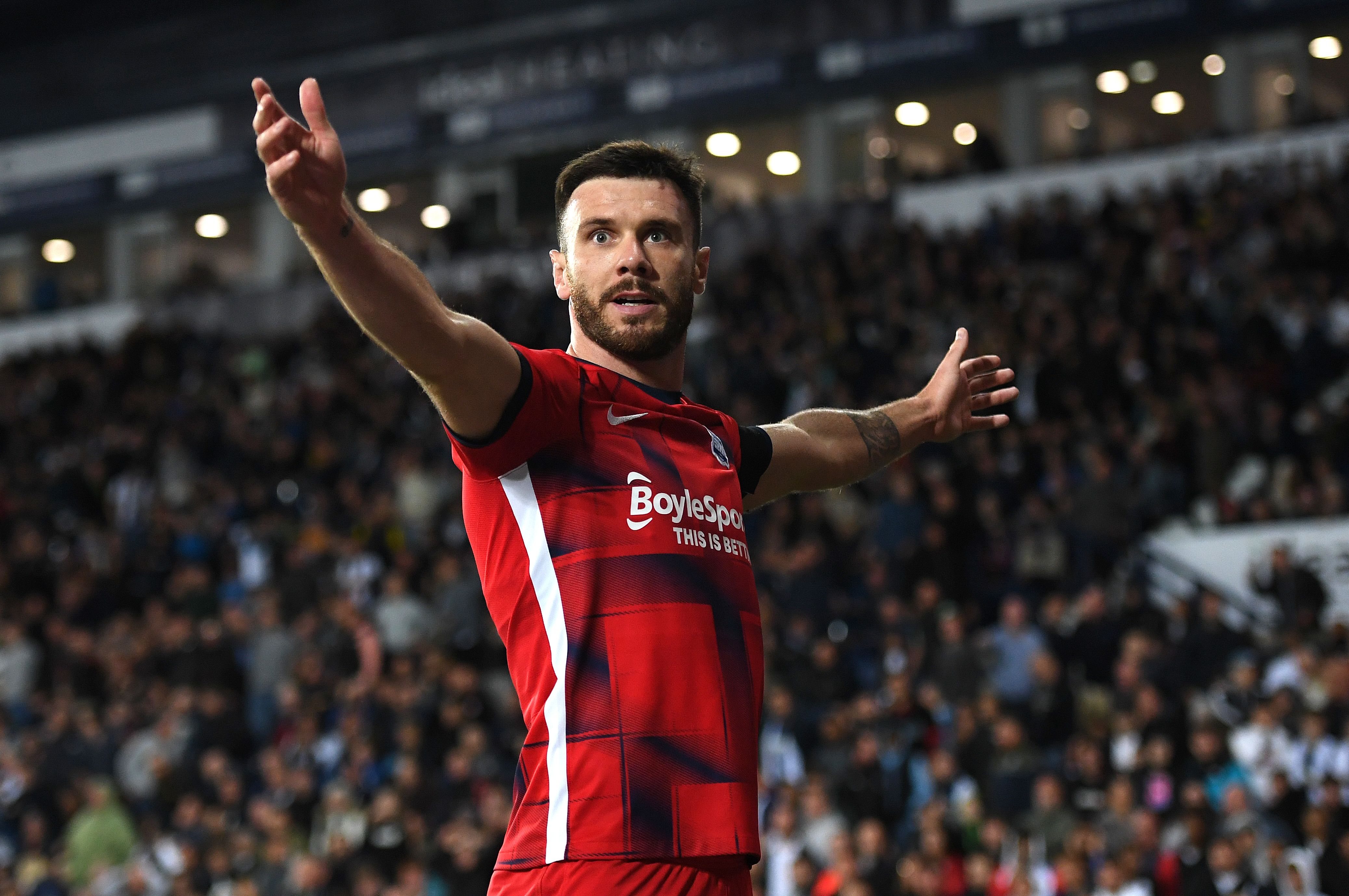 Scott Hogan after completing his hat-trick versus West Bromwich Albion.

Blues let slip a two-goal lead when their West Midlands counterparts visited B9 on Good Friday. Despite leading 2-0 after 39 minutes, with headers from Kristian Pedersen and Gary Gardner, the visitors were level by half-time. Ben Sheaf struck twice to wipe out the advantage and second-half goals from Michael Rose and Callum O'Hare gave the Sky Blues victory. 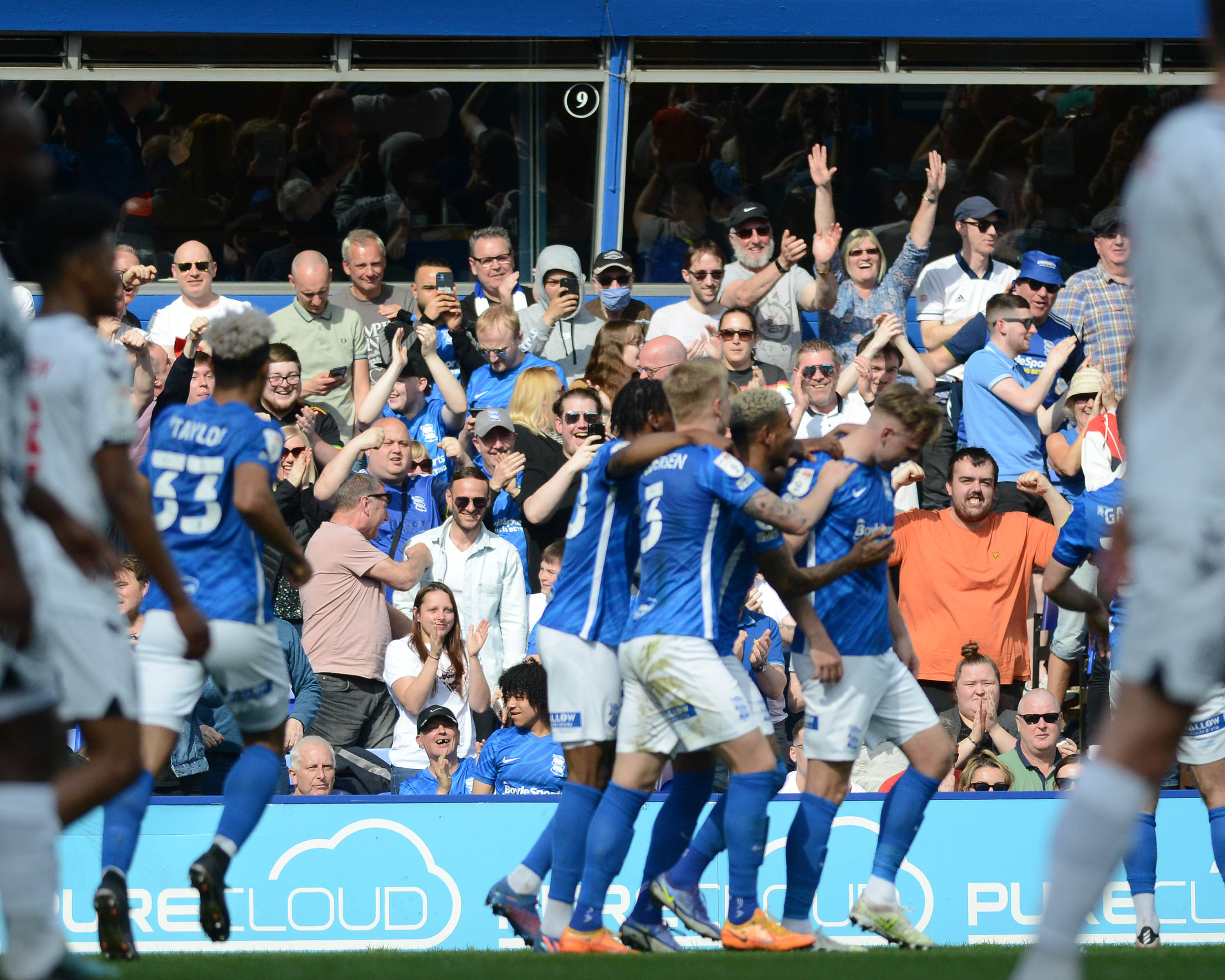 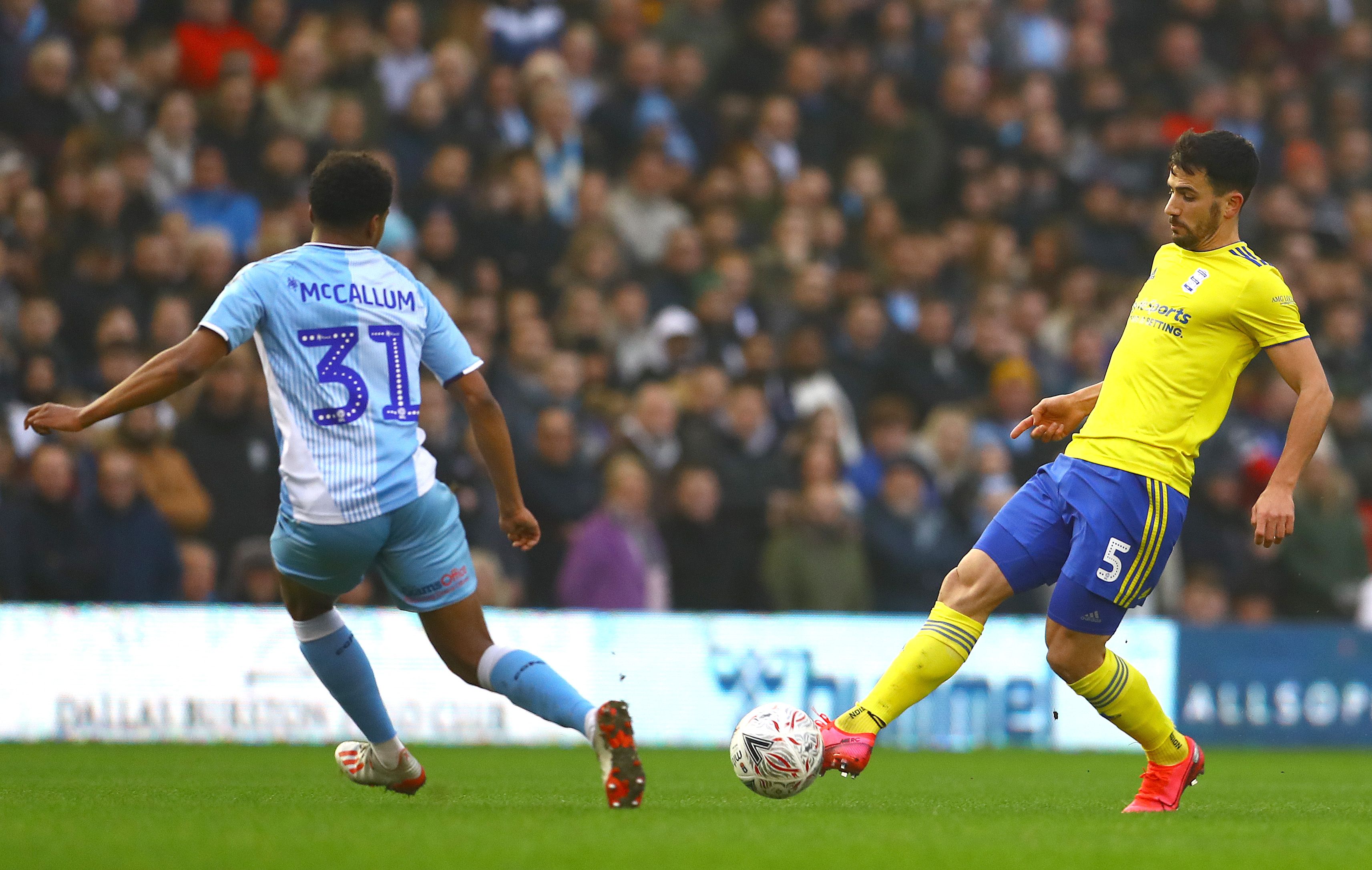 Maxime Colin during an Emirates FA Cup against Coventry City at St. Andrew's in January 2020. 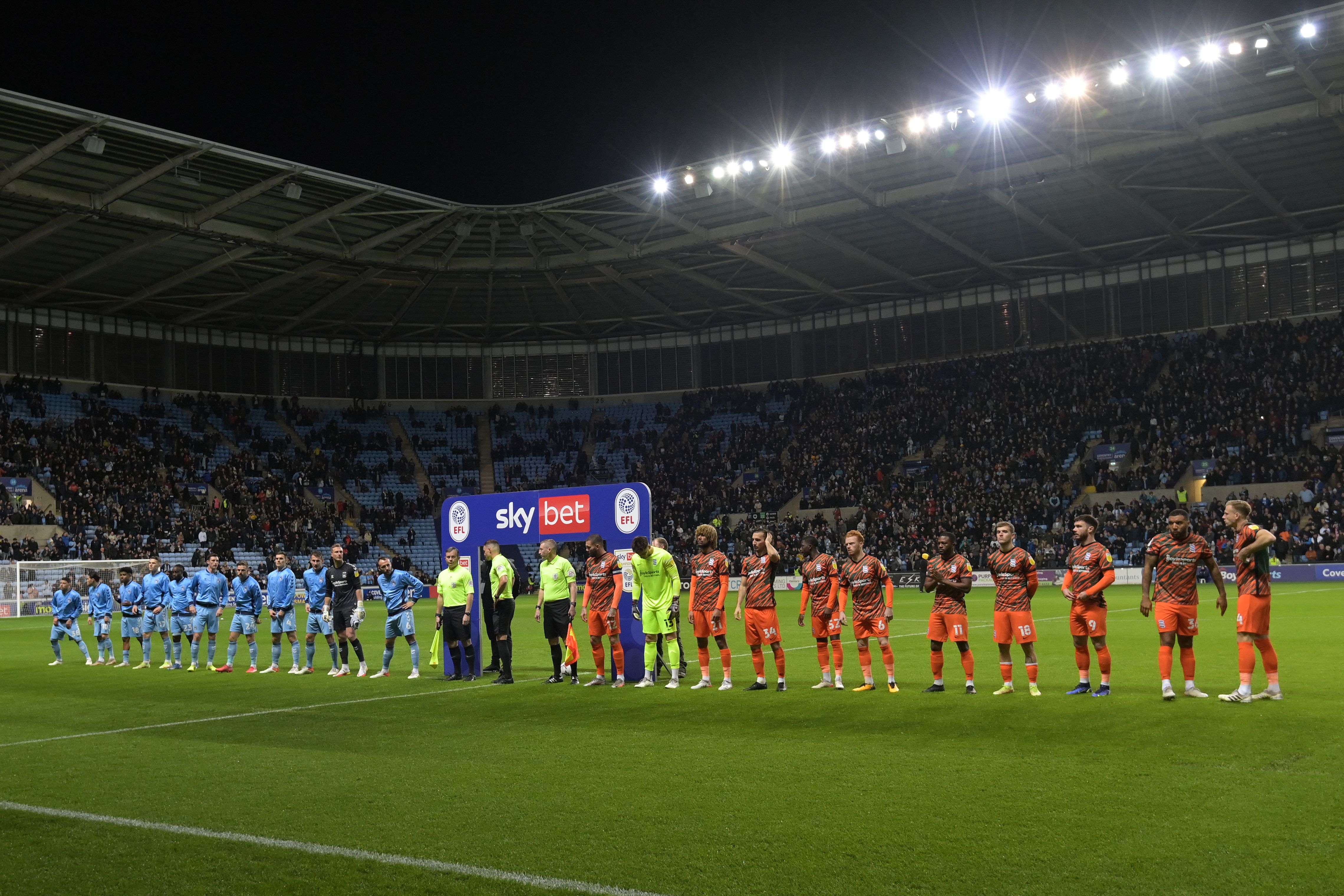 Blues line up to face Coventry City away from home last November.

International subscribers will be able to watch our game against Coventry City on BluesTV. There is no pay-per-view for this fixture.