Blues travel to Preston North End in the Sky Bet Championship this Saturday.

The 3pm kick-off is the second league fixture of 2022 for Lee Bowyer’s men and their first on the road, with Saturday’s trip to Deepdale the 47th in the Club’s history and also one that presents the opportunity to record consecutive away wins over the Lilywhites for the very first time.

Three points in the North West would be the perfect tonic after a narrow defeat to Queens Park Rangers in the Championship earlier this month, as Blues work their way back to full strength and embed their new recruits.

Preston have had more fortune in January, collecting three points from their opening game of the year away to Stoke City, coming from behind to win their first game for three weeks after a series of postponements during December.

Supporters attending the match in Lancashire are reminded to familiarise themselves with the recently introduced COVID-19 protocols for attending matches.

One of the above must be provided for admission to the stadium.

Preston North End are yet to take a dip in the transfer window waters but have looked refreshed since making a significant switch towards the end of 2021 when they sacked Frankie McAvoy and appointed Ryan Lowe, a manager who had previously had success in the North West with Bury.

In his first two games, the 43-year-old oversaw back-to-back 2-1 victories at home to Barnsley and then on the road in the Potteries, with such successes, that have lifted them towards the division’s top-half, accounting for a quarter of the team’s league victories this term.

The four counters in these two games included one for Daniel Johnson – the winner against the Tykes – before he was also on target in last weekend’s FA Cup defeat at Cardiff City. That was the midfielder’s fourth of the campaign, eight fewer than leading marksmen Emil Riis Jakobsen.

His latest of 12 goals to date came at the end of November away to Middlesbrough and these efforts are coupled with four assists. Although it is at the opposite end that North End need to be more clinical, having kept a clean sheet in only 22% of their Championship games – the last of which came in their final outing of October. 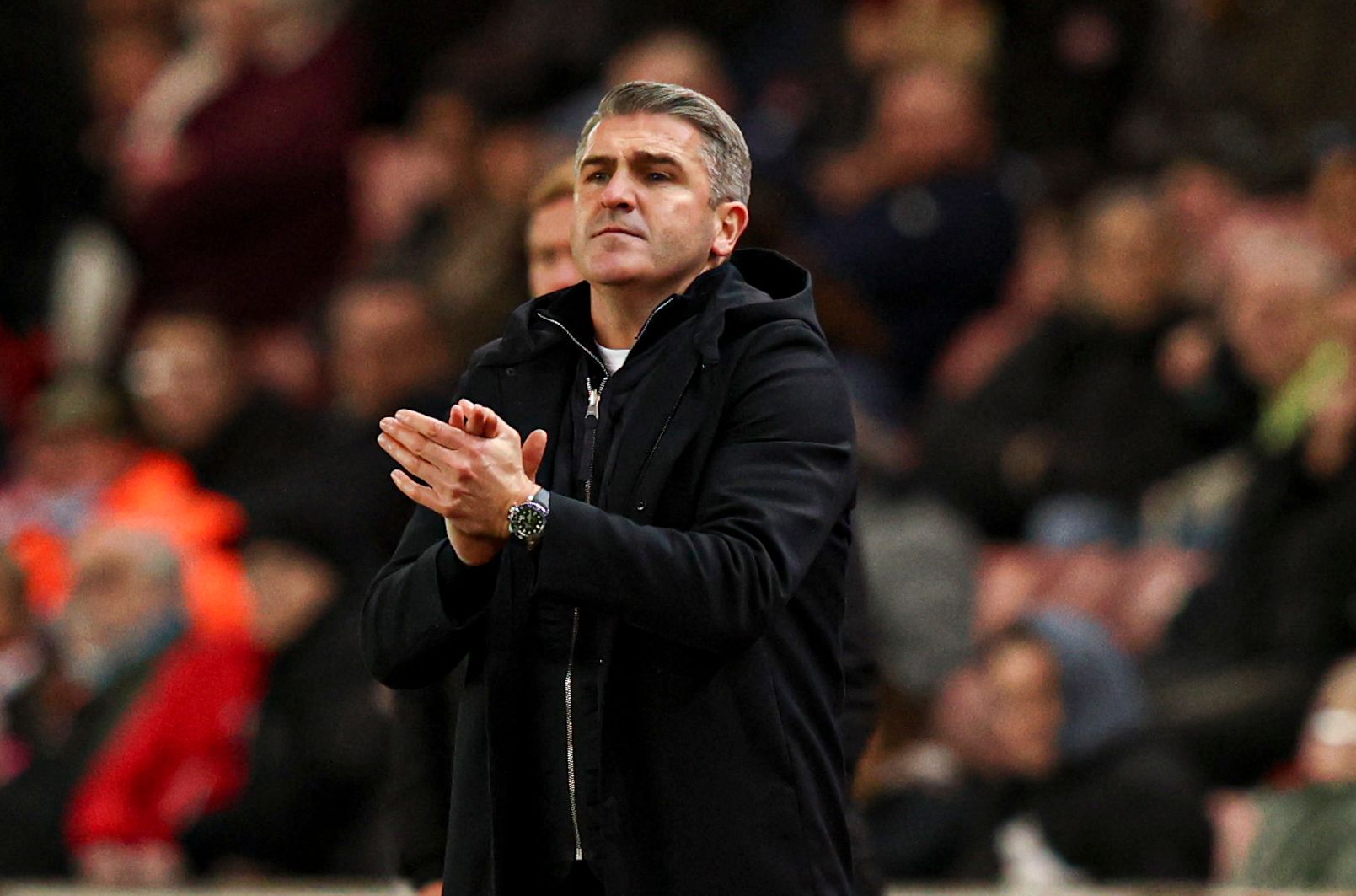 Blues were beaten in their latest match as they exited the Emirates FA Cup on Saturday. Ryan Law’s extra-time goal for Plymouth Argyle decided the tie after George Friend was sent off for a second bookable offence with 20 minutes of normal time remaining. The fixture saw both Jobe Bellingham and Josh Williams come off the bench to make their professional debuts, with Tate Campbell achieving his first senior start.

A day later, Preston were also knocked out in the third round, going down by a single-goal margin in the Welsh capital. As at St. Andrew's, the game went into overtime after Johnson’s second-half spot-kick cancelled out Isaak Davies’ first Bluebirds goal. However, with just four of the additional 30 minutes left on the clock, Mark Harris popped up with the winner. 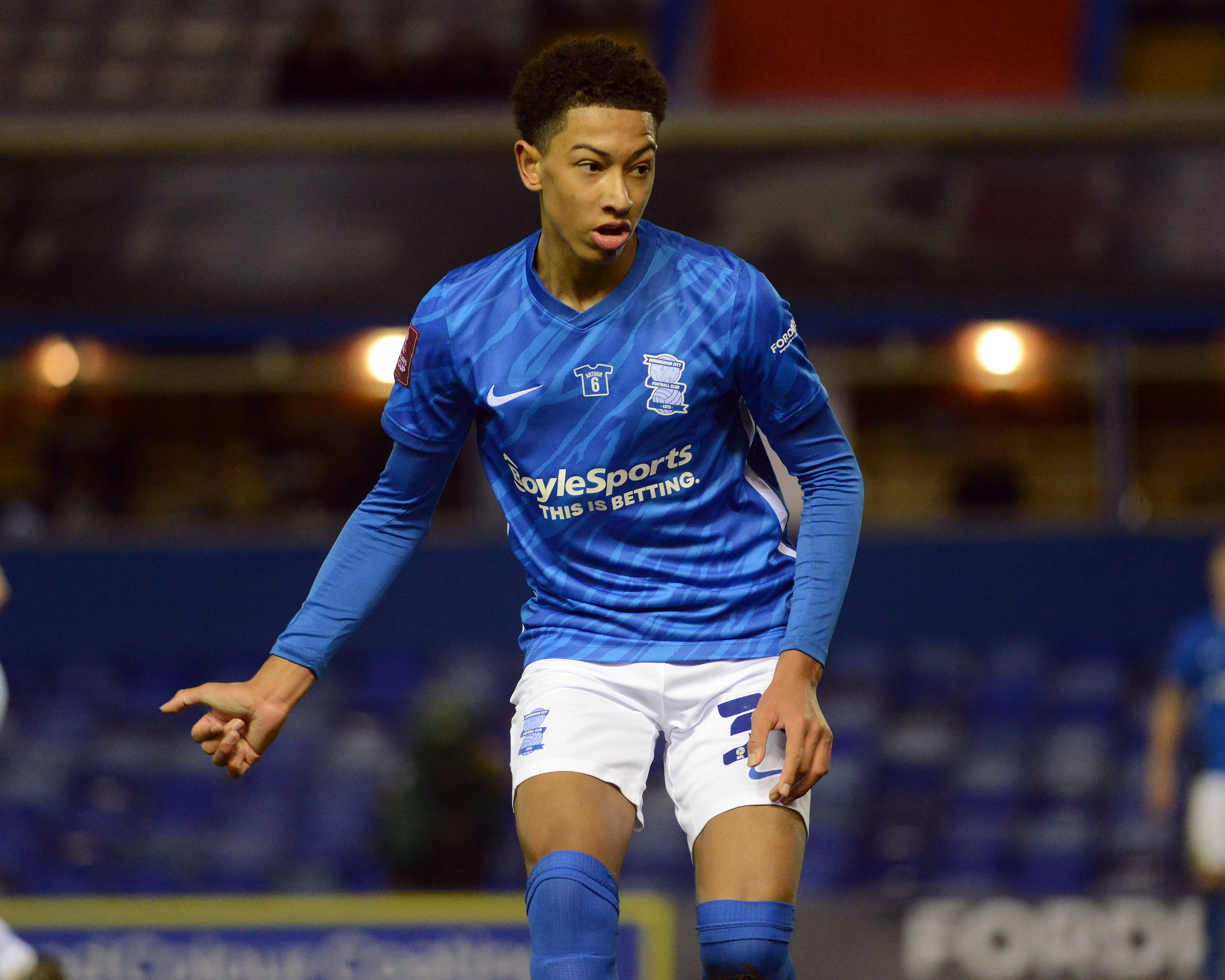 Jobe Bellingham in action as he became Blues' second-youngest player of all time.

The hosts came closest to finding a winner when the two sides met at St. Andrew’s earlier this season. Troy Deeney’s header that cannoned off the goalframe just minutes after the referee’s first whistle was one of few chances in a tight affair. Tahith Chong and Josh Earl tested either ‘keeper ahead of the break before Jeremie Bela saw an effort cleared off the line late in the second-half on an afternoon when the defences came out on top. 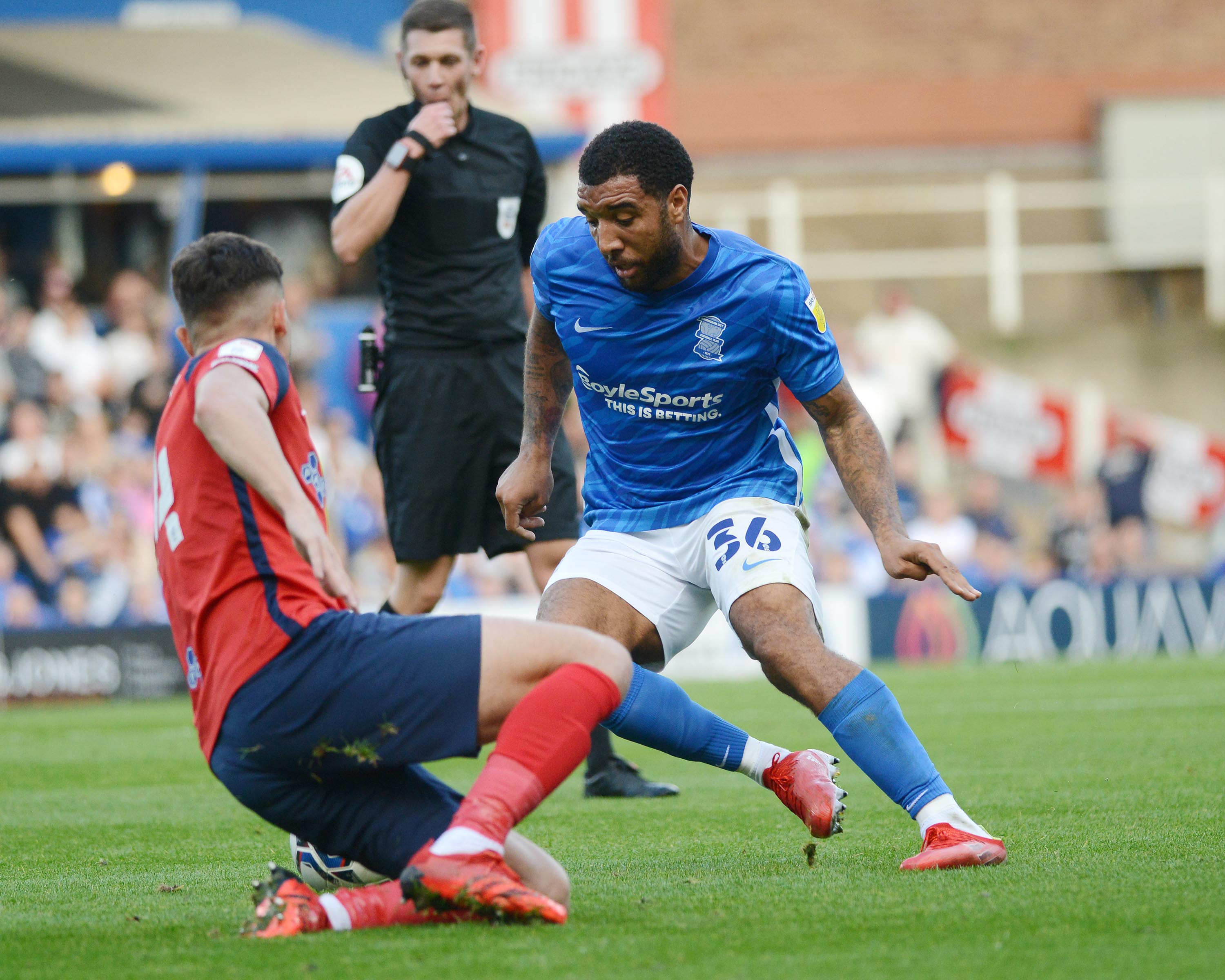 Troy Deeney takes on Preston North End in B9. 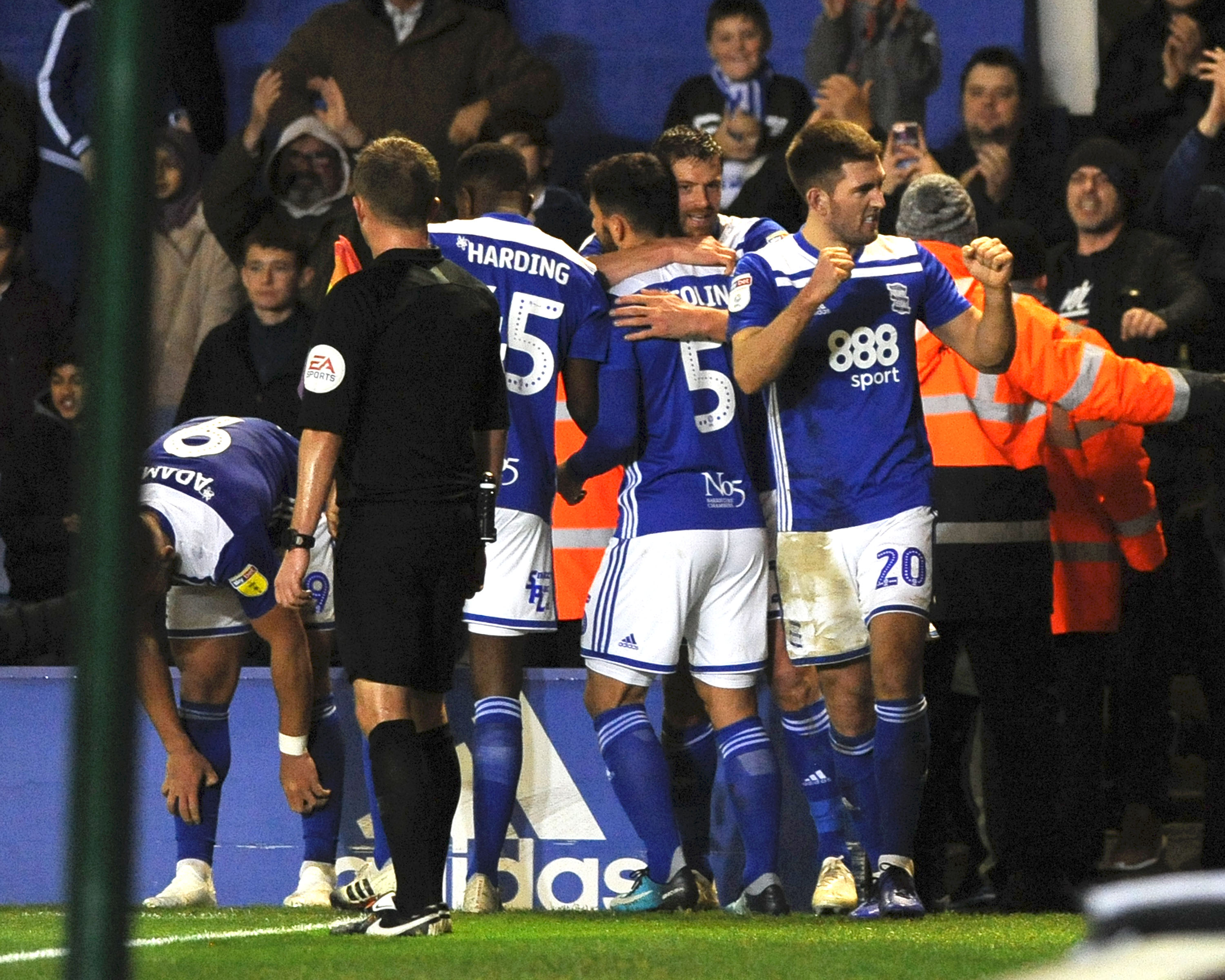 Blues celebrate during their 3-0 win over Preston North End in 2018. 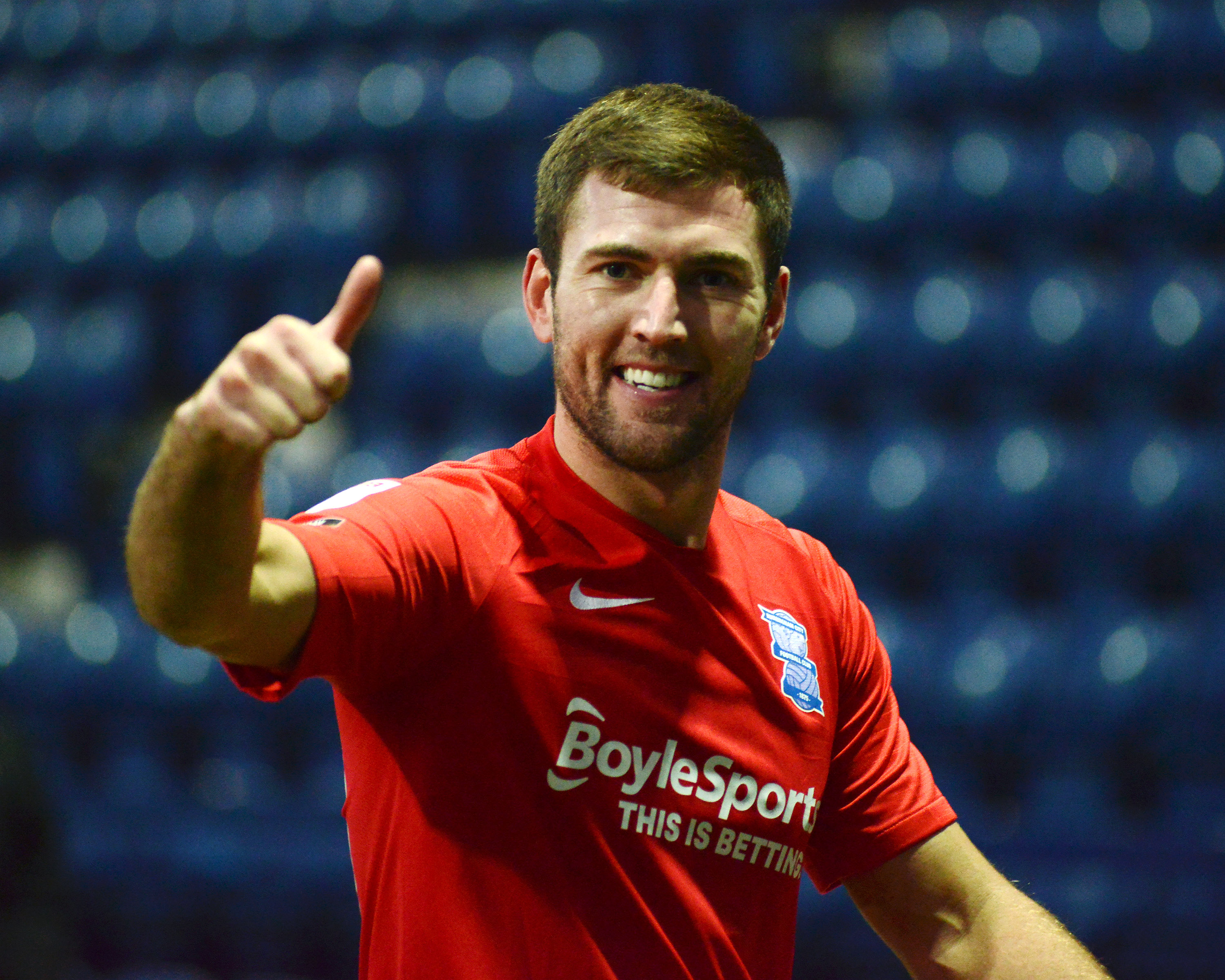 International subscribers will be able to watch our game against Preston North End on BluesTV. There is no pay-per-view for this fixture.