Blues Women recently hosted a female coaching event, in partnership with the Birmingham County FA, at St. Andrew’s that was a huge success.

The evening opened with an introduction from RTC Manager Jonathan James, who then introduced Chantel Hunter from the BCFC Community Trust.

This provided an insight into the Trust and the work that they do around the community, as well as exploring the opportunities for coaches within that.

Jonathan went on to discuss Blues’ RTC mission statement and showed the attending coaches how it links to the coaching culture that Blues Women are aiming to create throughout their pathway. 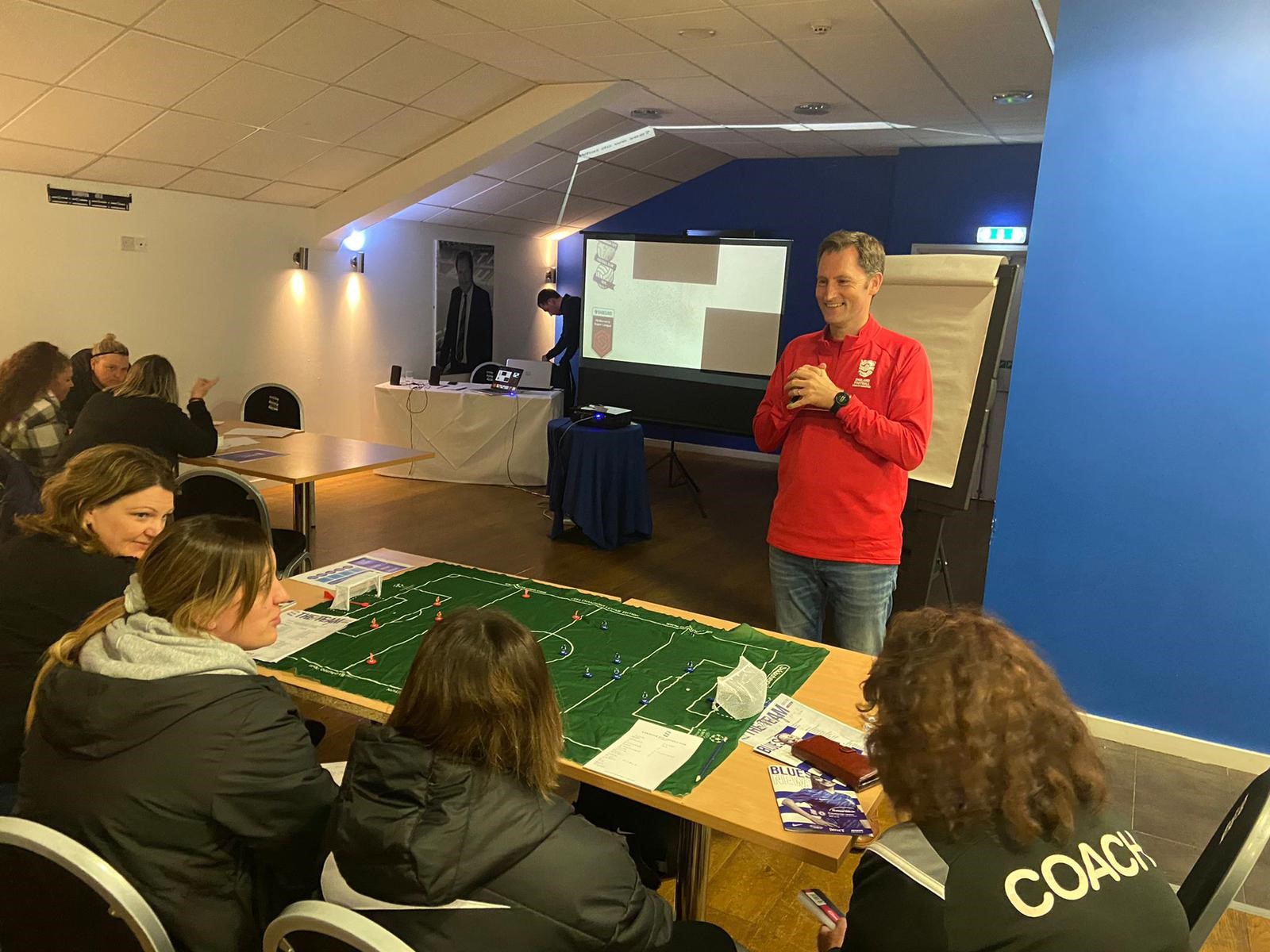 Martin Harrison discusses tactics with some of the coaches.

Some feedback was left by the coaches in attendance at the event:

“Thanks Birmingham City for this event. I have enjoyed learning more about the female game and expanding my network of female coaches. Thanks for inspiring me to keep learning."

“I really enjoyed the event, I haven’t done a CPD event for ages so was good to get out there and do one. BCFC were great hosts and look forward to more there.”

“I jumped into volunteering at Wrens Nest Youth when my child’s team were without a coach. I had never done anything like this before and found it scary at first. But the support from Wrens Nest and the FA has been fantastic and then to have the support of a big club like Birmingham City is just outstanding! The experience of the workshop with Birmingham City supporting females in football was great and really empowering. I came away feeling really positive and with a lot more self-confidence to keep pushing the boundaries to support my grassroots team in their development through football.”

Thank you to all the coaches that attended, and we look forward to hosting further coaching events in the 2022/23 season.

We would also like to extend our thanks to the FA and Birmingham County FA for their support with the event.